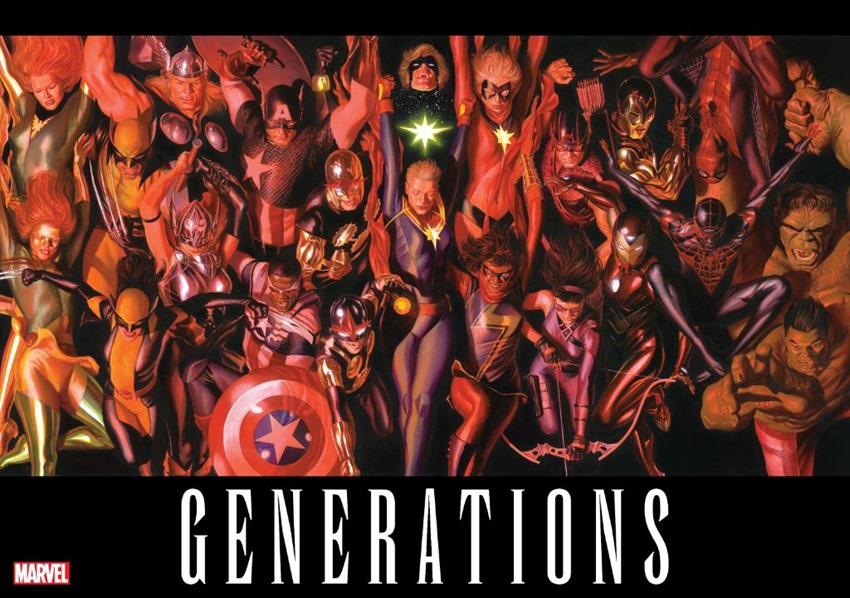 Marvel Comics releases teaser trailer for their GENERATIONS series – coming this August. More information and the trailer below courtesy of their press release. 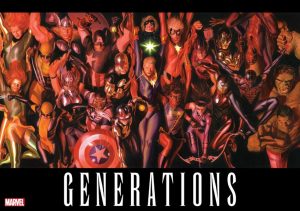 New York, NY—July 13, 2017—In a flash, the Marvel heroes are offered a gift: to stand shoulder to shoulder with those who came before them! Today, Marvel is excited to release a GENERATIONS TEASER TRAILER!

The stories of GENERATIONS begin at the Vanishing Point where time has no meaning, and these epic tales offer fans a direct bridge and prelude into the senses-shattering Marvel Legacy, as the challenges and revelations of GENERATIONS will alter the destinies of our heroes moving forward in a dramatic fashion!

Be there for the can’t-miss 10-issue weekly series beginning this August! To find a comic shop near you, visit www.comicshoplocator.com or call 1-888-comicbook.

Marvel, a wholly-owned subsidiary of The Walt Disney Company, is one of the world’s most prominent character-based entertainment companies, built on a proven library of more than 8,000 characters featured in a variety of media over seventy-five years.  Marvel utilizes its character franchises in entertainment, licensing and publishing.

Oscar Opportunity: Why There Are So Many Last-Minute Entries in the 2018 Awards Race