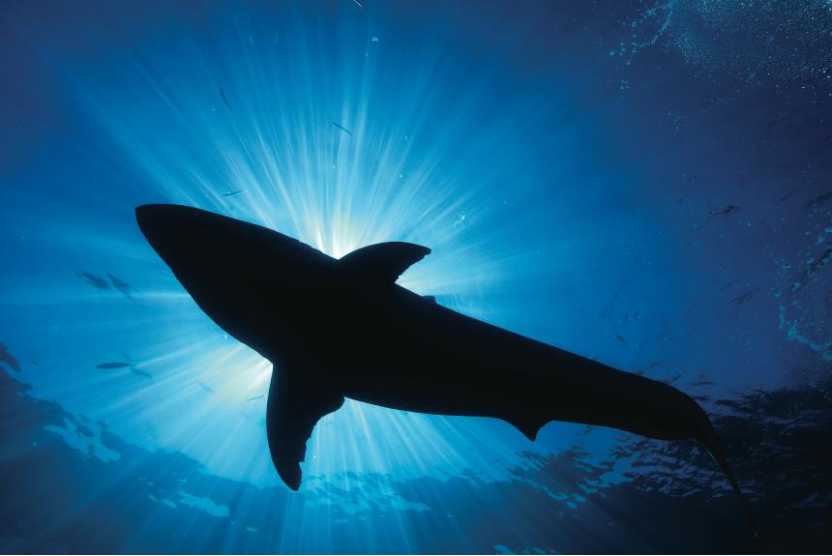 “It’s the most wonderful time of the year!”

As soon as my friends see me post this on social media, they know what I’m talking about, and it’s not Christmas.

I’ve been an avid fan of Discovery’s Shark Week offerings as long as I can remember. I can’t wait to snuggle into the couch with a snack and a glint in my eye and start watching. It’s the next best thing to SDCC for me.

Social media has enabled me to share my love of sharks with my friends and followers by posting RSFs, or Random Shark Facts, that I glean from each of the specials that airs. I pick whatever fact is most interesting to me in the moment and post it. It’s random because it happens when it happens during the show; I don’t wait until the episode is over to pick one favorite fact.

I wasn’t always a shark lover; having been traumatized by Steven Spielberg’s Jaws when I was a child, I set about learning everything I could about sharks in order to allay my fears. I still have a bit of fear whenever I swim in the ocean, but it’s more of a healthy respect now that I’ve seen so many specials and learned so much about shark behavior.

Join me this week as I live Tweet RSFs during each special I’m able to watch when it first airs (Pacific Time), and then again at the end of it all for a recap/review of the specials. It’ll be fun and informative!

Did you know when a shark launches itself vertically underneath its prey, it’s called a Polaris attack? Do you want to know more? Follow me at @dezbot on Twitter and let’s get randomly sharky!

You can find the full schedule with descriptions HERE