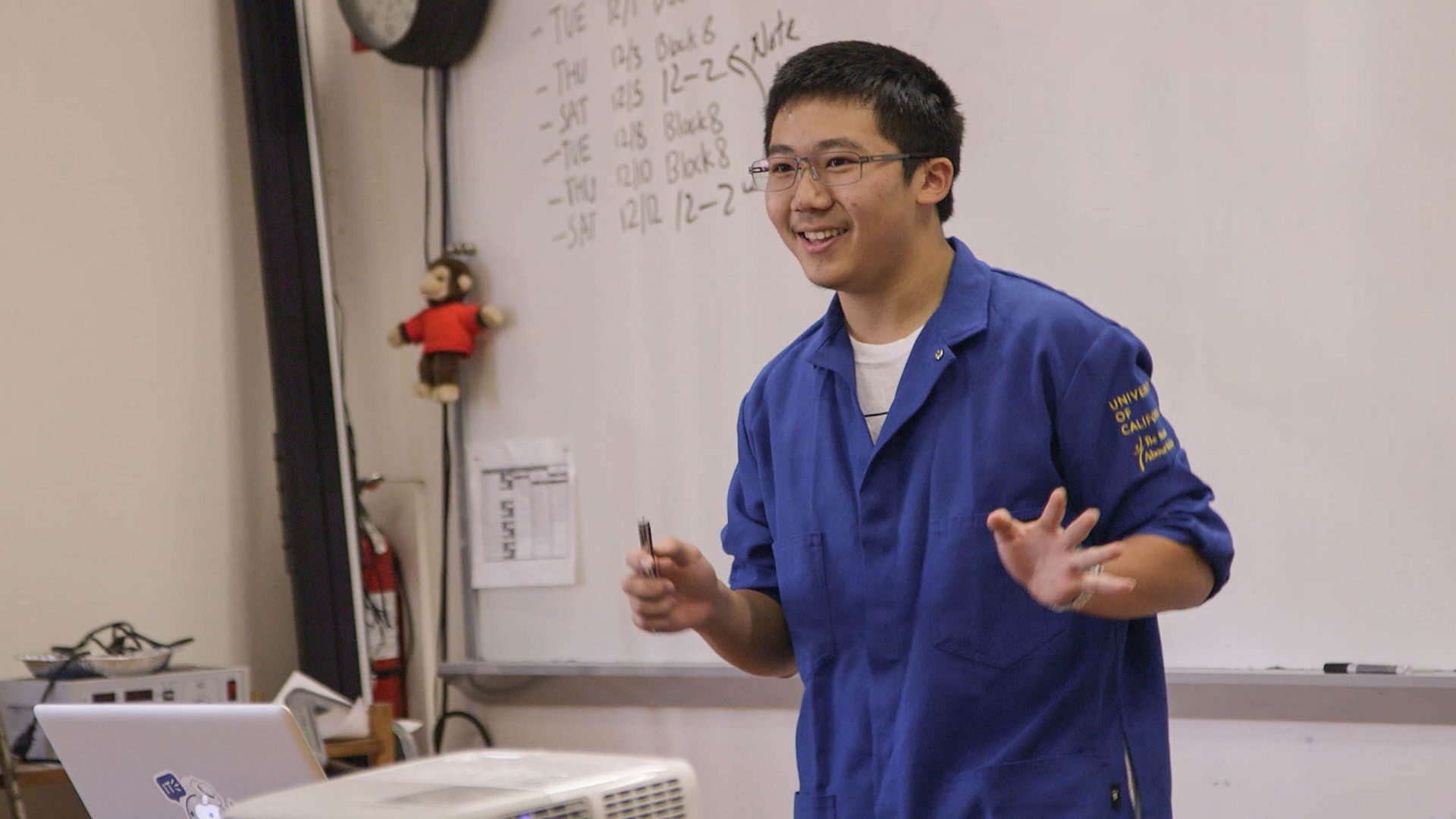 Lowell High school is a public magnet school located in San Francisco Unified and is the subject of Debbie Lum’s documentary, Try Harder! The oldest public high school west of the Mississippi, Lowell consistently ranks #1 in the western region, while being recognized as a National Blue Ribbon School on multiple occasions. While Lowell High school is a public high school it is a magnet school that allows the school to have selective admission.

These selective admissions allow Lowell to have a base of high-performing students who make up its student population. To the average person, this might seem wonderful but as Debbie Lum explores in this documentary there are pains and heartache that come with being a top 1% er.

Early on you see that these aren’t your typical students. One student claimed fairly early in the film “ You get used to feeling mediocre” in a school full of high-performing individuals. To these children getting into a top university is a must or you are an automatic failure. One student claimed, “You see a lot of freshmen wearing Stanford jerseys, by the time they are juniors you don’t see those anymore”.

The documentary follows several students Alvin, Ian, Shea, Sophia, and Rachel as they try to navigate the college admission process. Alvin is full of personality, which is probably why he is the focal point of this film. While his goofiness and charm remind you he is a teenager, the crushing pressure he is under by his “Tiger Mom” and the overwhelmingly high standards he puts on himself remind you he is much more than that. Ian’s mother takes the opposite approach and wants him to focus less on grades and more on understanding himself. While Ian is still a high performer the difference in his psyche is extremely noticeable. While he also worries about college, he doesn’t seem nearly as stressed out as the other individuals. Shea is a junior and isn’t involved as much in the college process in the beginning but he is different in that he has an unstable home life where he has to take care of himself the majority of the time. Shea is driven and he goes back and forth on whether or not going to a top 20 school is essential to success. Sophia is cool calm and collective. She has confidence in herself and her abilities, she even mentions that she doesn’t find the curriculum at Lowell too difficult. She has several extra-curricular activities as well and a part-time job. Rachel is a biracial student who alludes to certain racism in the school. At one point she mentions that a student told her that they didn’t realize black people cared about grades. She has a hard time defining herself as either black or white. Knowing that being African American in the college admission process will benefit her steers her decision. All of these students approach the pressures of “succeeding” differently, which makes for an interesting look into their psyche.

There are several things that I believe Debbie Lum wanted to address in this documentary. Early on it is made clear that most of the population of Lowell is Asian, and it is hinted that being Asian comes at a disadvantage during college admissions. At one point we were told that a Stanford representative that visits the school made a comment alluding to limiting the number of Asian students they allow in for diversity. With a lot of the student body of Lowell applying to Ivy Leagues, Stanford, and the UC system, acceptance to these is growing harder to come by for this reason. The students are also referred to as robots, unfeeling machines that only concentrate on grades. This might be the truly heartbreaking part of the documentary as these are children after all. The documentary displays the vast personalities of its subjects and they are anything but robots.

Lum does a good job showcasing the pressure that these students have to handle daily, and you can’t help but cheer for every single one of them. Definitely add Try Harder! to your watch list.

Sundance Overview, or How I Learned to Sundance, Albeit Virtually