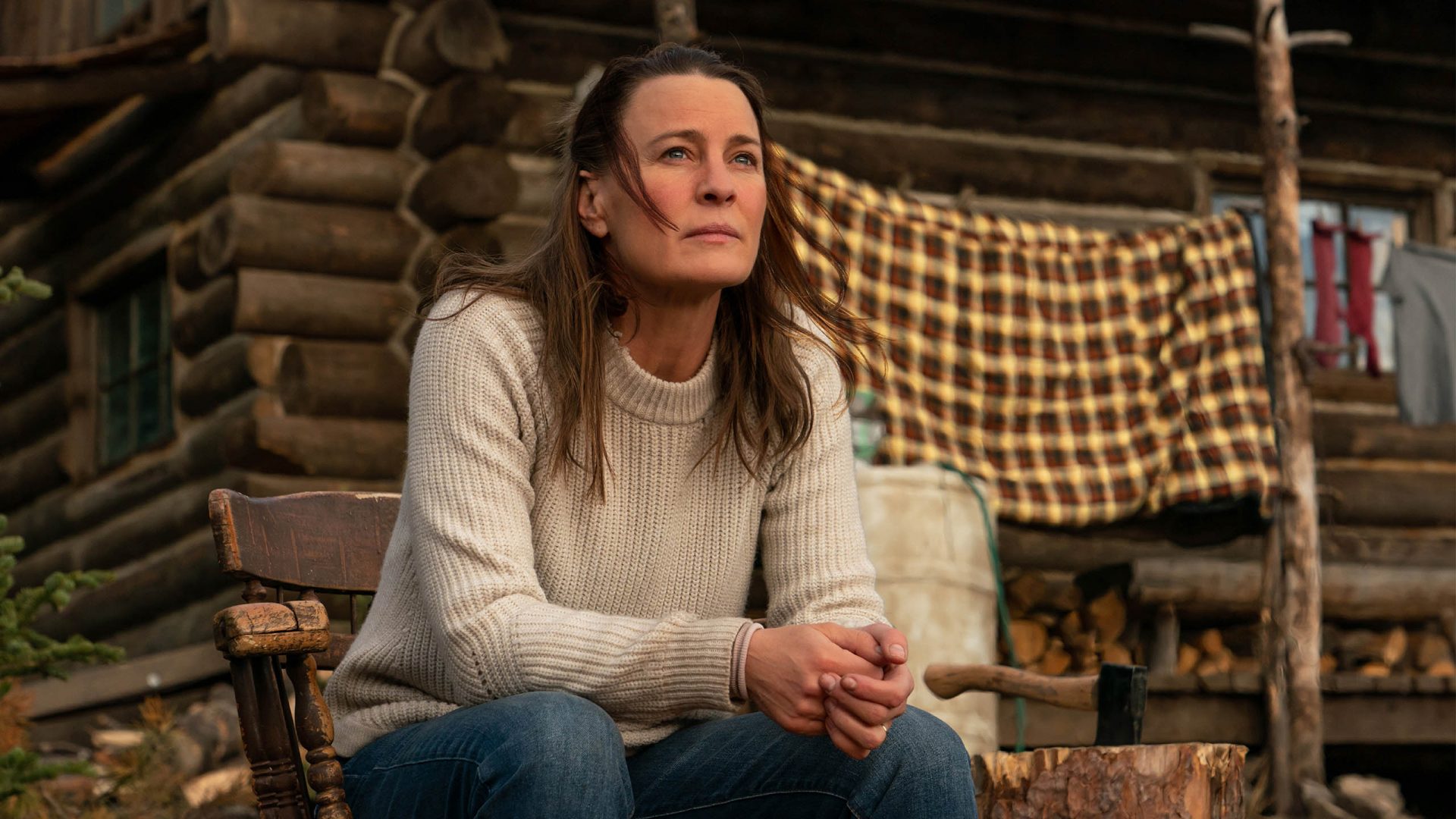 LAND is Robin Wright’s feature directorial debut. The film is written by Jesse Chatham and Erin Dignam (Loved, Denial). The synopsis for LAND is below:

When Edee’s (Robin Wright) life is tragically altered, she loses the ability to connect with the world and people she once knew. She retreats to a forest in the Rocky Mountains with a few supplies and leaves her old life behind indefinitely. She struggles to adjust and prepare for the winter ahead. When Edee is caught on the brink of death, a local hunter and his family miraculously save her, but she alone must find a way to live again.

The trailer for LAND:

Robin Wright pulls double duty, starring behind of and in front of the camera, which is something she has done previously with House of Cards. Wright’s performance is understated but impactful. She is perfect as Edee and as a director, she brings out great performances in her co-stars. Wright makes you feel her emotions and relate to what she’s going through.

LAND doesn’t overexplain anything, Edee’s motives for getting away are laid out early in brief flashbacks but you still don’t know quite what she wants to get out of her isolation. Is she taking time to reset herself or is living just too much with the heartache she is experiencing?

Wright spends much of the runtime alone, Demián Bichir (A Better Life, The Hateful Eight) spends the most time with her. Bichir is Miguel, a hunter who finds Edee in a precarious position and is extremely generous in helping her to be more self-reliant. Bichir is a good match for Wright and brings warmth whilst being guarded. They are similar characters and play off each other well. Sarah Dawn Pledge (The Curtain) has extremely limited screen time as Alawa, Miguel’s friend who helps Edee when at her lowest. Despite this, Pledge makes a strong impression.

Bobby Bukowski’s (Boogeyman, The Messenger) cinematography is quite stunning. He keeps it simple and lets the beautiful surroundings do much of the work. LAND is not a film that requires camera gimmicks, that would only serve to distract from Robin Wright’s performance. It’s shot beautifully and serves the story well.

The sound of the film is perfect for the tone and the quietness of the performances on show. Ben Sollee (Beauty Mark) and Time for Three are the composers. The score is fairly sombre, especially in the first half of the film, but it refrains from being overbearing. There is a lot of ambient sound as the composers try to bring the audience into the natural surroundings. The score is important in such a self-reflective film and the composers pull it off nicely.

LAND is the sort of movie that stays with you and I felt it for a long time after. The audience feels what Edee is feeling, the tragedy she experiences. Yet they manage to imbue the film with a feeling of hope, so it’s not a totally depressing watch. It’s a hard balance to convey true despair and emptiness but then build something more uplifting without it feeling unearned.

We can all relate with isolation given the world we now live in but perhaps we can’t relate to the human kindness on show. It’s a timely reminder of the strength we can gain from each other and how human connection is truly important to our survival.

The narrative is fairly basic with nothing new on show but it is so well executed that LAND is still worthwhile viewing. LAND is well directed and well-acted by Robin Wright, it is an extremely strong feature debut for her as a director. Its short runtime of 89 minutes is perfectly timed for such an intimate and quiet film. I highly recommend LAND; it was one of the strongest films on show at the recent Sundance Film Festival.

Try Harder! A Wonderful Documentary about the Evergrowing Pressure of College Admissions