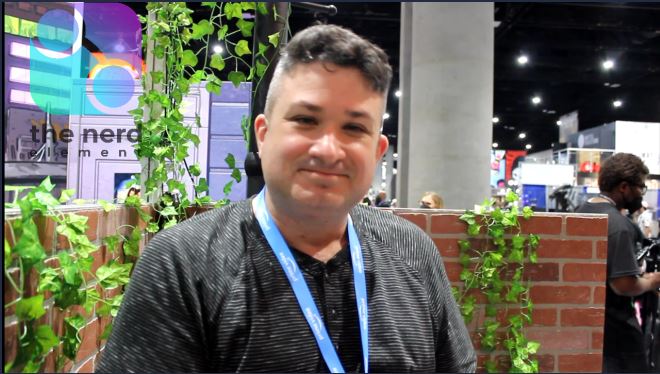 The Minnesota native recently appeared at San Diego Comic-Con 2022 to sign books at IDW’s booth. The Nerd Element spoke to him about his upcoming title, “Godzilla: Monsters & Protectors –  All Hail The King,” a follow-up to his “Godzilla: Monsters & Protectors.” The new five-part series features the returning trio of writer Burnham, illustrator Dan Schoening, and colorist Luis Antonio Delgado. The first issue will be on sale October 12, 2022.

In “Godzilla: Monsters & Protectors – All Hail The King,” three middle-school students need to figure out how to stop Godzilla from attacking, which is not easy when Xiliens are involved!  The Nerd Element spoke to Burnham at the IDW booth about the new story, including what got him into comics and Godzilla and what parameters Toho International, Inc., sets for the use of the Big G in non-Japanese properties.

Learn more about Erik Burnham at https://www.burnhamania.com/ and find where you can purchase the new “Godzilla” comic at https://www.idwpublishing.com/