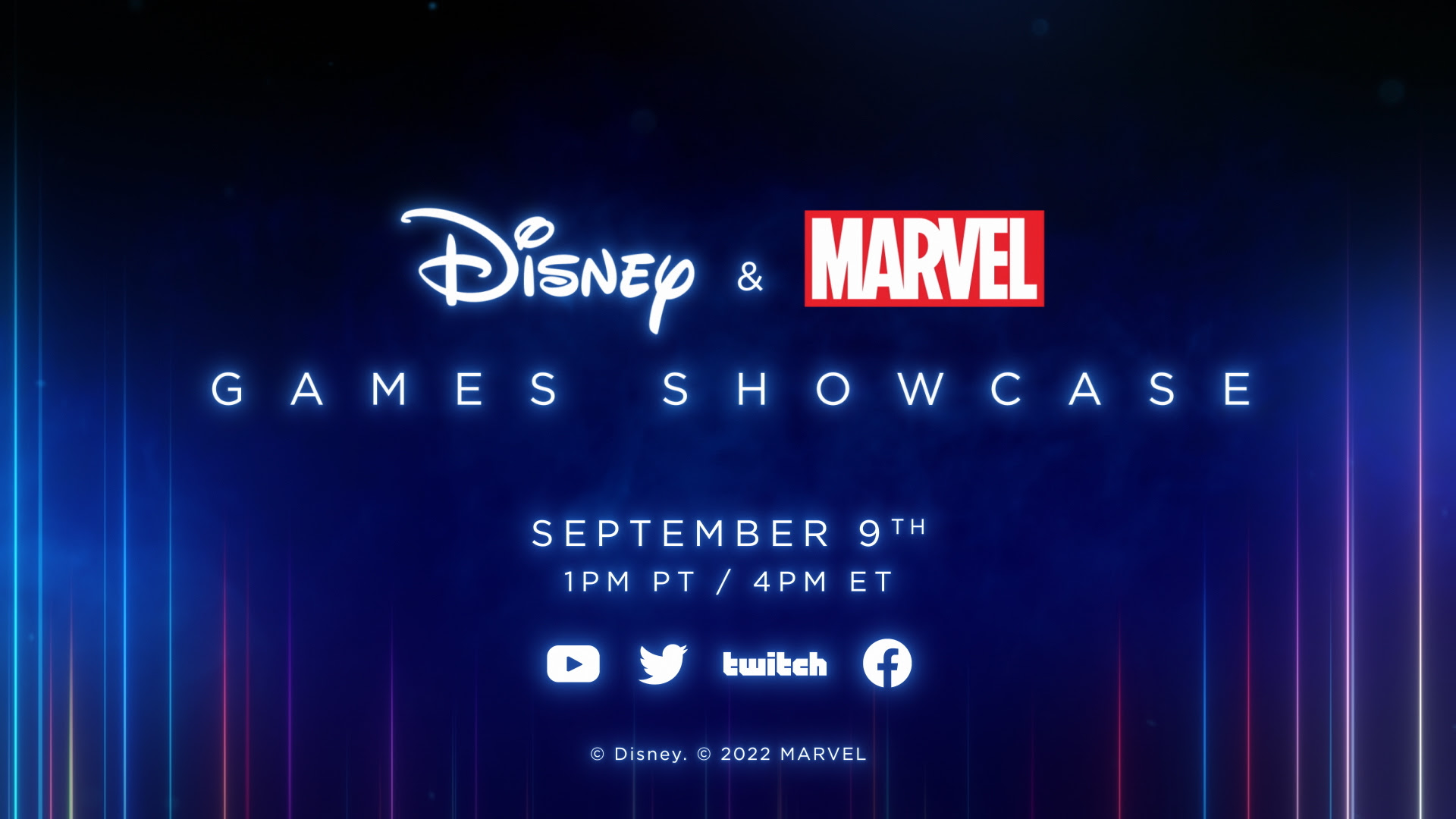 The Disney & Marvel GAMES SHOWCASE will be streamed live from D23 Expo 2022 and available to watch on a variety of platforms, including:

Fans attending D23 Expo 2022 in person will be able to watch the showcase live on the Premiere Stage, with a presentation following the livestream featuring developer interviews, special guests, and exclusive giveaways.

On the D23 Expo show floor, fans can visit Aniplex’s Disney Twisted-Wonderland booth to learn more about the unique anime-style game inspired by iconic Disney Villains. Attendees will be able to discover the different dorms of Night Raven College with a fun photo opportunity and see Twisted-Wonderland characters at the Infinity Cube, an immersive experience featuring live 2D animation. While supplies last, everyone who visits the Disney Twisted-Wonderland booth will receive a hand-fan featuring Grim, a cat-like monster who aspires to be a great mage and your roommate in the game.

D23 Expo is sold out. The Disney & Marvel GAMES SHOWCASE and select additional presentations will be streamed for guests at D23 Expo Live! throughout the show, September 9 through 11. For more information, visit D23Expo.com.

Schedule and talent are subject to change.

About Disney Consumer Products, Games and Publishing
Consumer Products, Games and Publishing (CPGP) is the division of Disney Parks, Experiences and Products (DPEP) that brings beloved brands and franchises into the daily lives of families and fans through products – from toys to T-shirts, apps, books, console games, and more – and experiences that can be found around the world, including on the shopDisney e-commerce platform and at Disney Parks, local and international retailers, as well as Disney store locations globally. The business is home to world-class teams of product, licensing, and retail experts, artists, and storytellers, and technologists who inspire imaginations around the world.

About Marvel Entertainment
Marvel Entertainment, LLC, a wholly-owned subsidiary of The Walt Disney Company, is one of the world’s most prominent character-based entertainment companies, built on a proven library of more than 8,000 characters featured in a variety of media for over eighty years. Marvel utilizes its character franchises in entertainment, licensing, publishing, games, and digital media. For more information visit marvel.com. © 2022 MARVEL

About D23 Expo 2022
D23 Expo—The Ultimate Disney Fan Event—brings together all the worlds of Disney under one roof for three packed days of presentations, pavilions, experiences, concerts, sneak peeks, shopping, and more. The event provides fans with unprecedented access to Disney films, streaming, television, games, theme parks, and celebrities. For the latest D23 Expo 2022 news, visit D23Expo.com. Presentations, talent, and schedule subject to change. To join the D23 Expo conversation, be sure to follow DisneyD23 on Twitter, Facebook, Instagram, and YouTube, and use the hashtag #D23Expo.

About D23
The name “D23” pays homage to the exciting journey that began in 1923 when Walt Disney opened his first studio in Hollywood. D23 is the first official club for fans in Disney’s 99-year history. It gives its members a greater connection to the entire world of Disney by placing them in the middle of the magic through its quarterly publication, Disney twenty-three; a rich website at D23.com, with members-only content; member-exclusive discounts; and special events for D23 Members throughout the year.

DISNEY+, HULU, AND ESPN+ OFFER THE BEST IN STREAMING INSIDE THE DISNEY BUNDLE PAVILION AT D23 EXPO, INCLUDING SPECIAL PERKS FOR DISNEY+ SUBSCRIBERS