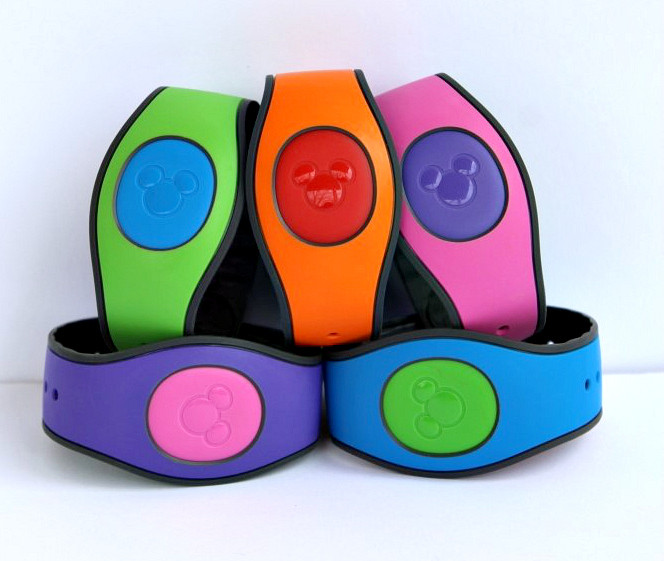 Good evening, everyone! Today I just want to discuss some information about the Magic Bands coming to Disneyland! So, let’s get started, shall we?! So, Disneyland has announced that Magic Bands will be launching for the first time on October 26 which is next Wednesday. The wearable device will allow parkgoers to play exclusive games in parks and gives guests a hands-free way to enter the park. Magicband+ is also waterproof and rechargeable. The new device will be sold at a starting price of $34.99. Starting Oct. 19, eligible Magic Key Holders, cast members and Disney Vacation Club members will be able to purchase the device at select locations, the theme park announced. Also, for a limited time, Magic Key holders can get a Magicband with a unique design and light-up sequence. Eligible discounts will be applicable for the purchases. The theme park announced that the new device would be available in “more than 18 collectible colors and designs,” including five designs exclusive to Disneyland. The technology will come to life day and night, allowing guests to interact with certain features within the theme parks, such as Avengers campus in Disney California Adventure Park, the theme park said. A new interactive game in Galaxy’s Edge will also launch with MagicBand+. When wearing the band, guests can participate in the interactive quest to collect bounties throughout the land. Magicband+ will also be interactive with new nighttime shows, “World of Color – One” and “Wondrous Journeys,” which will debut at both theme parks during the Disney100 celebration kicking off in January 2023.The events of the Disney100 celebration will all open on January 27, 2023 including the new ride called Mickey and Minnie’s Runaway Railway. Magicbands has been available at the Walt Disney World Resort in Orlando since 2013. I am curious to see what Disney fans will think about the Magic Bands when they officially launch next week. I believe that they will like it even though some people may not like it. I think that people will get the hand of it when they learn how to use it just like lightning lane service when it first launched late last year.

So, what do you guys think about the Magic Bands coming to Disneyland and the Disney100 celebration event including Mickey and Minnie’s Runaway Railway?! I would love to hear lots of comments, opinions, thoughts, questions, or concerns down below!