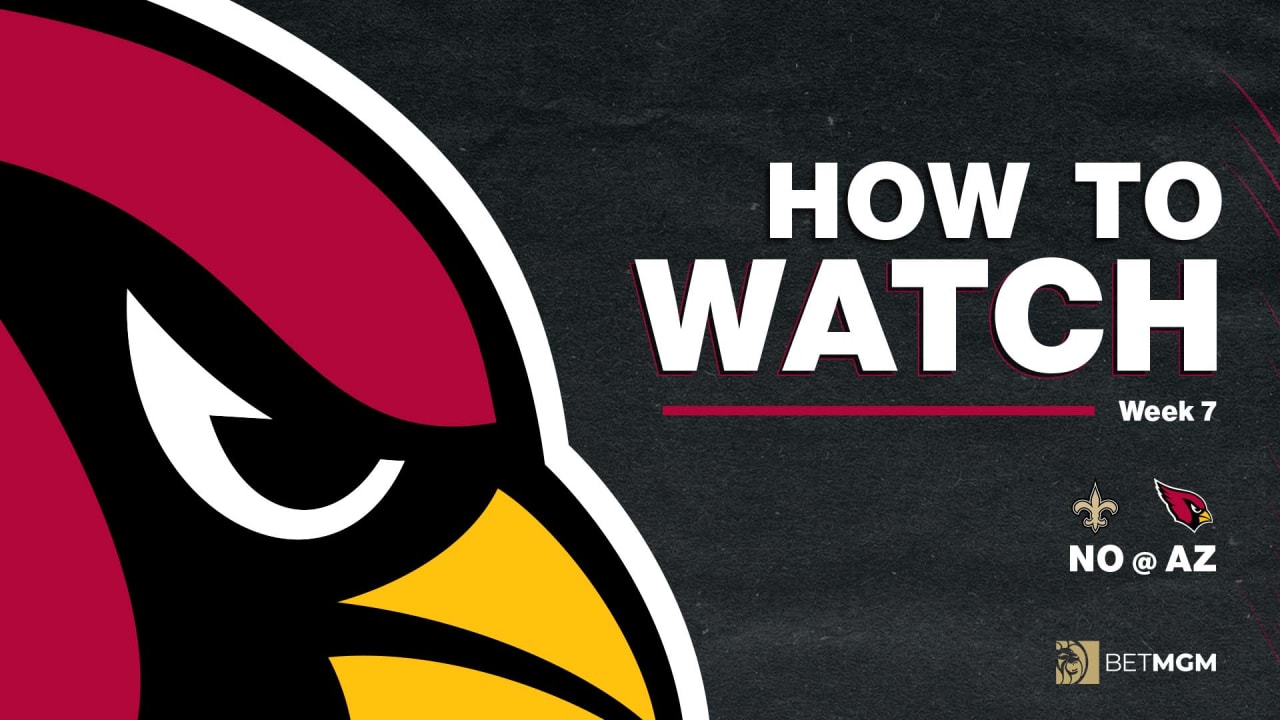 Good evening, everyone! Today I want to discuss the matchup tomorrow between the Arizona Cardinals and the New Orleans Saints in State Farm Stadium. So, let’s get started, shall we?! So, both of these teams are coming off with losses last week and they are both 2-4. They are also are desperate to get a win especially for the Cardinals, but who is more desperate for a win? The Cardinals offense is going to be a key factor for the Cardinals fans. The offense has gotten some boost because the wide receiver DeAndre Hopkins is finally going to be playing for the first time this season starting tomorrow. The Cardinals need him to help the offense that has been struggling to score points especially scoring touchdowns in the first half. They may have fixed their problems last week by going down the field with just kicking a field goal that led the Cardinals to a 3-0 lead on their opening drive. Although, they were some missed opportunities for them to score a touchdown on the opening drive. Kyler Murray missed a wide-open receiver for a touchdown to Hollywood Brown. The only touchdown that the Cardinals got was the Seahawk punter was tackled and the Cardinals cashed on the touchdown.

Now let’s talk about some injuries on both teams. The Cardinals will be without their starting offensive lineman Justin Pugh as he is out for the season and Maquis Brown tore is ankle and he will be out as well. Although, Kliff Kinsbury recently said that there is a chance that he might be able to return at least on week 13 when the Cardinals will have their bye week. While he will be out for a while, the Cardinals quickly made a trade on Monday for the Panthers wide receiver Robbie Anderson. Anderson was sent to the locker room because he was arguing with the new coach Steve Wilks during the loss to the Rams. So, he will be joining the Cardinals wide receiver group to also help booster the offense. For the Saints, their starting corner back Marshon Lattimore has been ruled out for tomorrow’s game. So, perhaps DeAndre Hopkins will take advantage of it. The Cardinals will also be without their starting running backs James Conner and Darrell Williams again. So, Eno Benjamin and Keaonte Ingram will be carrying the load for the Cardinals. The Saints wide receiver group is also a little banged up. Chris Olave, Michael Thomas are the ones to watch for. Taysom Hill, possibly Andy Dalton might be playing tomorrow.

The Cardinals head coach Kliff Kingsbury has recently said that he might be open to give up his play calling saying that he would do whatever it takes to win games. Will it start in tomorrow’s game or not? I’m sure that fans would love for him to do it now. It is not clear if it will happen. If the Cardinals offense struggles again, then Kliff will probably call it quits and give the play calling to Sean Kugler who is pretty good in terms of running the football. The game will be on Prime Time. I also found out to be fascinating is that the Cardinals on prime time have not won the game and do so bad especially at home. So, can they finally snap a long losing streak at home? Or will it continue? I think DeAndre Hopkins is going to get thrown at a lot in the game and Robbie Anderson will also get some targets because they know that the only way to score touchdowns is throwing to the two talented wide receivers. If those two guys have a great game and the defense keeps balling out like they have been, then I believe the Cardinals can win the game. But the Cardinals do have to find a way to score first half points instead of trying to play form behind. It seems to me that when everyone tells the Cardinals to get their act together, it sometimes makes them play worse which I hope that it is not the case. If the Cardinals keep struggling on offense and don’t score touchdowns, they are going to lose and they know it. It’s a fact! They should do no huddle on offense and keep the defense honest by running the football more under center and don’t let the Saints defense get off the ball because that is what teams have been doing to the Cardinals offense. Kyler Murray has to be more involved in running the football like he did last time. It was not enough unfortunately. The defense is going to give you a lot of opportunities for the offense to score a touchdown. So, who will win? I am cautiously going to pick the Cardinals to win the game over the Saints 20-17. The reason I said cautiously is because I might be wrong about the game. Hopefully, the offense will score more touchdowns and protect Kyler Murray from Cameron Thomas.

So, what do you guys think about the tomorrow’s prediction and your thoughts about it?! I would love to hear lots of comments, thoughts, opinions, questions, or concerns down below! Stay tuned for NFL updates.