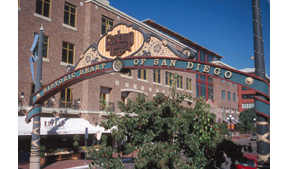 San Diego Comic-Con has evolved from just an event inside the convention center, and now there are LOTS of things to do outside of it, most of which do not require your Comic-Con badge. No matter what you’re into, there is probably an offsite event that may be of interest to you.

To beer events for the 21+ crowd (Hop-Con 2.0 The w00tstout Festival on Wednesday at 7pm, Heroes Brew Craft Beer Festival which is Saturday afternoon until early evening, SDCC 3DS Pokemon Tournament for Craft Beer Lovers also on Wednesday but starting at 6pm)

Of course those are just a small sampling of events that are taking place during the time that Comic-Con is in town. I’ve compiled a longer list here (google doc, spreadsheet format)

Why Guardians of the Galaxy has to succeed