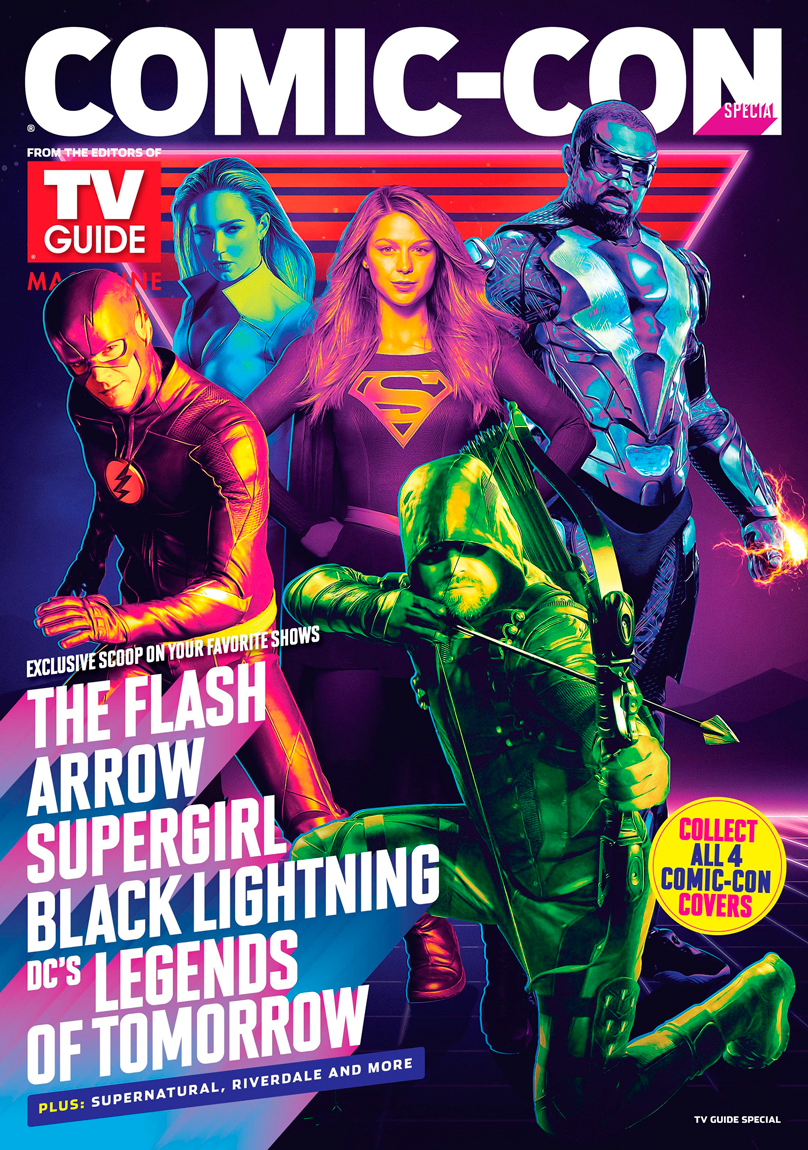 Comic-con is in full force my fellow nerds and we have more information for you leading up to the big event. Warner Bros and TV Guide join forces to bring you four TV Guide collectible magazine covers! Check out the designs and the press release below. Which one is your favorite? Let us know in the comments.

LIGHTNING, DC’S LEGENDS OF TOMORROW, THE FLASH AND

SUPERGIRL — PLUS RIVERDALE, SUPERNATURAL AND A

Available at the Warner Bros. Comic-Con Booth, or at Newsstands and

BURBANK, Calif. (July 13, 2018) — Are you feeling like a Super Hero? Supernatural? Roguishly Riverdale? Or just completely MAD? Whatever you choose, there’s a cover for you as Warner Bros. Television’s (WBTV) annual partnership with TV Guide Magazine is back for the ninth year in a row, with a brand-new Warner Bros.–themed Comic-Con special edition of the magazine. The four collectible covers feature the following WBTV series and stars: 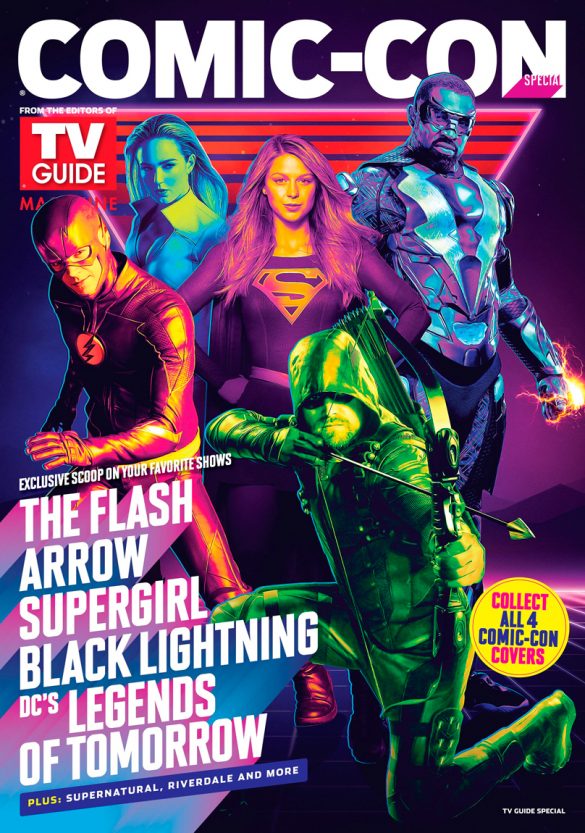 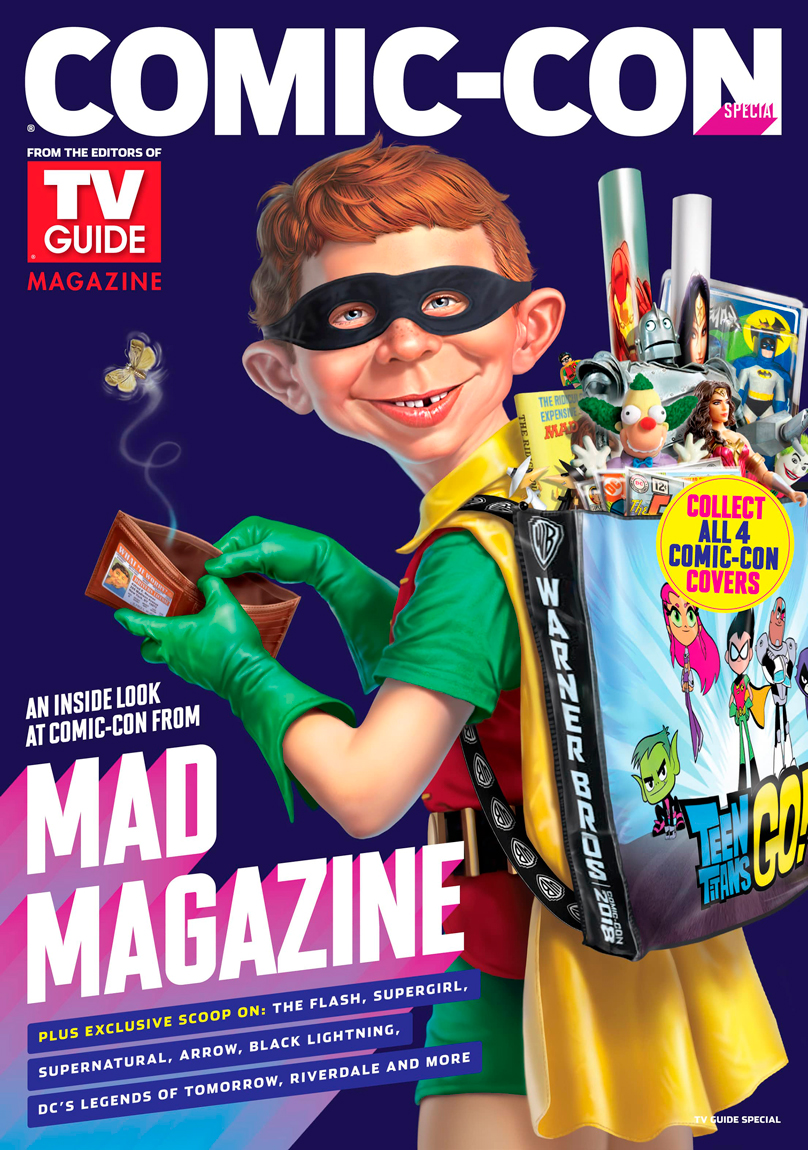 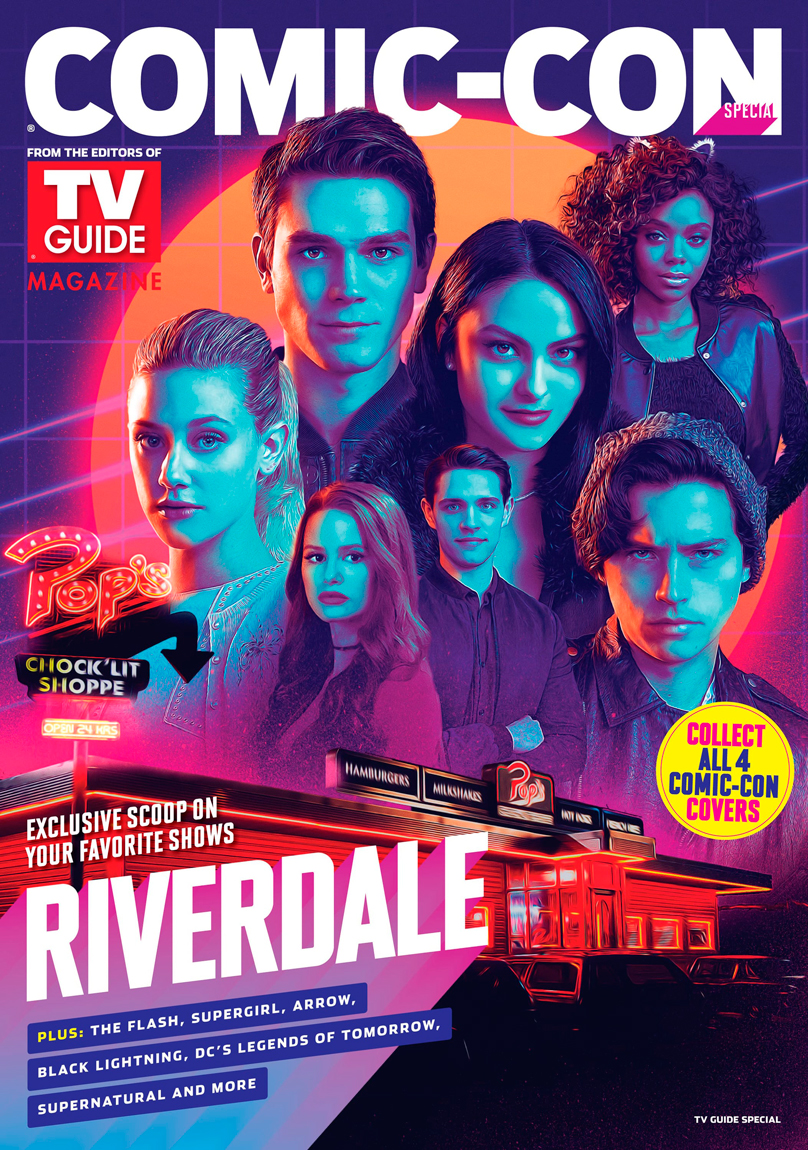 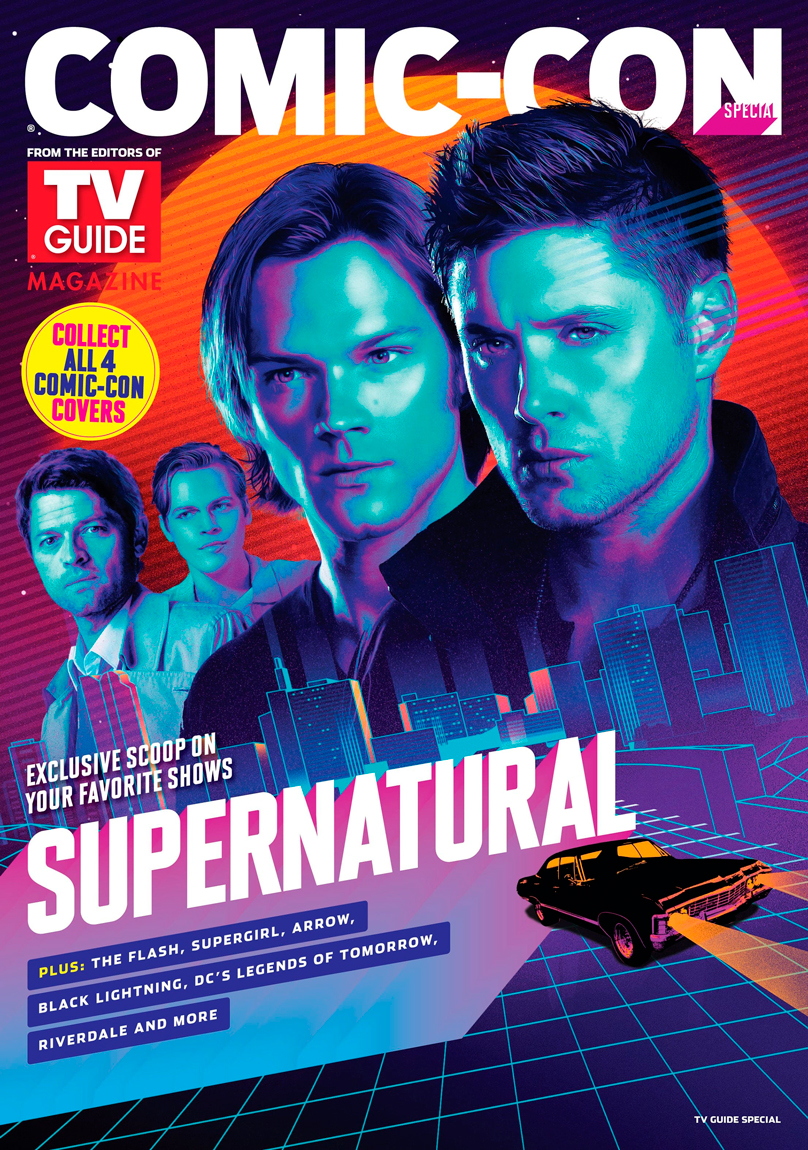 Fans reading the 88-page special issue will find features and photos dedicated to the following programs:

Still, if you’re one of those people who’s never satisfied, there’s more, including:

For additional information about Warner Bros. Television’s activities at Comic-Con, please follow @warnerbrostv on Twitter and join in the conversation by using hashtag #WBSDCC, or visit http://comiccon.thewb.com.