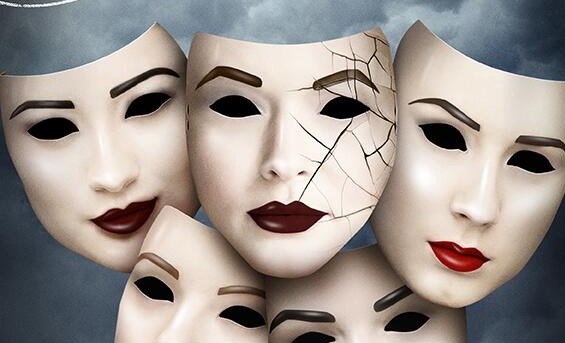 We pick up right where we left off last week, our five little liars have received a synchronized text, amidst the wreckage. “Did you miss me, bi****s? -A” A mere moment later, the Cavanaugh house goes ka-blam, literally. Thank the deity of your choice no one was home at the time of the blast. The newspaper claims it was a gas leak, but we know the truth: A has upped their game in an explosive way. (pun intended.)

Needless to say, the girls are the definition of freaked out. Doubt is the name of the game, namely, was Shana actually A or did Aria snuff out the wrong person? Ali is ready to run at the first sign of trouble, but the girls insist she stay so they can protect her.

Our resident sleuth, Spencer Hastings, is the first to decide there must be a connection between Mrs. D. and Bethany Young. ( She’s also the only one to call out Aria for “slipping” with Ezra, and reminding her of his supreme creep factor) After Google-ling Bethany yields little results, she goes into investigative mode, making a visit to Radley to speak with her old friend and once caretaker, Eddie Lamb. He agrees that the situation is fishy but refuses to say anything of use, even after Spence hits him with a persuasive speech and puppy dog eyes.

Spence is soon distracted by her ever dysfunctional family however, to get any more goods on this new murder mystery. While grabbing a few things from her room, she is confronted by Papa Hastings, who is none too pleased his wife and youngest daughter packed up with nary a follow-up phone call to explain things. Spence tells him they suspect him of poisoning Mrs. D. with his pills, which of course, he denies. He insists he and Melissa went out to the lake to talk that night. (About what? Murder?) 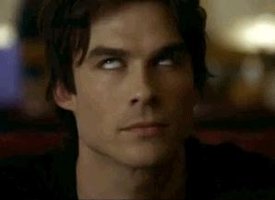 Spence believes him. She sets up an intervention between her parents at the Grill, where everything seems to go swimmingly. Appearances can be deceiving though, as Mama Hastings spells out over breakfast the next day. Yes, they are moving back home. Surprise, Papa is moving out. Mama Hastings explains she does believe he didn’t kill Mrs. D., but this separation is not the result of one lie, it’s years of them. Go Mama Hastings! Stand up for yourself!

Aria is still freaking out. This is becoming a default state of mind for her. Murder does not do a mind good, it seems. She takes Spencer’s new hunch of a connection between Mrs. D. and Bethany to Ezra, who claims he’s heard Bethany’s name before, when he interviewed people at Radley for his book. (He couldn’t have mentioned this earlier?) Together, they begin to sort through the dozens of boxes of files in Ezra’s apartment for mention of Bethany. Aria concludes now is as good a time as any to tell Ezra she thinks their little slip was a mistake. She admits to missing the relationship, but she can’t forgive everything he’s done. (Remember: she’s surrounded by hundreds of pages of research he got by spying on her and her friends)

There’s a knock on the door later on, Aria hides in the bathroom, for good reason, as it’s Lieutenant Tanner. She hands Ezra an envelope left at his doorstep, then proceeds to ask him a slew of questions involving Shana and his shooting. Sounds like this detective is starting to piece things together…speaking of, where is Holbrook? Didn’t he know Ali & Co were at the same theater Shana was found at? Hmm, something is amiss here. Ezra is able to lie his butt off quite convincingly, although that should surprise no one, as he had us fooled for three seasons.

Aria’s freak-o-meter has gone up a peg after hearing Tanner. She wants to hide all the files in case the Lieutenant comes back looking for more information. They decide to hide them in the Montgomery’s attic. This sounds like a bad idea, but ok.

Ezra remembers the envelope Tanner had handed to him and opens it. Inside is one creepy freaking sketch of Mrs. D. tending to her roses with a demon looming behind her. The drawing is signed by Bethany. Well, she wasn’t in the nut house for nothing, right?

Ezra checks his hallway spy camera to reveal who left the disturbing artwork. Turns out, it was Radley worker Eddie Lamb, the same man Spencer had pleaded with earlier. He must have made up his mind to clue someone into the serious stink coming from Radley, though why he chose Ezra instead of Spencer is anyone’s guess. (Most likely since Ezra only interviewed people there and was never a resident.)

In a surprisingly bold move for Aria, she volunteers to go undercover as an aide at Radley to recover some more information about Bethany and her nightmare inducing art.

Ali is one step away from hauling butt outta town. The girls convince her to stay but she does not feel safe;  her first instinct is to run. She receives a video (or Snapchat as it disappears after viewing?) of her mother being buried with the accompanying text “I buried your mom like I watched her bury you.” over lunch. Talk about a loss of appetite.

That’s the last straw for Ali, she is getting the heck outta dodge as soon as possible. Hanna catches her calling Noel for a getaway plan (where is he anyway? Did he drop out of school?) but instead of chastising her, Hanna decides to help her.

Before Ali meets Noel at the train station, she tells Hanna she needs to grab a few things from home and wants to say goodbye to her dad.

Shortly after Ali leaves, Emily shows up to tell Hanna and Ali the information she has gotten out of Paige (and all Paige gets out of it is a dead rat shoved in her locker). She knows Lucas and Melissa are in Mona’s army, facts Ali needs to know immediately. Emily gets distracted by a train ticket. Hanna tries to lie about Ali running away but Emily sees right through it and accuses her of wanting Ali gone.

Back at the Dilaurentis house, Ali has found no one is home. She calls to check in with her dad, then gathers some of her things. This girl has either seen too many fugitive movies or is seriously prepared for a teenage girl. She pulls a fake bottom from a drawer with fake IDs and money taped underneath. Girl is good, and apparently not at all trusting that she could stay in Rosewood for long.

On her way out, Ali is attacked by A in his/her classic all black hoodie and gloves getup. A whacks Ali with what looks like a crow bar, then tries to strangle her with her own scarf.

It’s looking like certain doom for Ali, when Emily shows up to save the day. She jumps on A, releasing Ali in the process. They struggle for a brief time, but A makes a quick getaway. Ali insists they can’t tell the police or her dad. Emily complies, but only if Ali stays in town. Ali receives a text from A threatening to kill her if she leaves. Needless to say, that cements the deal. Justifiably rattled, Ali asks Emily to stay with her. “We’ll sleep, that’s all. I promise.” (Yeah, says every teenage boy ever.) Ali manages some shut eye, but poor Em stays up all night, watching over her.

The next morning, Tanner shows up, again asking questions. She wants Ali to come to the station and talk about Shana, where she was EXACTLY the night of Shana’s death. Uh oh. A competent cop. Rosewood has never seen this before, and I don’t know if I like it. Of course, A sees all and quips their two cents: Time for the caged bird to sing. It seems as if there are two A’s roaming around. One who blows up houses and one who sends snippy messages. Has Mona teamed up with another psychopath?

When Hanna isn’t helping Ali become permanently on the lam, she is absorbed in her love triangle. She is not hiding the effect Caleb’s return is having on her. I’d reckon she’s not even trying. Travis especially, has noticed. Hanna claims she doesn’t remember calling someone (Caleb) all night at the party, but as he points out, she wasn’t drunk when they made plans, and she forgot that as well. He says they’re ok, but there’s clearly some trouble in paradise.

Instead of calling Travis later as she said she would, Hanna heads out to a cabin where Caleb is staying. Caleb has gone pretty dark since his time in Ravenswood. Every time we see him, he has some alcohol on deck. Not to mention his brooding game is on point. They discuss the recent events regarding A and Hanna’s involvement in Ali’s attempt to run. She admits she helped Ali for selfish reasons, she wants her gone. Caleb is a shoulder to lean on, but still won’t talk about all that went down in Ravenswood. He says he doesn’t know how long he will stay, he won’t make any commitments.

The next day, Hanna meets Travis like everything is hunky dory, but he’s not buying it. He knows Caleb is the main reason she is distracted, not Ali as she claims. Travis says he can’t do this halfway anymore and breaks up with her.

Break-ups suck and I feel bad for Hanna, but let’s be honest: Travis was just filler until Caleb came back. Hanna’s feelings for Travis were nowhere near what they are for Caleb.

Our A coda of the night: A is sending their deepest condolences to the family of Bethany Young, complete with a floral wreath.

Is Mona’s Army and this new A working together?
Will Haleb be reunited?
What is the connection between Mrs. D. and Bethany Young?