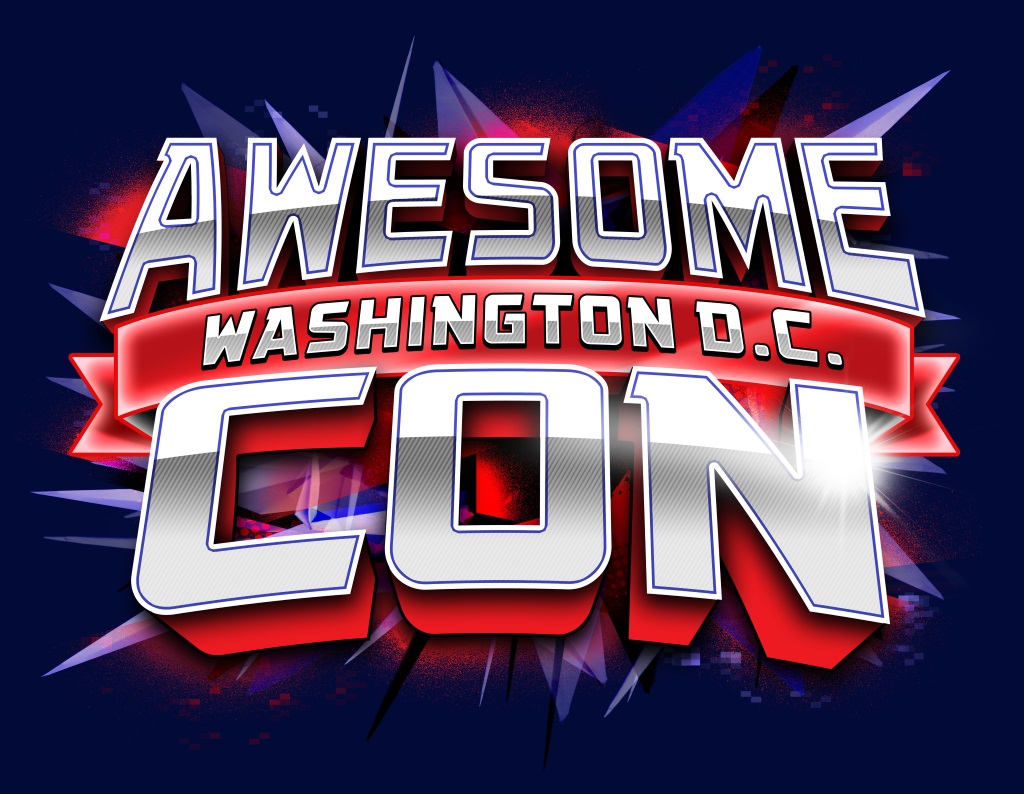 One of the conventions that I look forward to going to every year is Awesome Con.  Since the convention started in 2013, it has grown exponentially. I started attending in 2014 and have not looked back!  Partnered this year with event organizer LeftField Media, the show will be a great way to kick off the summer for those in the DMV!  To get a glimpse of what this convention has to offer take a look at nuggets from last year here.

“This June, fans will experience an impressive line-up of celebrity guests from the worlds of television, movies, and comic books and specialized pavilions focused on science and technology, family activities, and larger-than-life props. Panel discussions bring together noted experts from comic creators to scientists at NASA; costume contests, sci-fi speed dating, and gaming tournaments celebrate all things geeky; and the show floor will feature exhibits dedicated to comics, collectibles, toys, cosplay, and original art. Fun for fans of all ages, Awesome Con continues its commitment to creating an inclusive atmosphere for diehard fans, casual fans, and families.”

Sunday in years past have been dedicated to families with activities oriented to them. However the entire weekend will include something for the kids to enjoy.

Here are the show hours:

Here are some of the guests that I look forward to meeting:

I have various reasons for really looking forward to seeing these people above. Morena Baccarin is just one of two cast members left that still needs to sign my Firefly lithograph and it will be cool to talk to her about the show Gotham as well.  I want to show some love to BJ Britt since I’m still bitter about what was done to his character on Agents of SHIELD.  Barrowman is soo much fun it will be a blast to see him again after meeting him a few years ago at Wizard World Philadelphia.

I have been happy with the Geekend VIP pass ($150) for the last few years that I have attended as getting decent seats at panels are a priority for me.  Also getting a good spot in line for photo-ops helps save on time even though they go fairly quickly. Depending on who you are hoping to see, I would strongly consider getting their specific VIP pass since the autograph and photo-op are already included for that person.  That way you have more cash for the other guests you may want to get a photo and/or autograph with.  Definitely budget enough so you have some left over for artists and exhibitors!

I’m hoping to say hello to some vendors and artists I saw last year and more cool panels. Let’s just say that for those attending John Barrowman’s panel for the first time, be prepared for fun!

324B21 The Orphan Black Podcast Episode 25: Down The Rabbit Hole