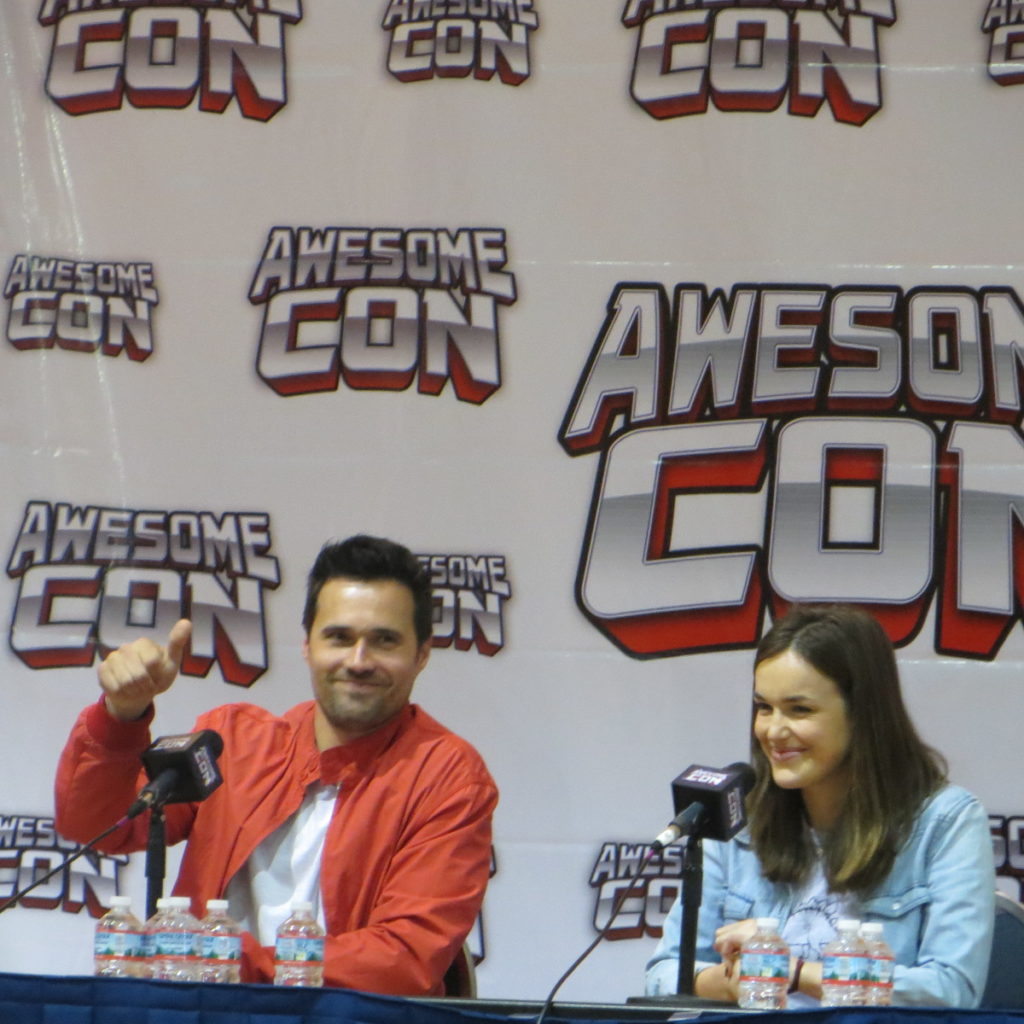 Awesome Con has a plethora of panels both big and small for all types of fans that cover major TV shows, comics, guest Q&As and off the wall stuff.  The conflict abounds for someone like me who wants to go to the big panels but also want to show the small ones some love.

I fortunately got to go to several small panels on Friday.  The first panel I went to was the Teen Wolf panel, which talked about the show in a way that we do over on our podcast TVTalk with the Nerd Element. I had to chuckle, especially when they talked about the fight scenes on the show.  I would love to have Steven Castillo,  who has his own YouTube Page called Steven Castillo Videos, and his co-panelist, on the podcast when the show comes back. 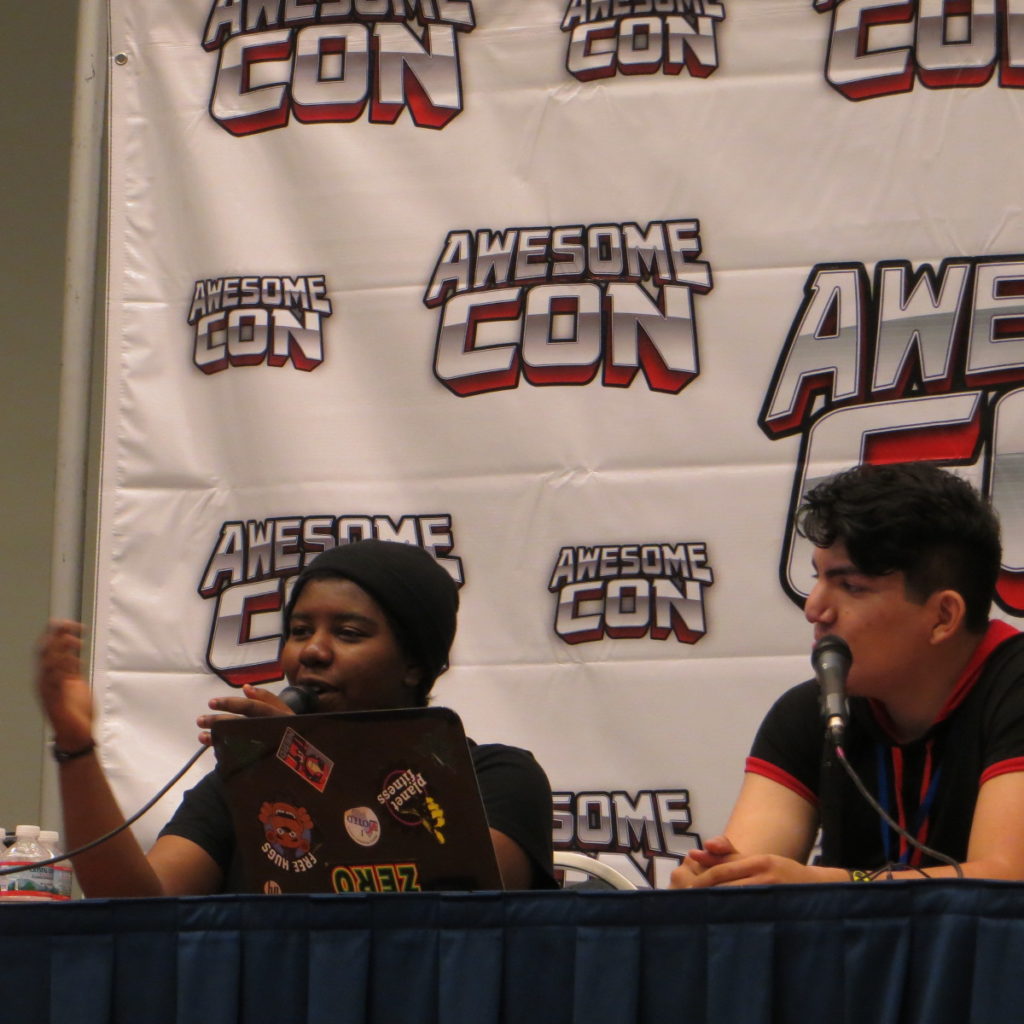 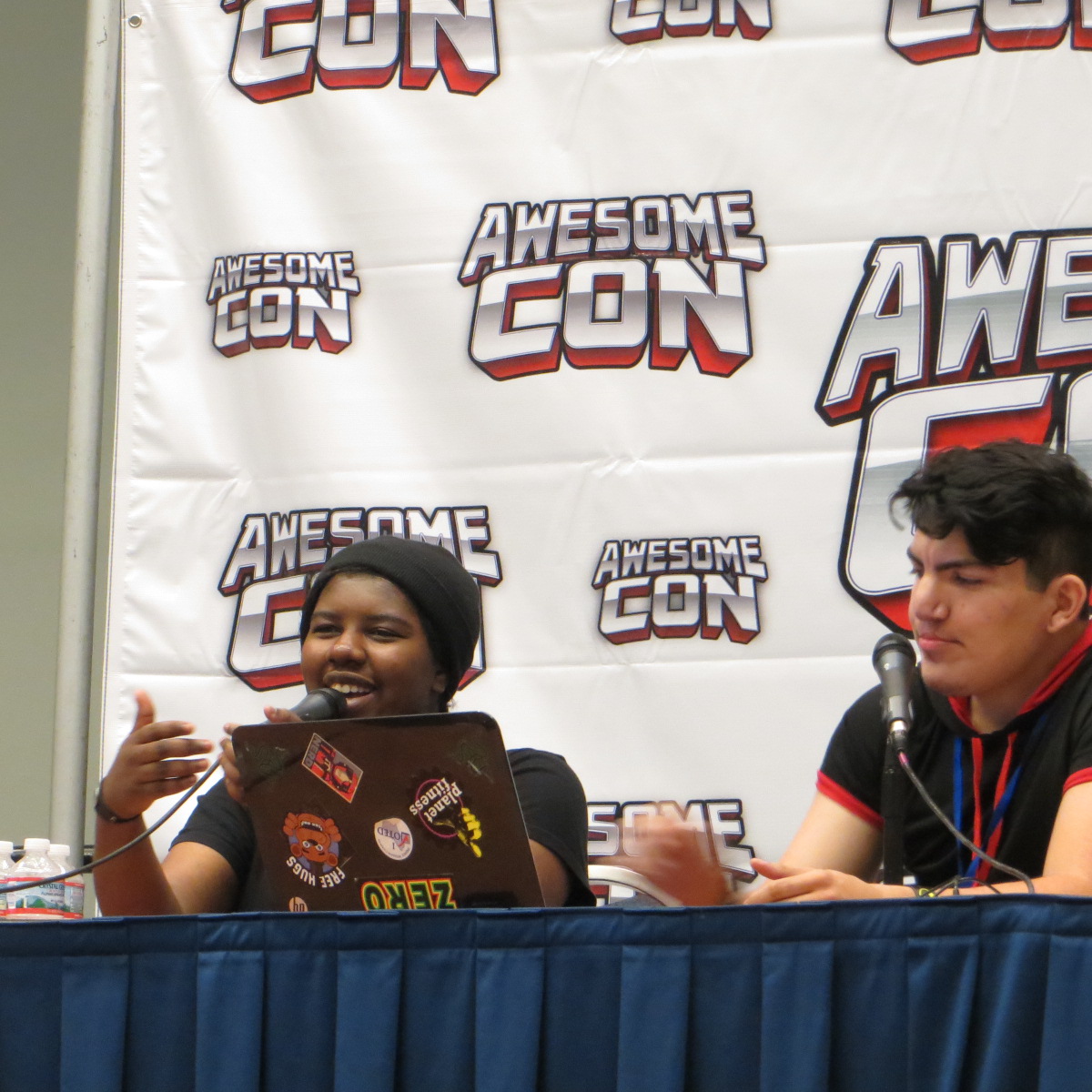 Next up was the Nerdpocalypse podcast live panel which was hilarious!  It was really cool that they were giving away prizes like Funko Pop! figures.  The audience participation was cool too!  Here is a link to listen to the podcast:  http://www.thenerdpocalypse.com/2016/06/nerdpocalypse-live-awesome-con-2016/ 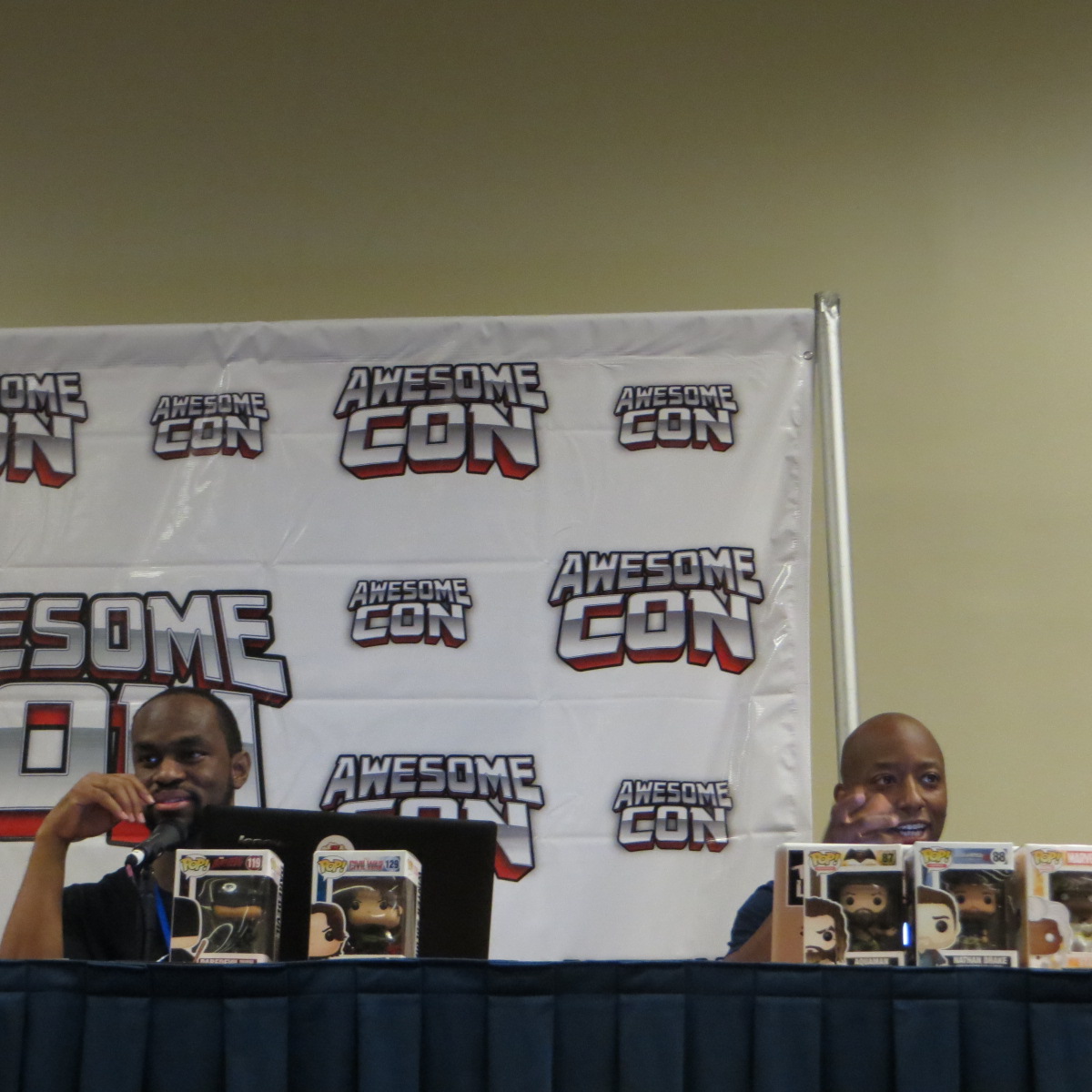 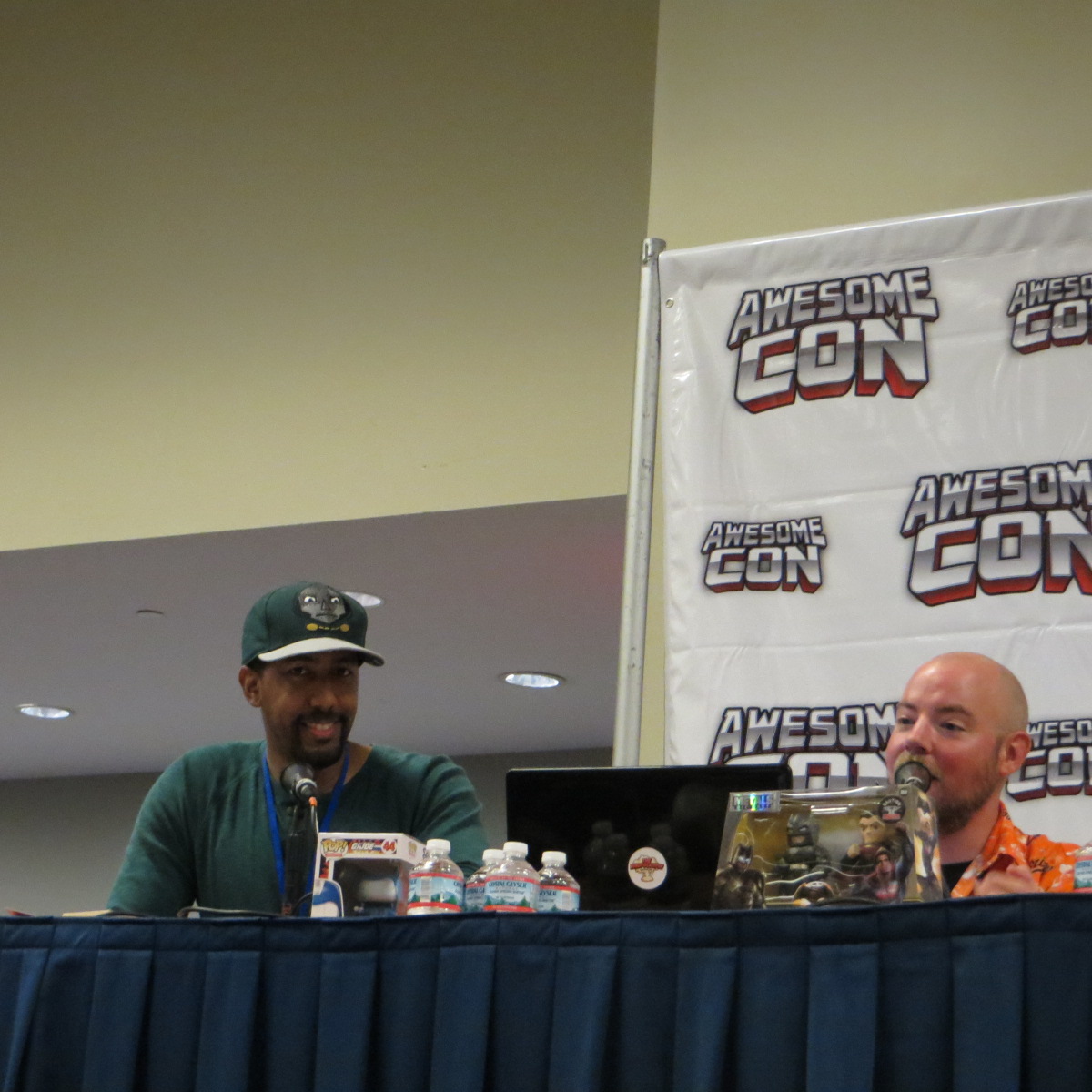 The final panel of the evening was “Beyond the Game of Thrones” panel which focused on the TV show even though the conversation couldn’t help but bleed into the books a little bit.  It was a pretty packed panel which was great.

Saturday was all kinds of conflicts for me.  While I got to go to some major panels, there are a few that I wanted to shout out and activities because I really wanted to go them as well.  Here are the Panel/Activity names and description based on the Program Guide that was on Awesome Con’s website:

Paranormal all-star Nick Groff and seasoned ghost hunter Katrina Weidman spend an unprecedented 72 hours in America’s most haunted locations – all to capture more evidence than anyone ever before. They’ll answer questions from their fans; debut never-before-seen footage from their TV series, review some of the groundbreaking evidence uncovered in the first season of PARANORMAL LOCKDOWN, and make an exciting announcement exclusively for the Awesome Con audience! Rated: PG-13

Join passionate fans of Twin Peaks who have worked in different formats–podcasting, reference and analyses, oral history–to deconstruct and explicate the endlessly beguiling and impenetrable mysteries of this enduring cult favorite television show. The panel will discuss everything from the production of the show to in-depth analysis of the themes and puzzles that have kept the fascination for Lynch and Frost’s beguiling creation at a fever pitch for decades.  The panelists will also share their stories about how they — as committed fans of the show – set about leveraging their passion to produce literary and audio works for the general public. Rated: PG-13 – As someone who hasn’t watched the show, this would have been introduced to it. 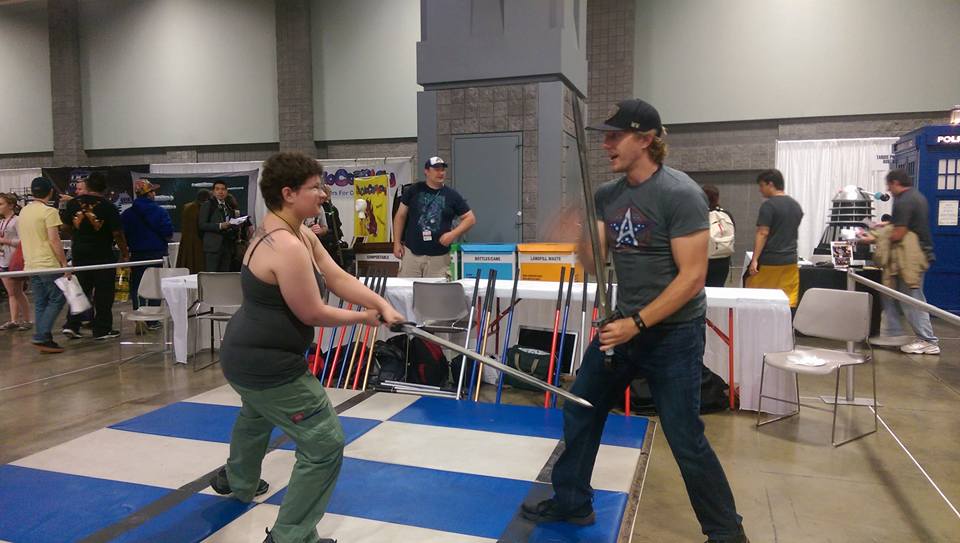 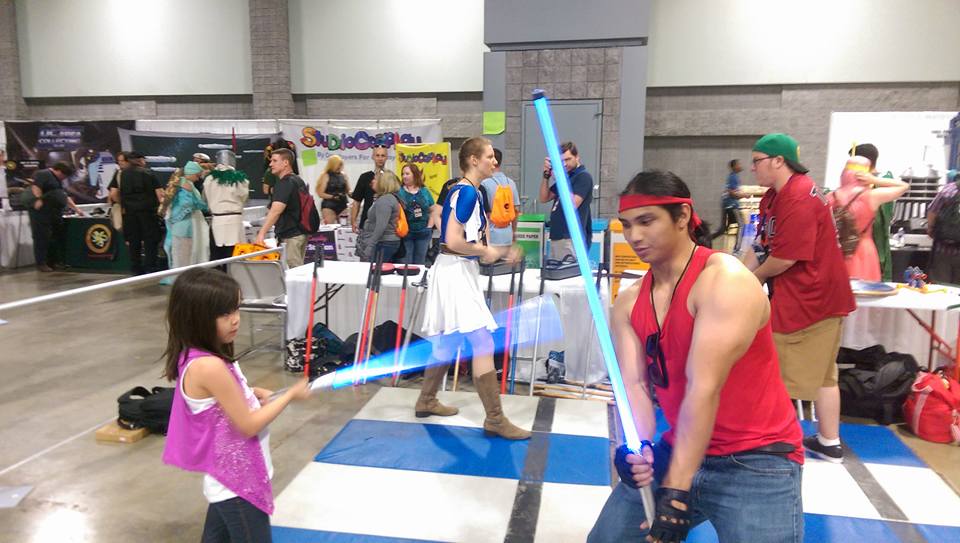 Come train with the DC Stunt Coalition as they demonstrate the basics of various cinematic fighting styles, including boxing, swordplay, Filipino Martial Arts, proper blaster handling, and more. Show up in costume, and we’ll show you how to perform as your character. Training props will be provided. You’ll learn basics in footwork, reactions, and safe-striking for film and stage in these skill sets. Space is limited so show up early! – As someone that has met these awesome people at SpartaCon last year and have visited their gym

For more than a decade, A HAUNTING has entranced America with tales of real families terrorized by paranormal forces. Ghosts never get old for diehard fans of the series – and more episodes are on the way later in 2016! So what does it take to spin supernatural TV gold? Hear directly from the producers, crew, and haunting survivors about everything behind-the-scenes from how stories are chosen to mysterious strange things that have happened on set and insight about their deep roots in the DC/Virginia/Maryland region, where they film every episode.  Rated: PG-13 – I did manage to interview the panelists and John’s story is so compelling.  More on that in another article.

This presentation will explore the history of black characters, creators and images in comic book media. Also this presentation examines the degree to which early Black superheroes generally adhered to common stereotypes about Black men. Rated: PG-13

Join artist Shawn Martinbrough for a discussion and Q&A session on Black Panther: The Most Dangerous Man Alive. Rated: PG-13

There are plenty more but by the end of the day I was exhausted and hungry.  I initially was going straight to Agents of SHIELD but I’m glad I went to Matthew Lewis aka Neville Longbottom.  He has this quiet humor that is just adorable.  The audience had some good questions too! 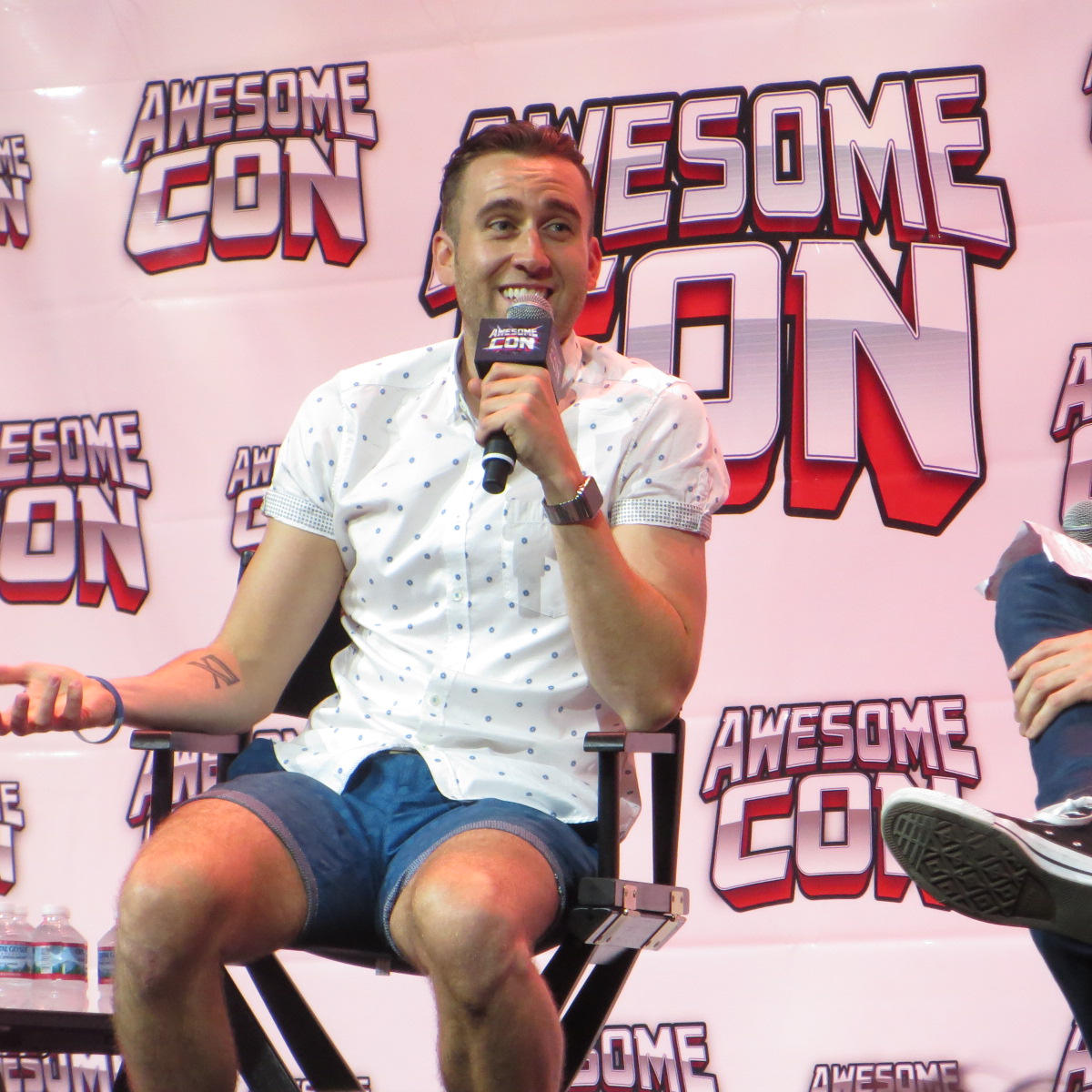 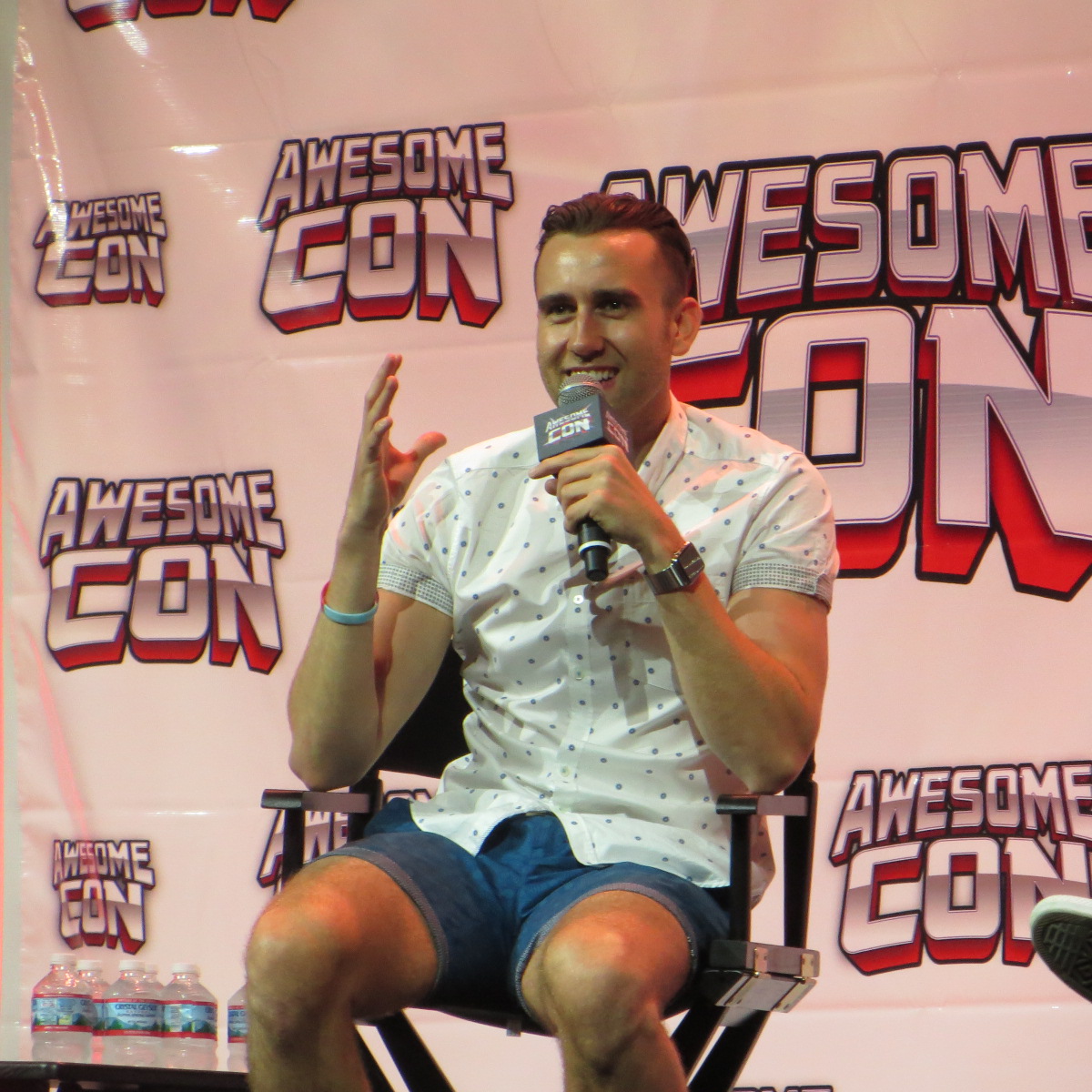 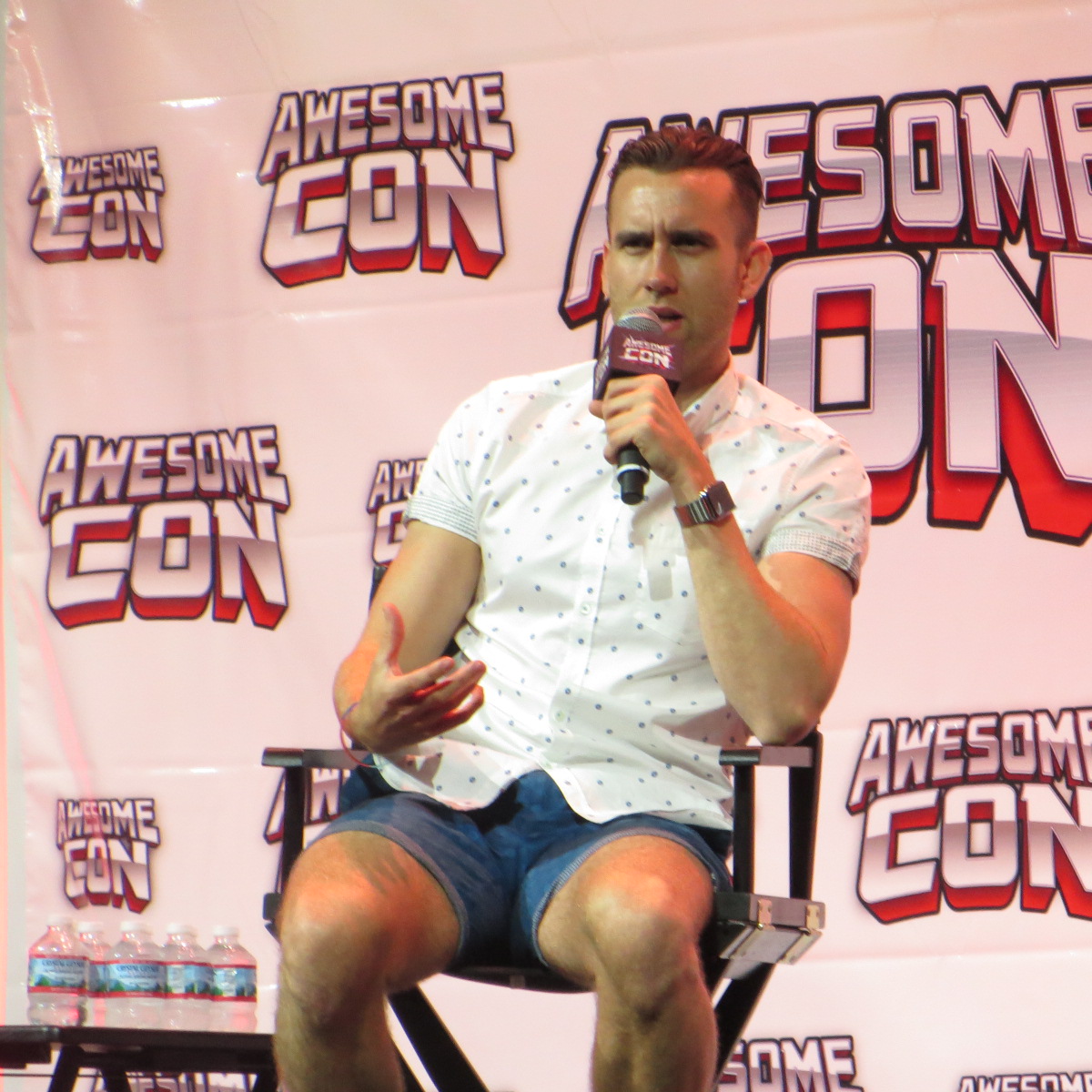 I’m glad I was able to get into the Agents of SHIELD because it was cutting it close.  I didn’t miss a lot of the panel fortunately.  Brett Dalton and Elizabeth Henstridge are hilarious together! 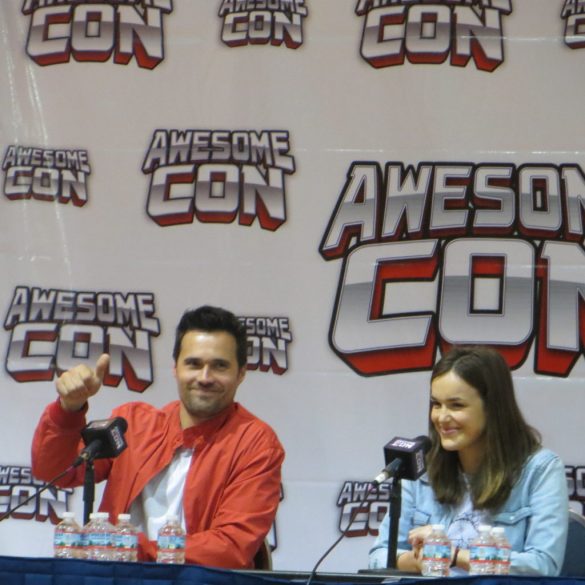 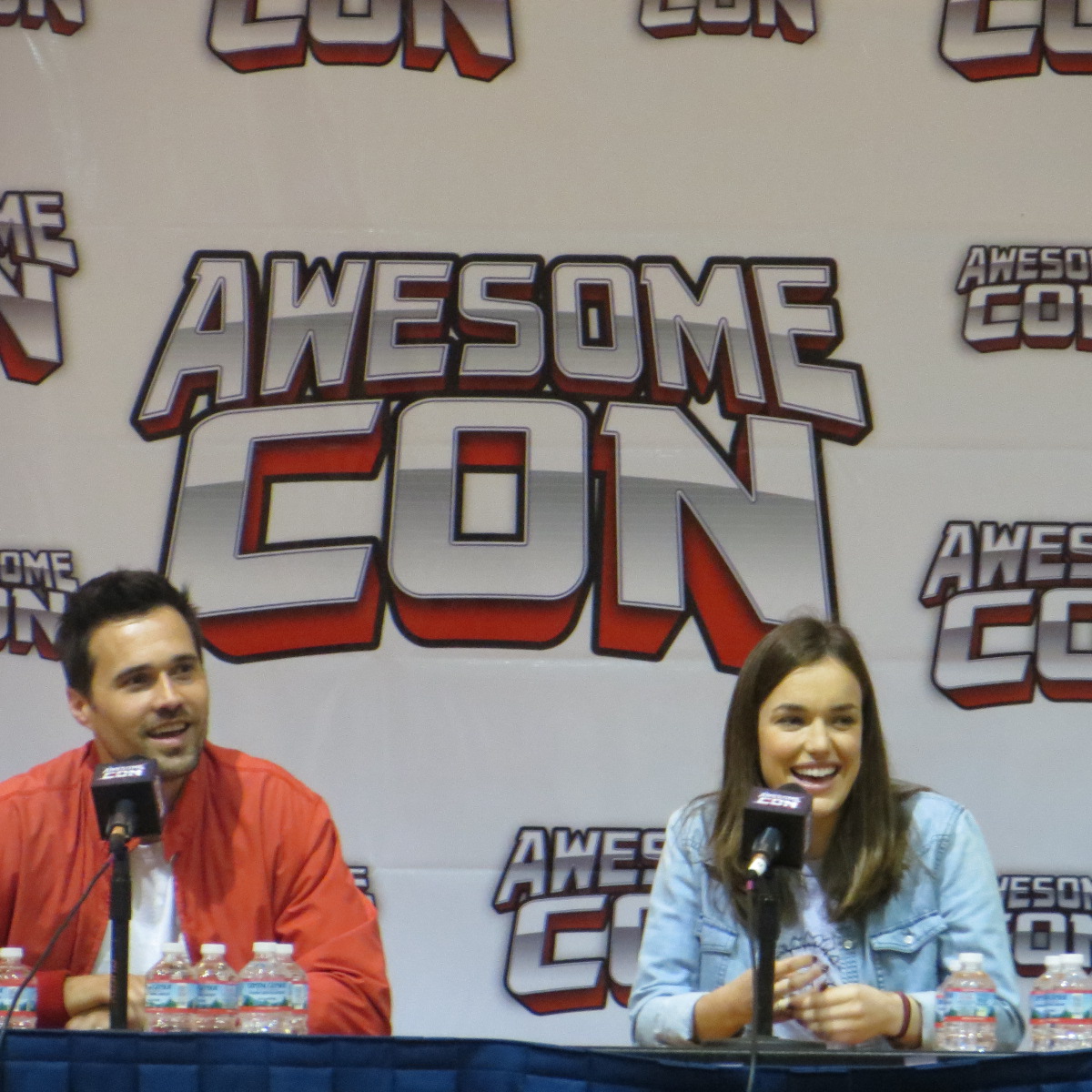 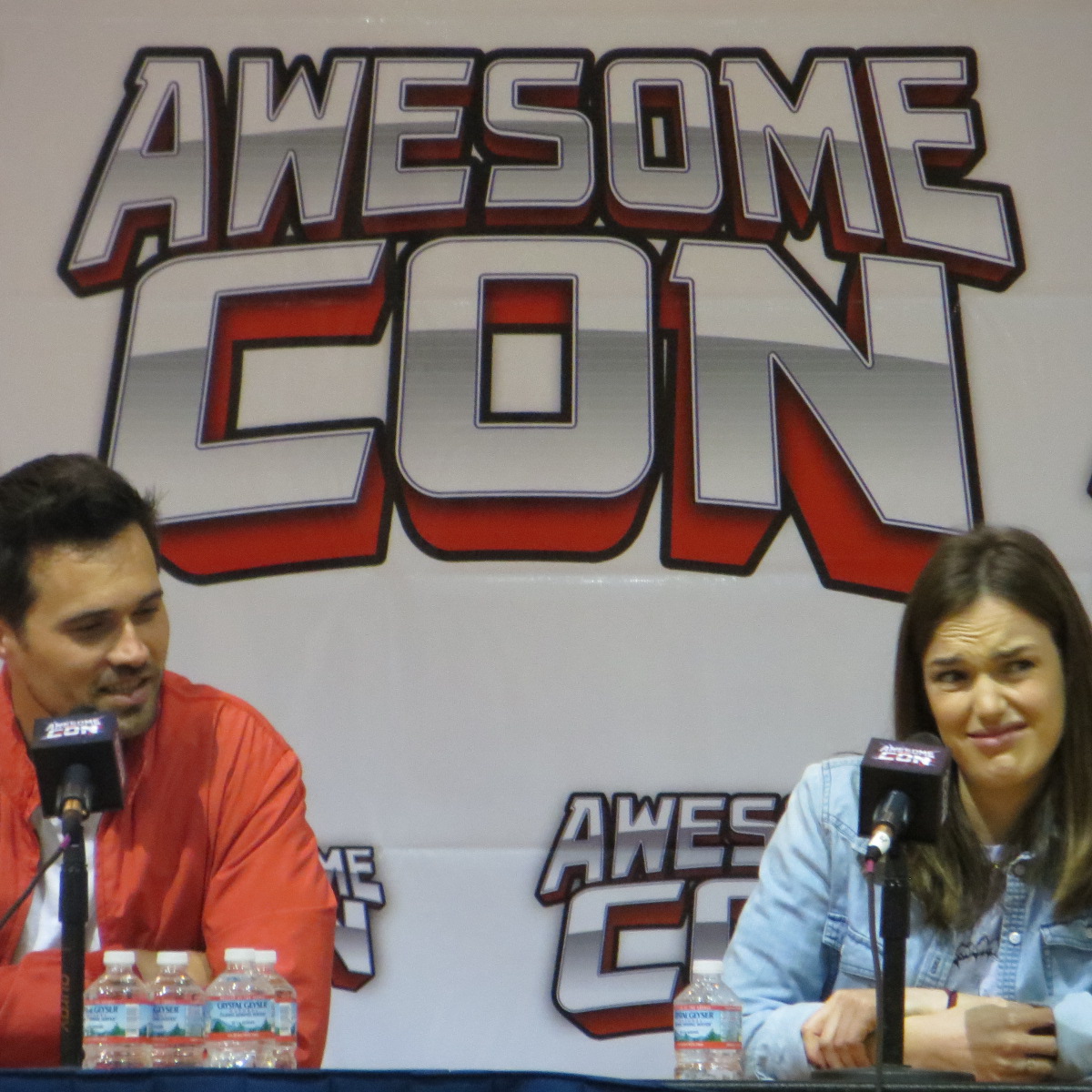 Sunday I only managed to get to the Doctor Who panel so here it is! 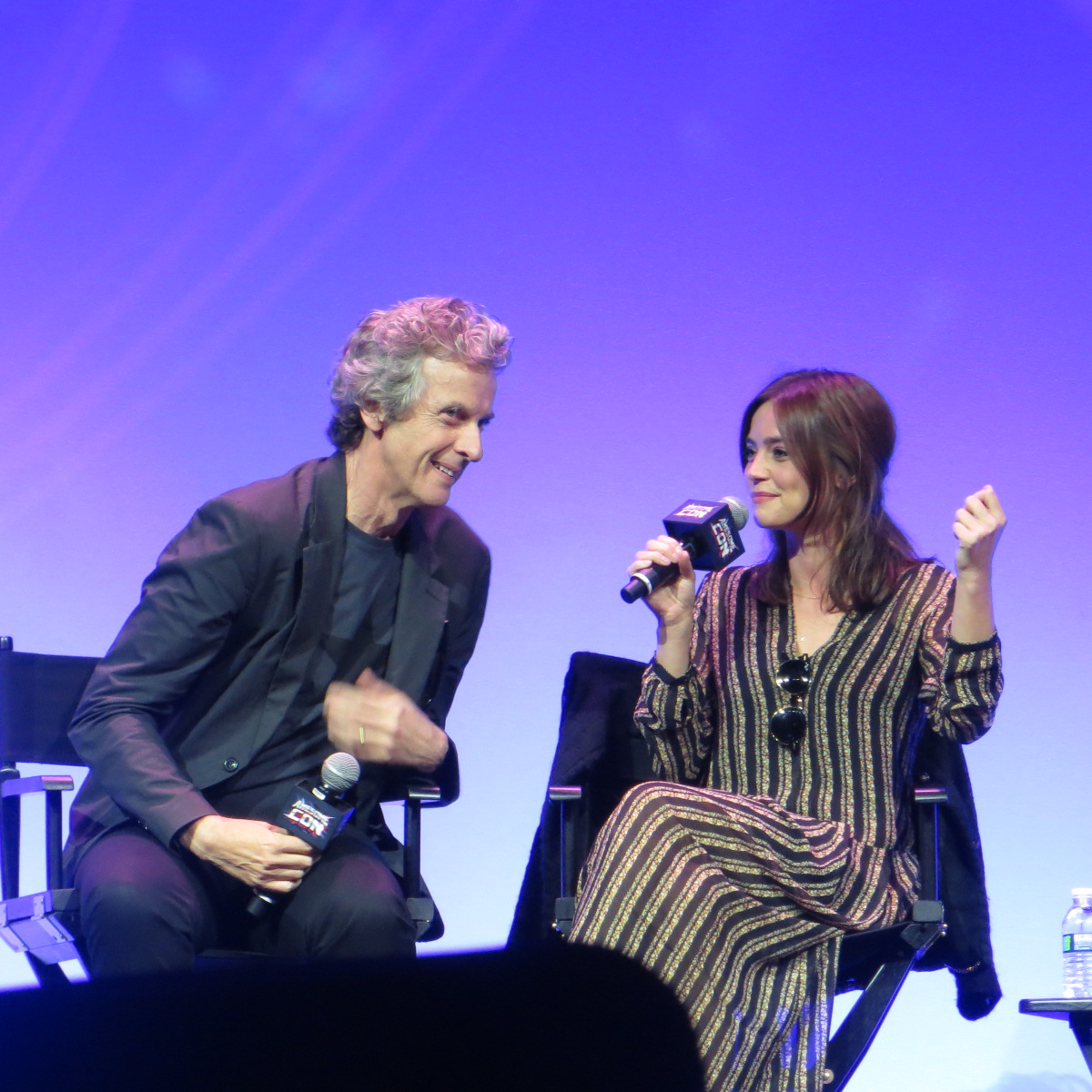 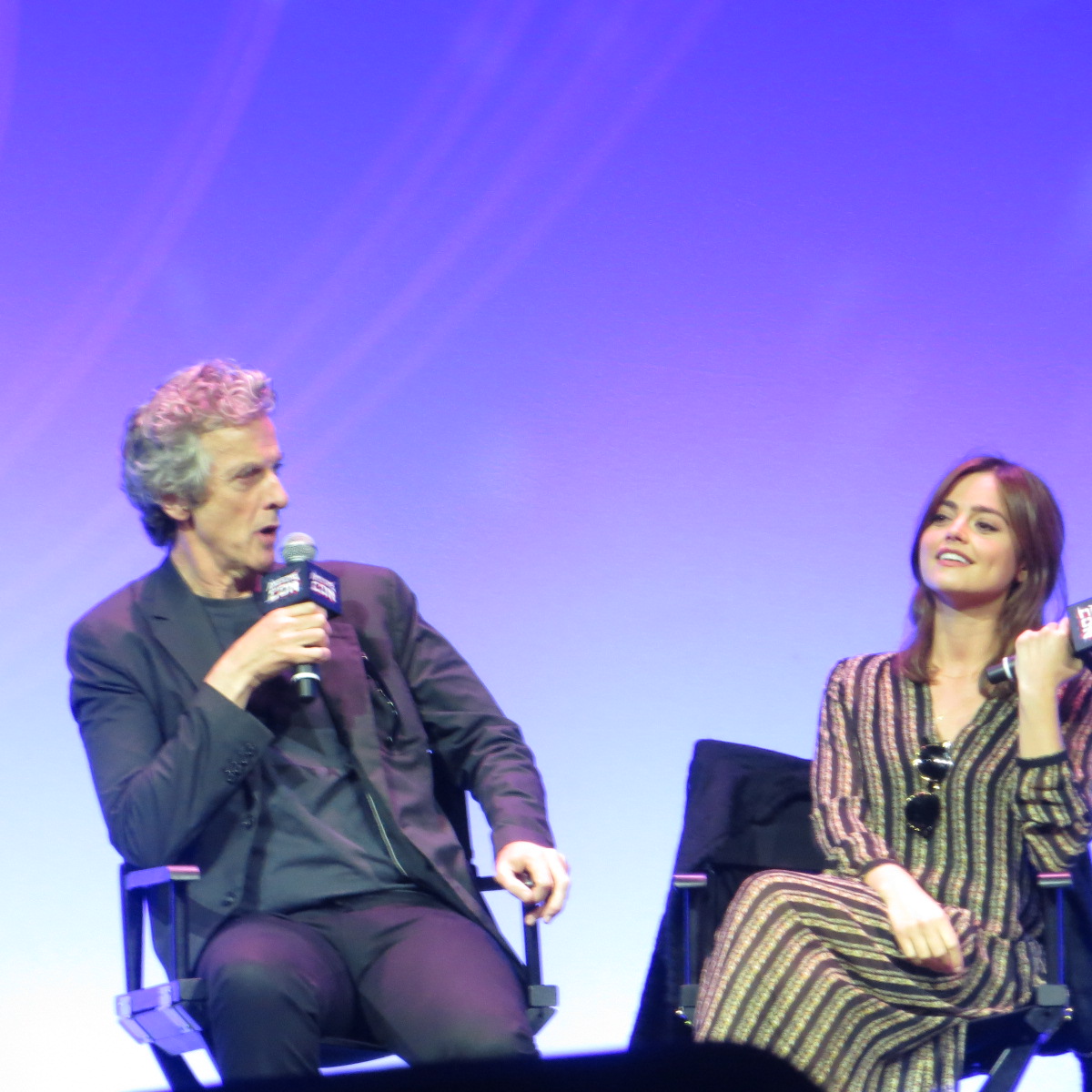 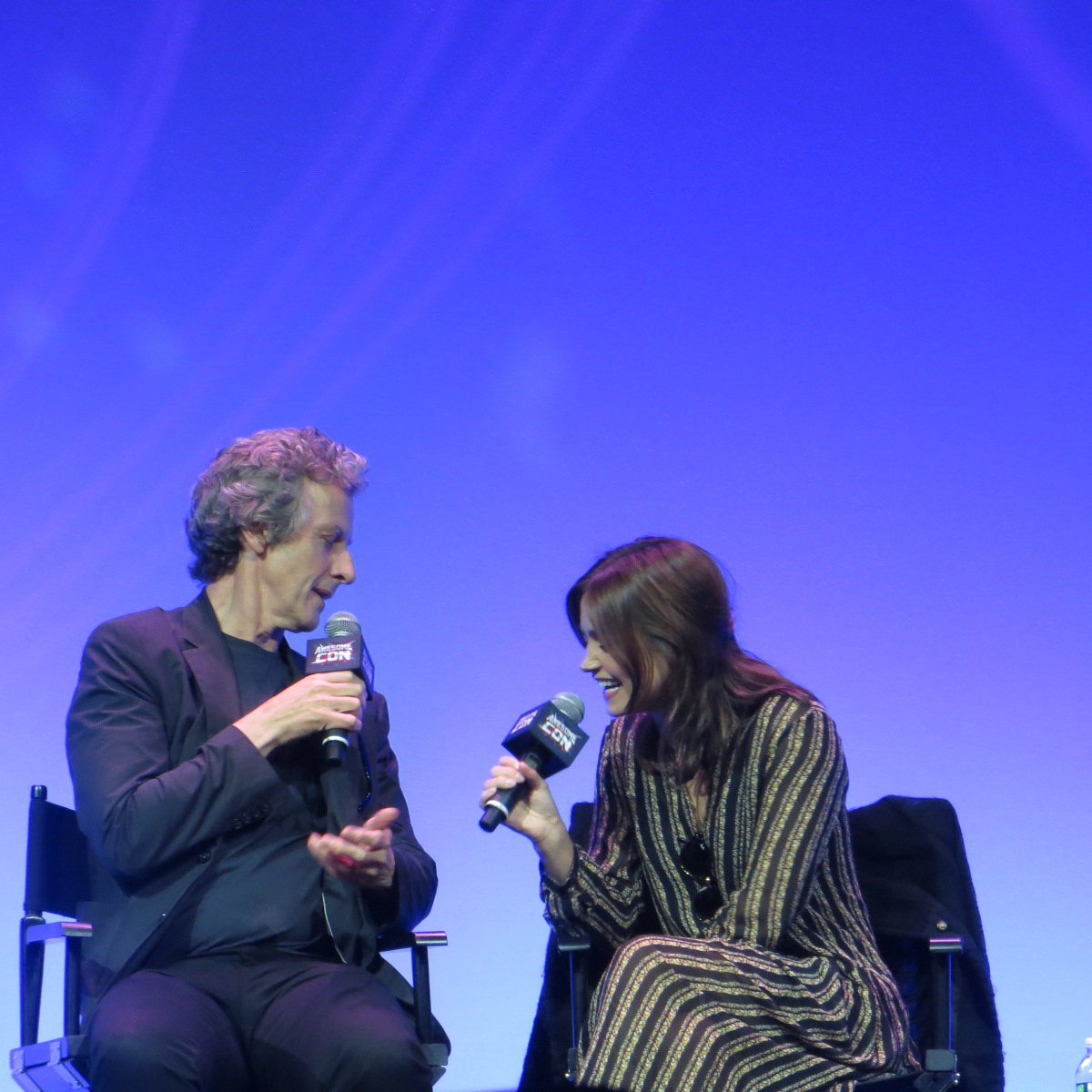 What panels did you check out during Awesome Con? Did you mostly focus on the big panels?  Were you one of the many that were in line for the Doctor Who panel on Sunday?  Sound off on your favorite panels below!