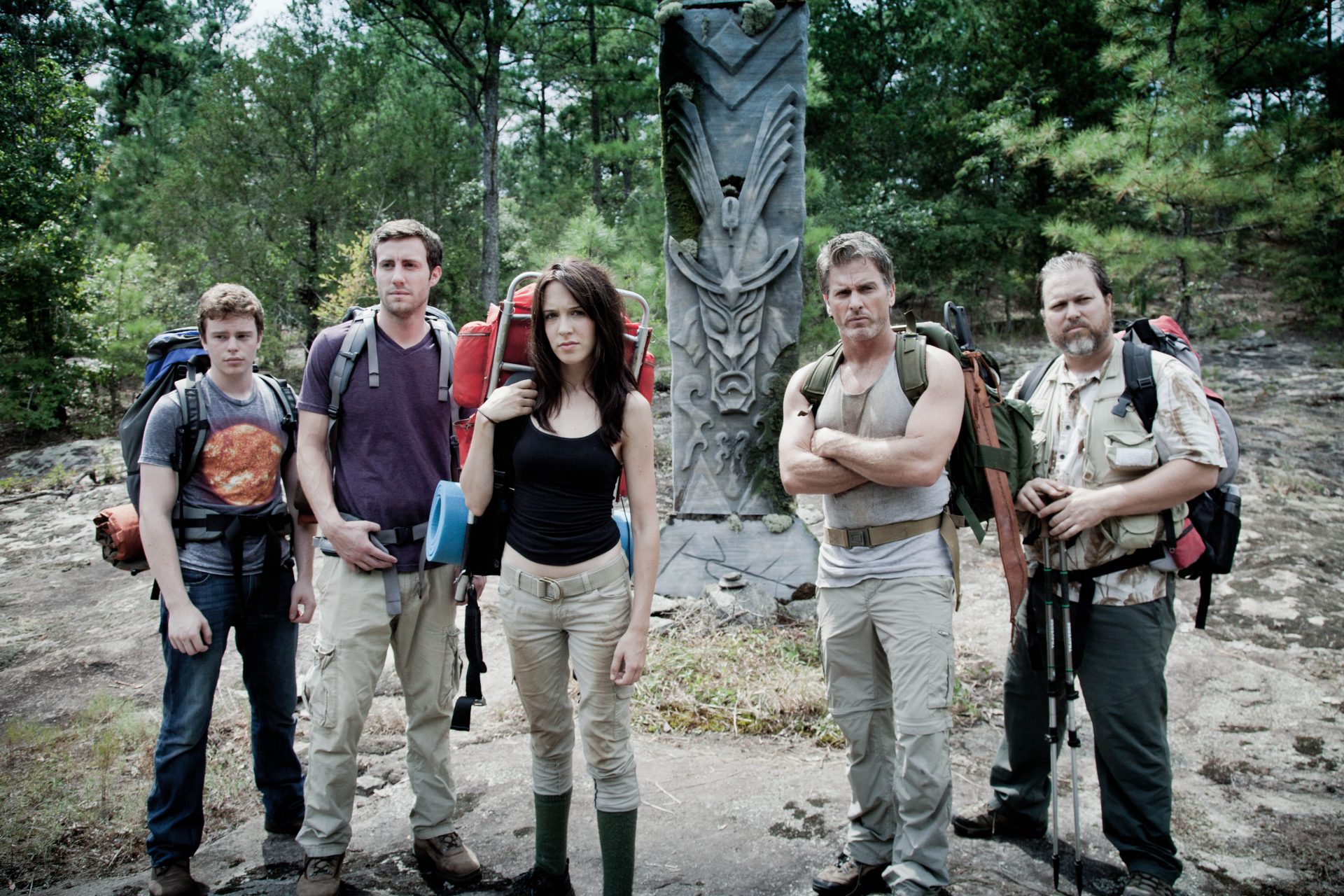 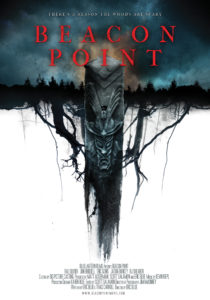 Occasionally, I see a film that’s so bad, I can’t help but be angry that I spent any time watching it. Beacon Point is one of those films.

The film fails on multiple levels, even though Rae Olivier, as main protagonist Zoe, gives it her all. What should be Zoe’s dynamic journey into darkness winds up all but inert.

As common with horror films, we get a little opening mayhem to whet our appetites for the expected carnage to come. Several men in camouflage are hunting an unseen quarry which quickly makes mincemeat of them. Whatever or whoever it is, it’s set up to be a formidable foe as it takes out the heavily armed gents one by one.

Soon after, we meet Zoe, a real estate agent who quits her job to go on a 10-day guided hike along the Appalachian Trail, usually depicted in films as a place where bad things happen to city folk when they venture there. Things are no different for Zoe and the strangers she is grouped with: Dan (Eric Goins), Brian (Jason Burkey), and Cheese (RJ Shearer), Brian’s little brother with whom he shares some family drama.

They’re led by Drake (Jon Briddell), an ex-con who’s just accidentally murdered his boss, Phil (Randall Taylor). Phil was in the process of firing Drake for not disclosing his ex-con status. Poor, dumb Phil. This appears to set up an interesting tension: Will the unseen Thing take out the hikers, or will Drake?

Well, all we get is set-up because things go downhill quickly. Drake takes the group off-trail to avoid tourists (and police), spills some mumbo-jumbo about Cherokee legends and “Shadow People” (all of whom should sue for defamation), and generally acts so off that it’s surprising the hikers—none of whom are depicted as stupid—don’t figure out what’s going on within ten minutes of meeting him.

Early in the hike, we get a glimpse of a hiker who’s presumably been savaged by a bear, which, along with the beginning scene, sets an expectation of gore and monstrosity to come. Sadly, nothing that good is ahead.

Instead, the film meanders along the trail as the group gets lost, winds up at Beacon Point, and starts getting picked off. In a good horror film, I would fear for the safety of the characters and root for their survival. Heck, there are even some horror films that are so bad, I start rooting for the monster to eat everyone. The similarity there is that I’m invested in the characters’ fates on some level. Here, though, all I could think was, “Get to the Point!”

One thing I will say in the film’s favor is that I did care, for a while, about what happened to Zoe, which is solely due to Olivier’s acting and nothing else. However, Beacon Point squandered that feeling by being relentlessly dull; instead of abject terror, I felt bored, and when the nature of the monster was revealed, I became angry because it was so incredibly lame.

It doesn’t help that the creature design and CGI is bloody awful—or that we only see the monster once, and not even fully. It also doesn’t help that the budget for the film was apparently so low that we only get that one glimpse of the creature, some other terrible CGI letting us know the creature’s origin, and nothing else. We get the briefest of glimpses within that terrible CGI of what’s happening to the characters, but not enough to produce any feeling other than “That’s it!?” Well, if that much. The movie is pretty boring.

Writer/director Eric Blue does have an eye for beautiful scenery, but Beacon Point is not a travelogue, and nothing that is depicted in the tepid story generates the least bit of tension. The characters hike, argue, hike some more, argue some more, something weird happens so briefly it might have just been my wandering mind inventing some action for the film, and then…I don’t know. I was bored as hell.

The poster for the film indicates that the location of Beacon Point is like the underground world of As Above, So Below; that poster is more than a little misleading. Beacon Point also had a midnight premiere that I’m glad I missed because I would have strongly resented staying up that late to watch it when I could have been sleeping and having nightmares far more terrifying than anything hinted at in the film (and believe me, things are mostly hinted at, not shown, which…ARGH).

As it is, I’m sorely tempted to spoil the film and tell you the secret of Beacon Point, but I won’t because that’s not me; however, what I will do is warn you in the strongest possible terms not to waste your time watching it. DON’T. F***ING. SEE. IT. It’s not even bad enough to be funny or campy or anything that might approach enjoyment. I’m getting annoyed again just writing about it, to be honest, and I feel bad that I’m coming down so hard on an indie film when I prefer to encourage indie filmmakers, but…no. THIS MOVIE BLOWS.

Beacon Point is available on VOD, but it’s not worth your time or your dime. Seriously.