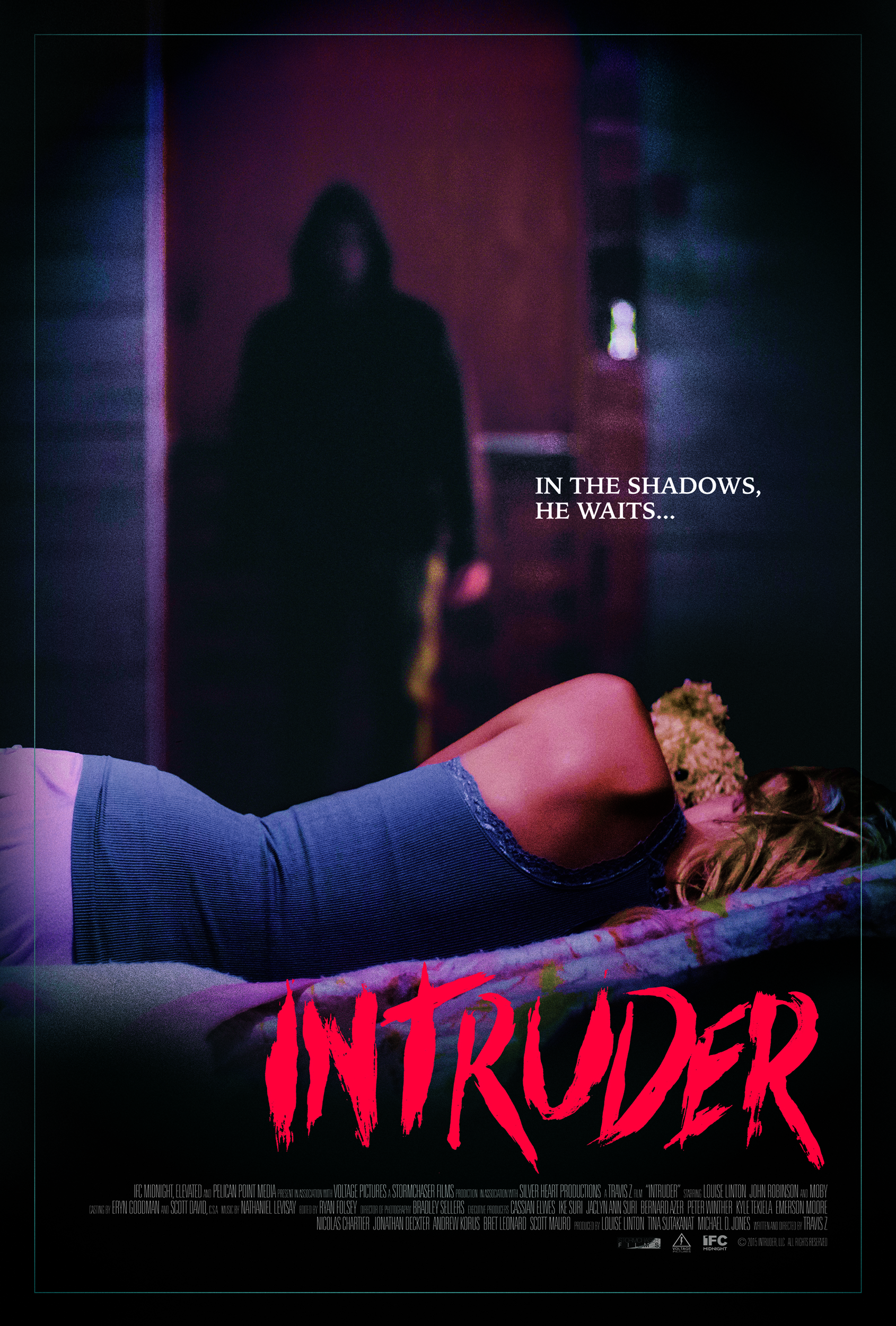 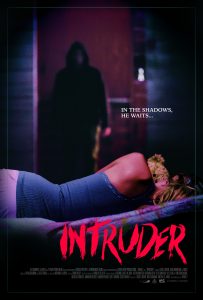 I have to give it to IFC: Its IFC Midnight imprint is a clever idea, apparently a way to brand potential cult movies—particularly in the horror genre—and get people to view small, independent films which may otherwise be ignored.

Unfortunately, its recent entry, Intruder, is pretty bad, not in that “so bad it’s good” way but in that “God, this is bad!” way.

Intruder seems to be trying to subvert the woman-in-peril-by-unseen-intruder trope by putting the audience fully in the point of view of the titular character. By implicating the audience directly in the stalking happening onscreen by telling the majority of its story through the eyes of the unknown and mostly unseen intruder, director Travis Zariwny (who directed the misconceived and ill-received remake of Eli Roth’s Cabin Fever under the moniker Travis Z.) strives to comment on voyeurism and spectator identification in horror film, but what he comes up with is hollow. Or maybe I’m reading too much into it and there’s really no there there.

The film starts with a woman home alone during a storm. Her power goes out; within minutes, she’s dead at the hands of a man who pops out of nowhere and suffocates her with a plastic bag. Zariwny uses Dutch angles to show her confusion, which gave me hope we’d get something classic, but the use is ultimately a pointless flourish.

The story then shifts to Elizabeth (Louise Linton), a cellist practicing alone in a big hall whose musical director, Vincent (played by musician Moby), is a creepy perfectionist who creepily rubs her shoulders and then berates her for her technique. He’s Intruder suspect #1.

The camera then follows Elizabeth home to her nice apartment, where she converses with a nice female neighbor; they both note that their new male neighbor is creepy as he silently, creepily stares at them. He’s Intruder suspect #2. In fact, all the males in the film are suspect, including Elizabeth’s boyfriend, Justin (Zach Myers), with whom she is having an argument and who is out of town. Or is he?

Nice Elizabeth settles in for a nice weekend alone with Ozzie, a cat she’s watching for a friend, her classical records (the repetition of the piece she’s learning is another wasted flourish), and her cello. Oh, and her intruder, who has slipped into her apartment while she takes out the trash and who proceeds to elude detection for the rest of the film until he chooses to make himself known. The longer the situation goes on, the more ridiculous his hiding gets, too. Her apartment is really not *that* big.

We then follow Elizabeth throughout the rest of the weekend while she encounters yet another creepy male/Intruder suspect, neighborhood shy boy John (John Robinson), up through and until the anticlimactic twist ending/reveal of the actual intruder. The twist is so hacky that it provokes only disappointment; I couldn’t even be upset with how silly it all was.

Blame for the film’s failure falls squarely on the shoulders of Zariwny, who also wrote the lackluster script. Zariwny’s main horror film go-to is copious jump scares accompanied by loud musical stingers which are not in the least startling, let alone scary. I couldn’t tell if the overuse was an amateurish move, or a purposeful attempt at camp by clearly delineating when the audience is supposed to be “scared.” Either way, the technique is clumsy and produces nothing but annoyance.

The cast is game for everything down the line, though their acting abilities differ wildly (Linton being the best and Moby needing an acting class), but the biggest problem is I never cared what happened to any of them except Ozzie, the All-Knowing and All-Seeing Feline, who is a real trooper for putting up with all the shenanigans he’s put through. I do admit to feeling uncomfortable during the gratuitous shower scene, which I suspect was the point of it, but other than that, I just wanted the whole enterprise over.

Intruder is available on VOD, and hits theaters June 24th

This is the pin you’re looking for – Hip Hop Trooper Pin – releasing today.