This week Kidrobot released some new figures, including a Mr. Sparkle figure from The Simpsons. 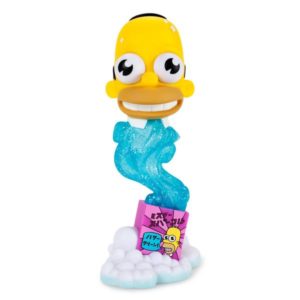 From Kidrobot’s press release:
For lucky best wash, use Mr. Sparkle! Homer Simpson’s doppelganger has finally arrived as a medium figure! Relive the classic The Simpsons episode with Kidrobot’s Mr. Sparkle figure! Mr. Sparkle measures approximately 7″ tall and makes a great addition to any The Simpsons collection! Mr. Sparkle is available in a traditional colorway and a Kidrobot exclusive gold sparkle colorway.

Mr. Sparkle retails for $49.99 and is now available on Kidrobot.com! 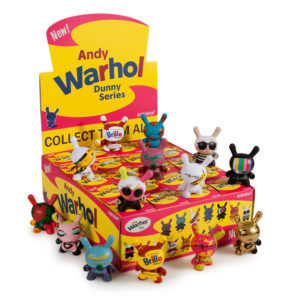 Today they announced a series of Andy Warhol x Kidrobot Dunny figures. The blind packs are $11.99 USD each, and the first 50 people to order a case pack (20 units) will receive a special Limited Edition Gift with Purchase Warhol Dunny. You can see more pics of them, as well as order direct from Kidrobot here, https://www.kidrobot.com/products/warhol-dunny-mini-series?variant=18728563718. Kidrobot also announced they will release additional Andy Warhol product lines in the fall of 2016.