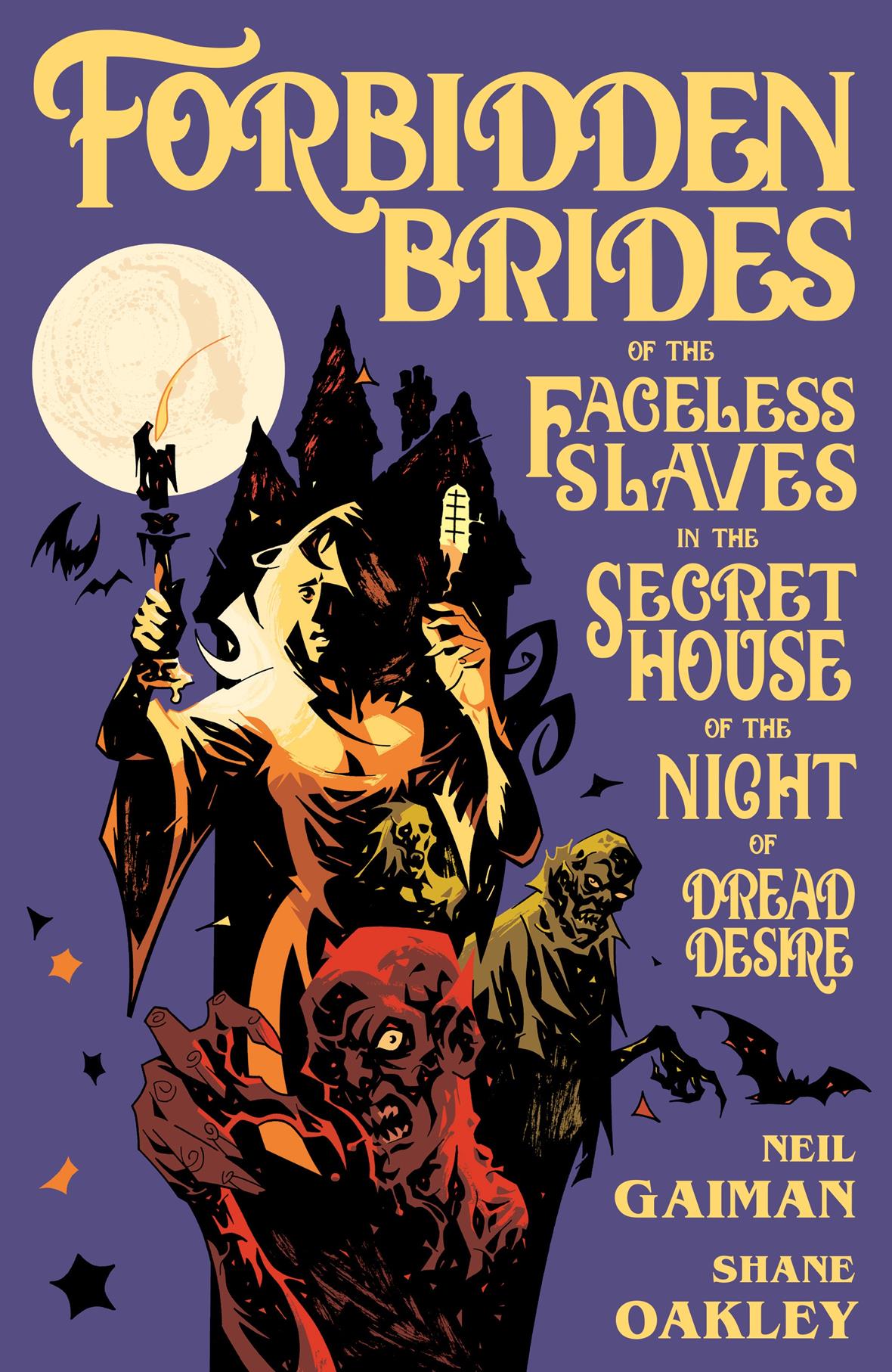 Dark Horse Comics today announced that they will be releasing a new graphic novel from Neil Gaiman. Neil Gaiman’s Forbidden Brides of the Faceless Slaves in the Secret House of the Night of Dread Desire comes out in January 2017 as a hardcover graphic novel. More details and the cover art, as well as pre-order links from the press release are below. 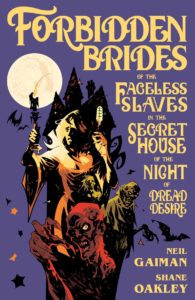 MILWAUKIE, Ore., July 14, 2016—Dark Horse is excited to announce Neil Gaiman (Sandman) is returning to one of his darkly complicated short stories in Neil Gaiman’s Forbidden Brides of the Faceless Slaves in the Secret House of the Night of Dread Desire. Originally published as a short story in Gaiman’s collection Fragile Things, Forbidden Brides has been adapted by Shane Oakley into a stunning hardcover graphic novel. Gaiman’s most recent graphic novel, How to Talk to Girls at Parties, debuted at number three on the New York Times bestseller list.

This haunting example of satirical gothic literature tells the story of a writer struggling to compose nonfiction on a dark, stormy night. Wishing to create serious stories about frail women in white nightgowns, mysterious bumps in the night, and the undead rising to collect old debts, the author is unsuccessful because of his tendency to insert comedy into his dark tales. Talking ravens, family disagreements, and interruptions from his creepy butler further hinder his literary efforts.

Writer Neil Gaiman explained the overarching theme of Forbidden Brides and the aspects of this story that influenced Sandman: “It’s about what fantasy is, and why we write it, and what it would mean to write fantasy if you lived in a Gothic universe. Some of it prefigured things I’d do in Sandman four years later.”

Forbidden Brides of the Faceless Slaves in the Secret House of the Night of Dread Desire goes on sale January 25, 2017. The hardcover graphic novel is available for preorder from Penguin Random House and Amazon.

“In an ironic story called ‘Forbidden Brides of the Faceless Slaves in the Secret House of the Night of Dread Desire,’ a struggling author cannot stop writing fiction that reads like awful parodies of horror fiction, because his life itself is an awful parody of horror fiction. ‘It’s not the satirist in you that makes you lampoon the commonplace and the humdrum,’ he is told by a talking raven. ‘Merely boredom with the way things are. D’you see?’” — The New York Times

“Gaiman began as a journalist, wrote comics and now writes everything from poetry to films. His work shows the ease with which he moves between these worlds; he straddles many genres and crosses many lines, one of which is the (sometimes invisible) line between adult and young adult fiction.” — BookPage