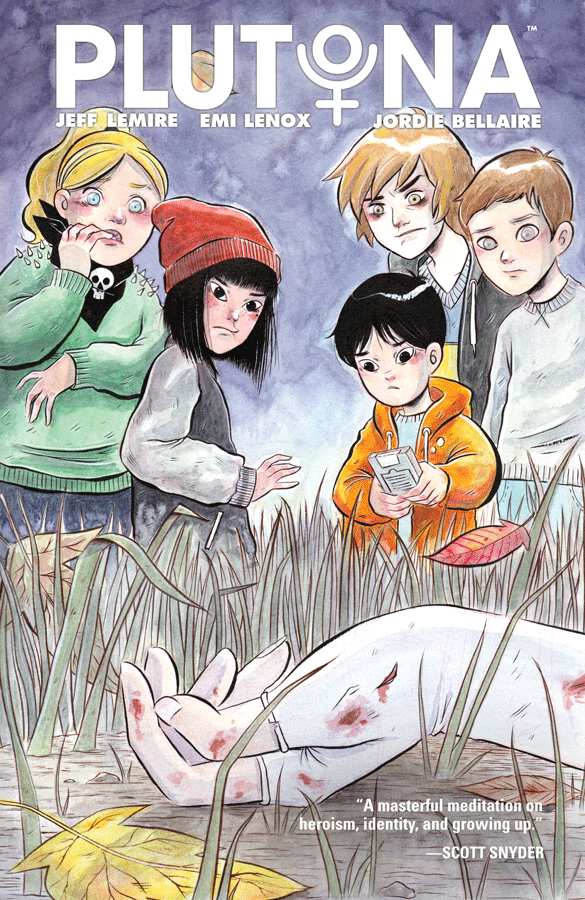 LOS ANGELES (JULY 14, 2016)—Waypoint Entertainment has acquired the rights to bestselling and award-winning author Jeff Lemire and illustrator Emi Lenox’s comic series Plutona, a coming-of-age story which centers on a group of kids who find the body of a famous dead superhero in the woods. Waypoint Entertainment’s Ken Kao (The Nice Guys), will produce with partner Dan Kao and Addictive Pictures’ Russell Ackerman (Mama) and John Schoenfelder under their first-look deal. 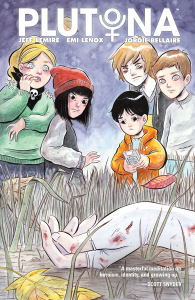 “Emi and I are extremely excited to be working with Waypoint Entertainment and Addictive Pictures to help bring our vision for Plutona to the big screen,” said Lemire. “Plutona has been a labor of love for us and we were very careful about finding a home for it, and we are thrilled that the team at Addictive and Waypoint share our passion for the story and for its potential as a film.”

Lemire is the author of titles including the Essex County Trilogy, Sweet Tooth, The Nobody, and wrote a run of Animal Man. He is known for his moody, humanistic stories and sketchy, cinematic, black-and-white art and has worked extensively with DC and Marvel Comics. Lenox is perhaps best known for her diary comic Emitown, as well as having work featured in such critically-acclaimed series as Nowhere Men, Madman, Glory, and Sweet Tooth.

Waypoint Entertainment recently acquired the rights to two Mark Millar properties, American Jesus and Supercrooks, which Ken Kao will produce with partner Dan Kao and Addictive Pictures. They are also in pre-production on the sci-fi thriller Tau, directed by Federico D’ Alessandro and starring Maika Monroe and Ed Skrein.

Addictive Pictures is a film and television production company with a specialty in elevated genre films. Addictive is currently prepping Jeremy Saulnier’s next film Hold the Dark for A24, and recently closed a deal for Deeper written by Max Landis starring Bradley Cooper at MGM.