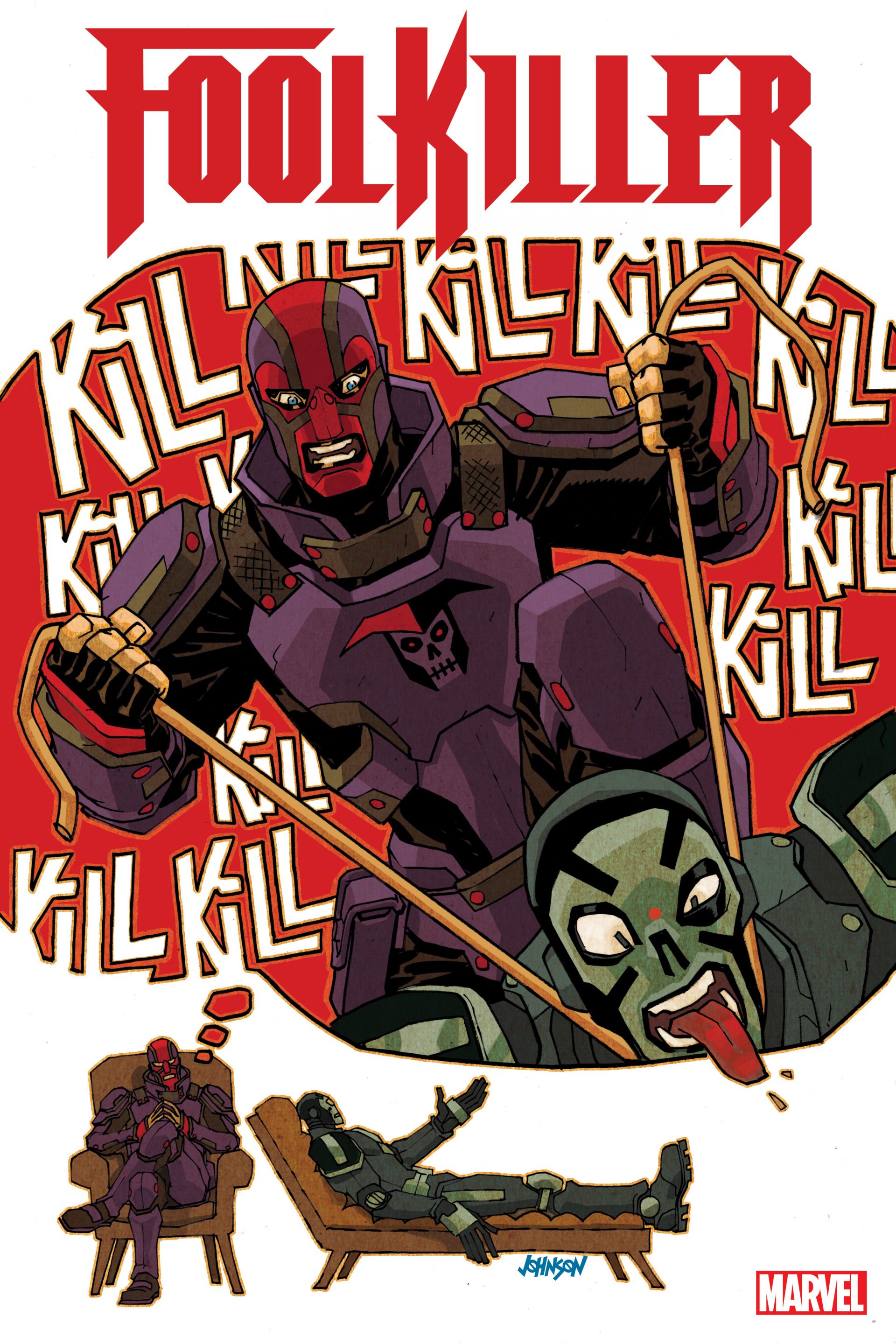 MARVEL COMICS’ FOOLKILLER DIVES INTO THE PSYCHE OF MARVEL’S BADDEST 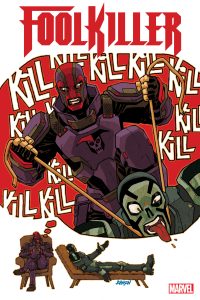 New York, NY—July 14, 2016 — Marvel’s Foolkiller steps into the spotlight this fall with a single quest: killing fools. Traditionally armed with a barrage of armaments, Foolkiller is adding a new weapon to his holster: a psychology degree and a desire to help villains reform. Problem is, if they DON’T succeed at reforming…well, he might have to kill them.

Speaking with Comic Book Resources, Bemis said, “You have an antihero who’s a vigilante, who enjoys getting into the minds of these people that, on face value, he would just shoot in the face. That’s the basic plot set-up. It’s really a fun set-up, and I get to do a lot with it.”

The saying goes that therapists become therapists because they are the ones who need the most help and that adage holds true for Greg Salinger, a.k.a. Foolkiller, “For Greg, he’s kind of an outsider in the normal person community, because he was a friggin’ vigilante and he’s actually a lunatic,” continued Bemis. “I think all of my work will probably have that theme…there’s always some kind of fish out of water-ish scenario, because that’s my neurotic thing.”

Lay back and prepare for some of the most demented villains of the Marvel Universe to unload all of their problems on the mental health merc ready to help their minds. And if not, then he may have to prescribe a more violent solution.  How does that make you feel?

Green Arrow’s Rebirth is On Target