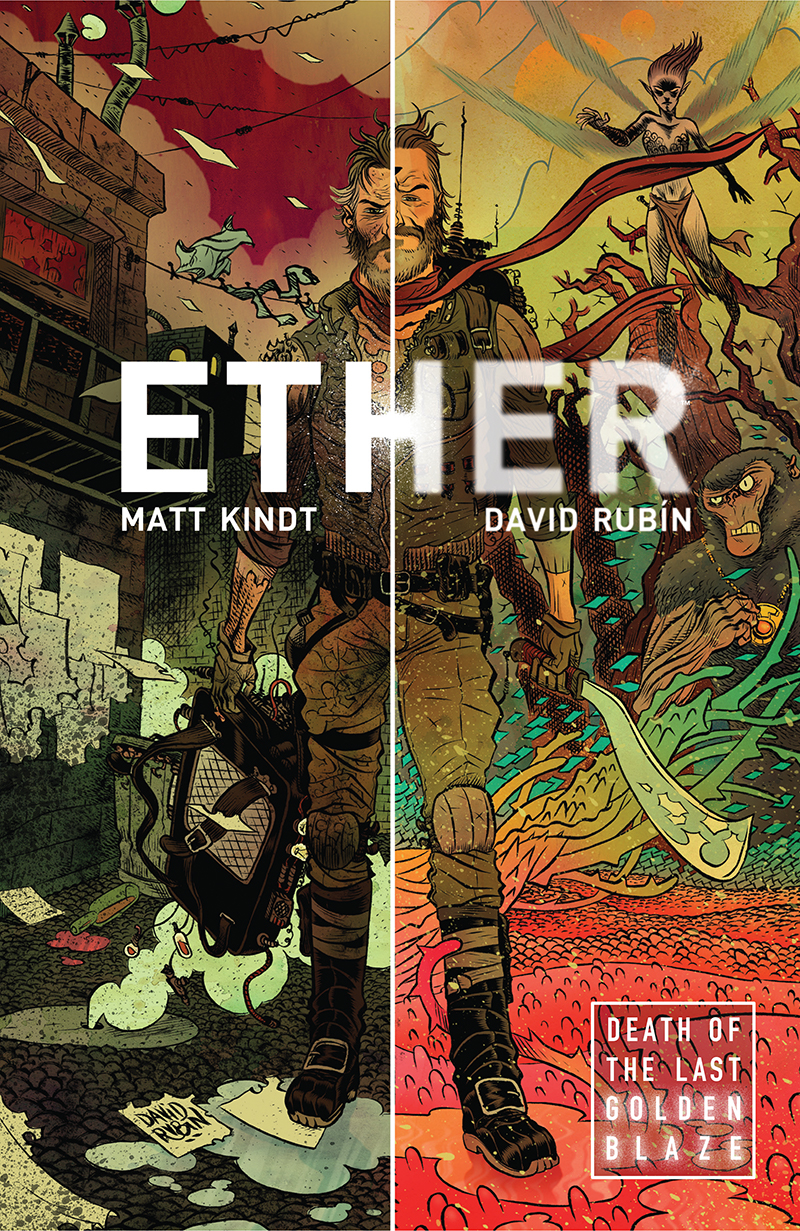 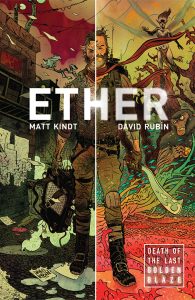 MILWAUKIE, Ore., July 14, 2016 — Dark Horse is proud to announce a new series from the talented creative team of Matt Kindt (MIND MGMT, Past Aways, Super Spy, Dept. H) and David Rubín (The Hero, The Rise of Aurora West). Ether is a fantastical story about what happens when science and magic intersect.

Ether follows the adventures of Boone Dias, a science-minded interdimensional explorer from Earth, as he tries to reconcile the existence of magic with his own scientific reality. Boone is a regular visitor to the Ether, a supernatural realm with magical residents. The Ether’s residents trust Boone to solve their toughest crimes by combining his background in science with the Ether’s magic.

Cocreator Matt Kindt explained the parallels between Boone’s science-mindedness and his own: “Ethercame from my love-hate relationship with the supernatural. It’s not a genre I’m particularly attracted to as a creator, and I really wanted to figure out why. So in a lot of ways, the main character in Ether is a surrogate for the part of me that wants to explore the supernatural but also wants everything to be explained — which can literally ruin the magic of a supernatural story.”