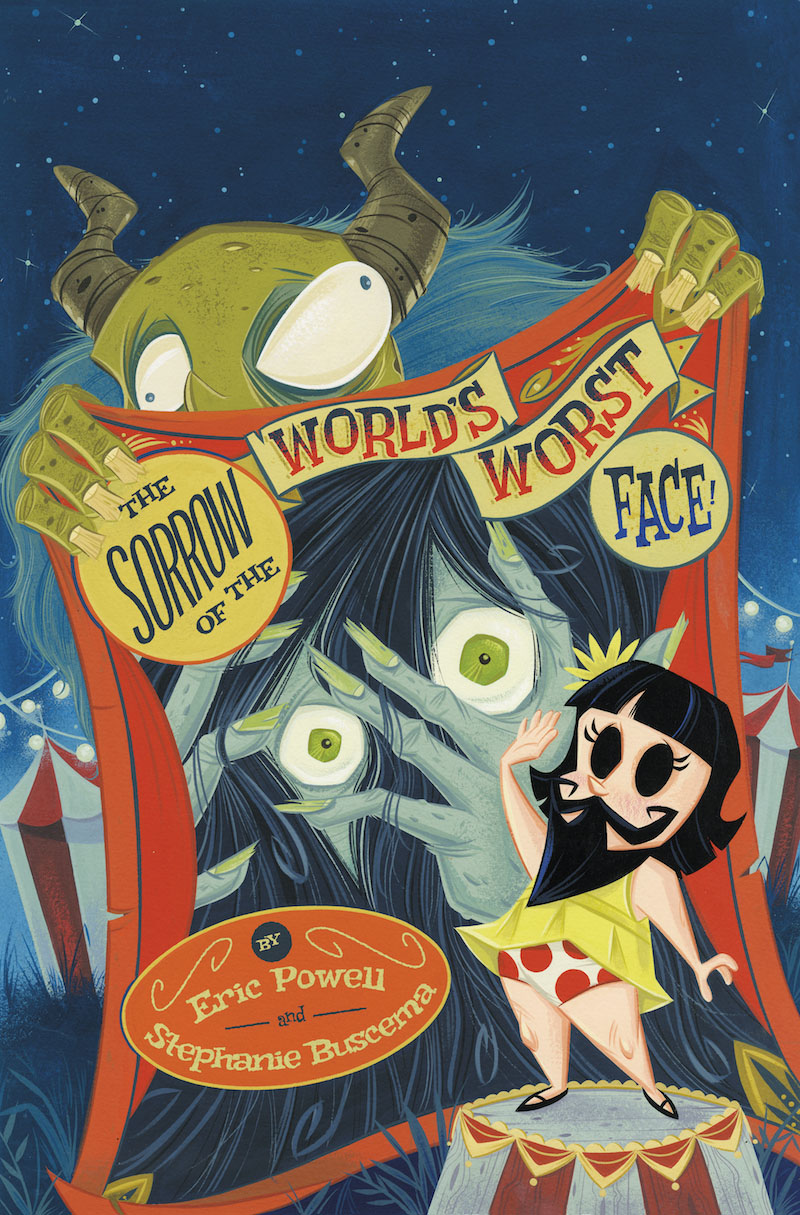 Dark Horse Comics today announced that the team of Eric Powell and Stephanie Buscema will once again collaborate on another adventure starring Lula and Chimichanga. The Sorrow of the World’s Worst Face goes on sale in October. More information and cover art below from their press release. 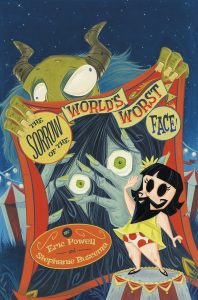 MILWAUKIE, Ore., July 15, 2016 — Dark Horse is excited to announce that Chimichanga lovers will have another book to consume this year! The legendary creative duo of Eric Powell (The Goon) and Stephanie Buscema (Red Sonja) will bring fans more Lula and Chimichanga adventures! Readers will be delighted to find that Wrinkle’s Traveling Circus is back with a new act!

Chimichanga creator Eric Powell explained the creative process behind the new series, The Sorrow of the World’s Worst Face, to Kiel Phegley at Comic Book Resources: “Lula is such a bubbly and positive character, even though she lives in that setting. It’s one of the things I wanted to do with the whole Chimichanga series — give kids the kind of character they don’t normally get. Lula is a chubby little girl with a beard, so she’s not your stereotypical kind of hero. She’s completely cool with the way she is, and she’s happy about it. I’m kind of playing against that with The Sorrow of the World’s Worst Face because she comes into contact with someone who is the exact opposite and is pretty angry about it. I think that was the theme of this series.”

The first issue of The Sorrow of the World’s Worst Face goes on sale October 12, 2016, with the three subsequent issues published monthly.