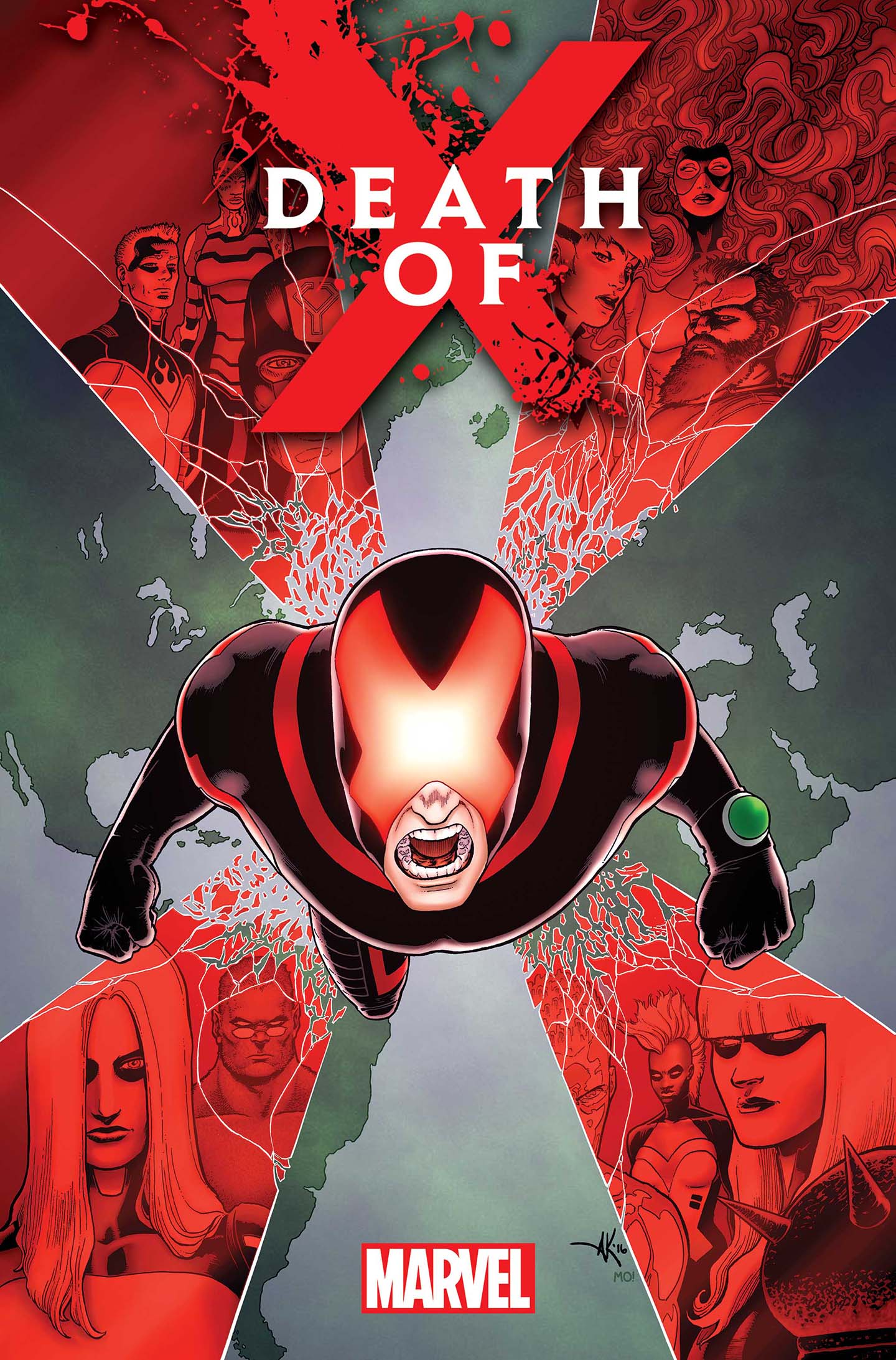 Brand new mini-series coming this fall from Charles Soule and Jeff Lemire with art by Aaron Kuder. Death of X #1 puts the X-Men and the Inhumans head to head. What will happen? We will find out this fall. More info in the press release below. 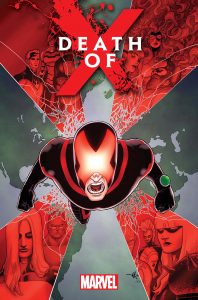 DEATH OF X #1 Ignites the Feud Between Mutants & Inhumans!

New York, NY—July 7th, 2016 — The X-Men and the Inhumans are on a collision course. Cyclops is missing and presumed dead. But the question on everyone’s lips is “why”? That question and more will be answered in DEATH OF X #1 – a new 4-issue series launching this fall! Superstar creators Jeff Lemire (Extraordinary X-Men) and Charles Soule (Uncanny Inhumans) are joined by fan-favorite artist Aaron Kuder (Action Comics) for an incendiary tale that will change the course of Mutantkind and Inhumanity alike!

As the Terrigen Mists roll across the Earth, it’s transformative properties are birthing new Inhumans across the Marvel Universe. But while the mists bring life to the Inhumans, they spell only doom for the X-Men, leaving dead or sickly mutants in their wake. As the Inhumans travel to Japan where the Terrigen Cloud has created a shocking new Inhuman, the X-Men travel to Muir Island where the cloud has caused something truly terrible. For the sake of his people, Cyclops must take action or face extinction. But how?

“Right now things are not good for mutantkind,” says Jeff Lemire, speaking with Entertainment Weekly. “On the flipside, Inhumans have been growing and becoming more prominent in the Marvel Universe. There is a lot of tension between these characters about that…’

“For both sides of this, it doesn’t affect just a small group of them,” continues Charles Soule. “It’s not just their livelihood and way of life but their very lives at stake, so they’re going to react the way you think they would.”

The burning questions will be answered here as the Inhumans and the X-Men’s untold past comes to light. But with the fuse lit, how long until this powder keg explodes? Find out this October as Soule, Lemire and Kuder bring you DEATH OF X #1!