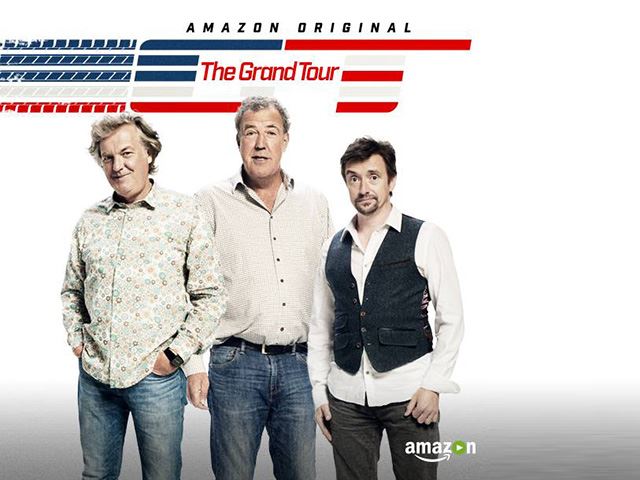 This week Amazon announced a contest where winners can join Jeremy Clarkson, Richard Hammond and James May at a studio recording of  The Grand Tour (premiering this fall on Amazon Prime Video). Full details (and picture) on the contest are below, courtesy of Amazon. 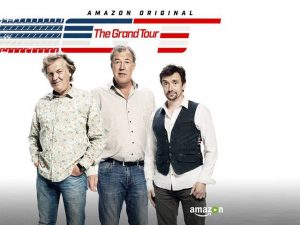 Amazon has revealed details on how US customers can join Jeremy Clarkson, Richard Hammond and James May for a once-in-a-lifetime experience at a studio recording of The Grand Tour. The guest list for the brand new Amazon Original Series, premiering this fall on Prime Video, opens today, enabling customers to apply for exclusive tickets to the tent recording taking place in Southern California in front of a live studio audience.

Amazon.com customers can apply to be in the audience at a studio recording from 9am PT today at http://www.amazon.com/GTGuestlist. All applicants must fill out an entry form to submit their application. Entries are open until midnight on August 8.

“We were overwhelmed with the customer response to our first studio tent recording in Johannesburg last month and are excited to announce the next location for The Grand Tour,” said Jay Marine, VP of Amazon Video Europe.  “The guest list application for our California recording is open today and for a limited time, so get in quick for the opportunity to be one of the fortunate fans in our first ever studio audience in America. Good luck!”

The Grand Tour joins Prime Video’s lineup of award-winning and critically-acclaimed TV shows and movies, which includes series like Mr. Robot, Downton Abbey, The Americans, Orphan Black, and Amazon Original Series and Movies from Amazon Studios like Transparent, The Man in the High Castle and kid series Tumble Leaf, andLove & Friendship. Prime members can choose to stream or download from Prime Video, to make keeping up with their new favorite shows effortless, whether on the move or at home.