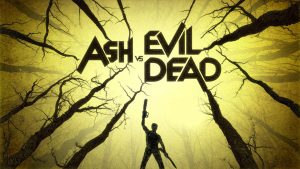 Clips STARZ presents Bruce Campbell’s FUNNY OR DIE video, “The Dangers Of Having A Chainsaw For A Hand”  & a (very!) graphic behind-the-scenes clip of Lucy Lawless’ Ruby sparring with Demon Spawn

Bruce Campbell’s Ash Williams lives an extraordinary life for a hilarious FUNNY OR DIE video and Lucy Lawless’ Ruby lives an unglamorous life as she battles her Demon Spawn covered in guts and gore. Please see below for links to both videos and friendly reminder that STARZ’ “Ash vs Evil Dead” returns for Season 2 on Sunday, October 2nd at 8PM ET.

About Ash vs Evil Dead

Back to the Future 2 Magnetic Levitating Hover Boards review

The Witcher Saga is coming to Netflix