Barnes & Noble today announced that the voice of Ahsoka Tano (Ashley Eckstein) would be doing a book tour to celebrate the release of her new audio book along with the author of the book E.K. Johnston. The tour kicks off at New York Comic Con on October 7th and continues all over the country after that. More information and pictures below courtesy of their press release. 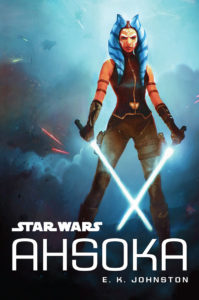 What: Star Wars: Ahsoka Book Tour and Fan Meet-Ups at select Barnes & Noble bookstores and at the Disney Booth #2820 at New York Comic Con to celebrate the release of the new book, Star Wars: Ahsoka, from Disney-Lucasfilm Press.

Star Wars: Ahsoka Book Overview: Fans have long wondered what happened to Ahsoka after she left the Jedi Order near the end of the Clone Wars, and before she re-appeared as the mysterious Rebel operative Fulcrum in the Disney XD TV series, Star Wars Rebels. Finally, her story will begin to be told. Following her experiences with the Jedi and the devastation of Order 66, Ahsoka is unsure she can be part of a larger whole ever again. But her desire to fight the evils of the Empire and protect those who need it will lead her right to Bail Organa, and the Rebel Alliance. 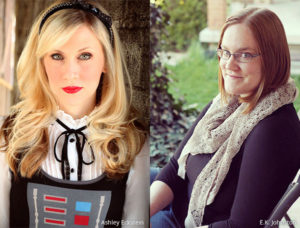 When / Where: Celebrate the release of Star Wars: Ahsoka by Joining Ashley Eckstein and E.K. Johnston at these upcoming event locations: