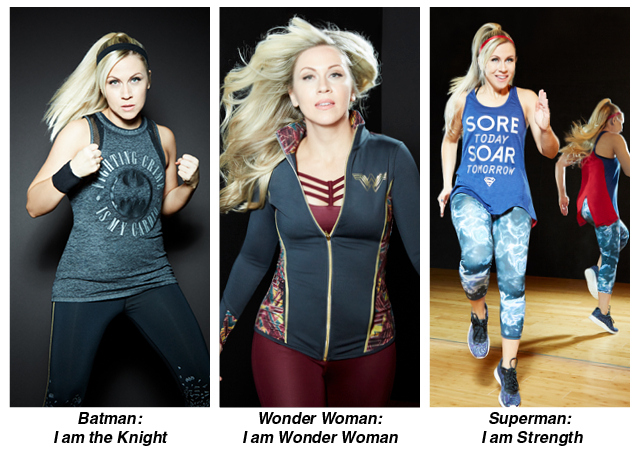 Earlier today, Her Universe announced a new collection of activewear based on DC Super Heroes (Wonder Woman, Superman, and Batman). The line will be sold exclusively by Kohl’s starting today. More information along with videos, and pictures below courtesy of their press release.

ANNOUNCING DC BY HER UNIVERSE

Los Angeles, CA – April 3, 2017 – Her Universe, the leading fangirl fashion company and lifestyle brand, and actress and ultimate fangirl Ashley Eckstein, shine the spotlight on DC fangirls and officially announce the first-ever DC activewear collection.  The announcement, in partnership with Warner Bros. Consumer Products (WBCP), on behalf of DC Entertainment, and with Kohl’s, a leader in juniors licensed activewear, marks the first time ever that Her Universe has designed a collection inspired by the world’s most iconic DC Super Heroes—Wonder Woman, Batman and Superman.  Her Universe has created a fashion forward line available exclusively in Kohl’s stores nationwide and on Kohls.com April 3. 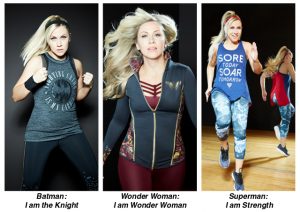 “Fans have been asking me to design DC fashion for a while now,” said actress and Her Universe Founder Ashley Eckstein. “I’m honored to be a part of the DC family as the voice of Cheetah in DC Super Hero Girls, and this collaboration became inevitable, as it has been in the works for some time.  It’s a dream come true to design for Wonder Woman, Batman and Superman, three characters that I love so much!”

Her Universe has teamed up with Kohl’s to create a fashion forward line available exclusively in Kohl’s stores nationwide and on Kohls.com April 3rd, which includes sports bras, tank tops, tees, jackets, shorts and leggings available in juniors and plus sizes. Price point of the collection is $24 to $55. The Wonder Woman collection is landing in stores in May in celebration of the new Wonder Woman movie opening June 2. 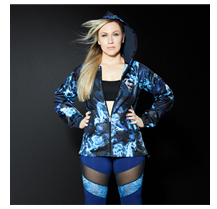 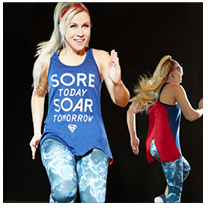 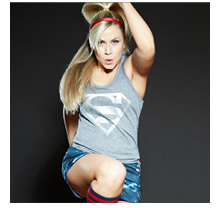 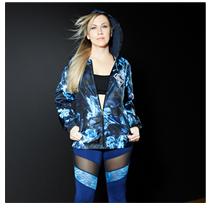 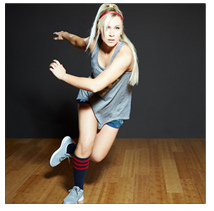 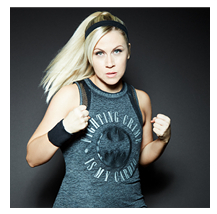 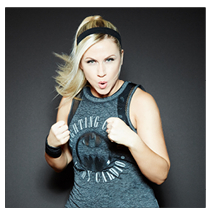 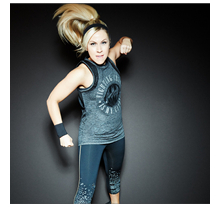 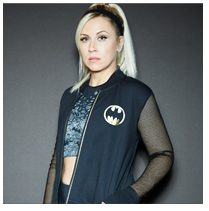 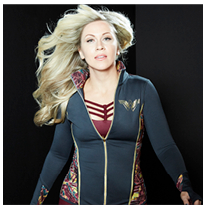 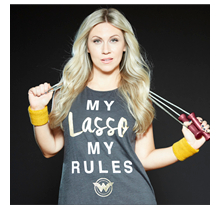 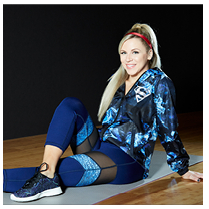 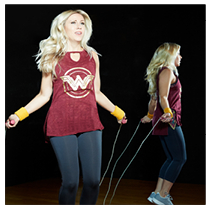 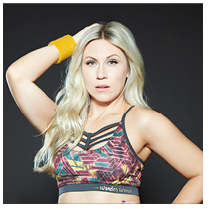 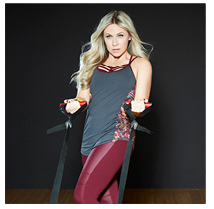 Eckstein, inspired by Wonder Woman, wanted to encourage young women to embrace their warrior spirit and has created a promotional campaign that will be launching with the collection’s release.  Using the hashtag #HerUniverseAtKohls, these subtle reminders encourage fangirls to be like these iconic DC characters in their everyday life:

“We’re thrilled to partner with Ashley, once again, to bring DC’s most iconic Super Heroes to ‘Her’ Universe,” said Pam Lifford, President of Warner Bros. Consumer Products.  “This all-new activewear collection is inspired by Wonder Woman, Batman and Superman, and is for everyone who wants to exude their inner Super Hero, show off their strength and power, and just have some fun.”

Eckstein has also created three 5-minute quick and easy workout videos inspired by each character to train like Wonder Woman, Batman and Superman. No experience or equipment necessary.

About Wonder Woman
Wonder Woman hits movie theaters around the world when Gal Gadot returns as the title character in the epic action adventure Wonder Woman. Before she was Wonder Woman, she was Diana, princess of the Amazons, trained to be an unconquerable warrior. Raised on a sheltered island paradise, when an American pilot crashes on their shores and tells of a massive conflict raging in the outside world, Diana leaves her home, convinced she can stop the threat. Fighting alongside man in a war to end all wars, Diana will discover her full powers…and her true destiny.

DC Entertainment
DC Entertainment, home to iconic brands DC (Superman, Batman, Green Lantern, Wonder Woman, The Flash, etc.), Vertigo (Sandman, Fables, etc.) and MAD, is the creative division charged with strategically integrating across Warner Bros. and Time Warner.  DC Entertainment works in concert with many key Warner Bros. divisions to unleash its stories and characters across all media, including but not limited to film, television, consumer products, home entertainment, and interactive games.  Publishing thousands of comic books, graphic novels and magazines each year, DC Entertainment is one of the largest English-language publishers of comics in the world.

All DC characters and elements are trademarks of and © DC Comics. (s17)