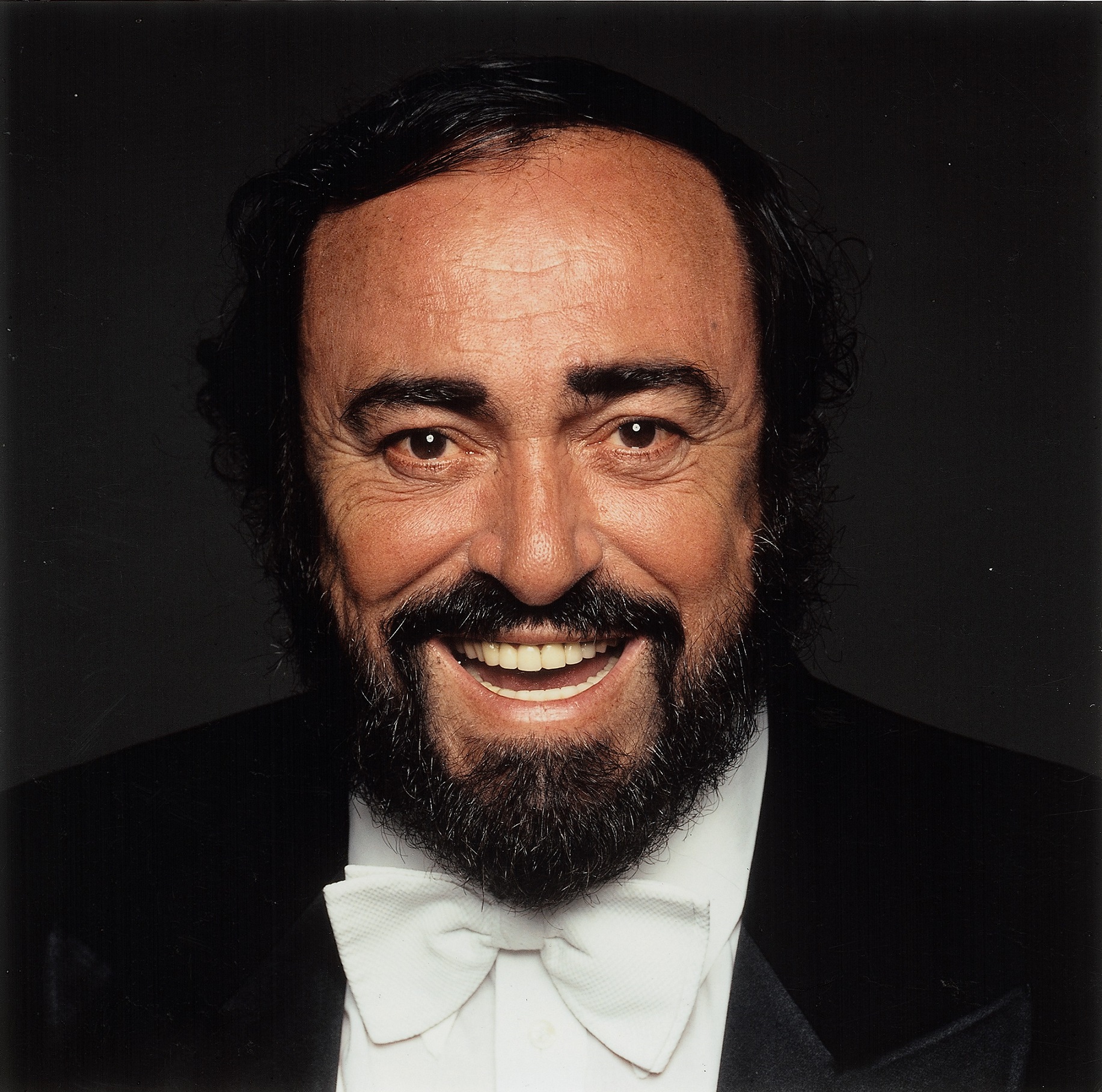 Earlier today Imagine Entertainment along with White Horse Pictures announced they were going to produce a documentary about Luciano Pavarotti. Ron Howard is set to direct the film as well as producing it along with Nigel Sinclair, Brian Grazer, Michael Rosenberg and Jeanne Elfant Festa.

The film will be directed by Academy Award®winning director Ron Howard who will produce alongside Nigel Sinclair, Brian Grazer, Michael Rosenberg and Jeanne Elfant Festa. The creative team will be joined by Eight Days A Week award-winning writer Mark Monroe and award-winning editor Paul Crowder. White Horse’s Guy East and Nicholas Ferrall will serve as Executive Producers along with Crowder and Monroe. Cassidy Hartmann will serve as a consulting writer and Co-Executive Producer. Mark McCune will serve as Supervising Producer. Dickon Stainer, President and CEO of Global Classics, UMG, and David Blackman, Head of Polygram Entertainment, along with Didier Lupfer and Ron Halpern for STUDIOCANAL, will also serve as Executive Producers. The feature documentary will be produced with the full cooperation of the Pavarotti Estate, Universal Music Classics and Decca Records.

Ron Howard says of the maestro, “Pavarotti’s life was replete with the highs and lows of great drama and, like any compelling character, he was also a man of considerable contradictions. His artistic ambition, propelled by his massive talent, and his deep love for humanity drove his career and the powerful bond with his audiences, but they also fueled his other life as a world philanthropist.  I am intrigued by the way his emotional passion not only drove his music and his powerful bond with his audiences, but his gift of his other life as a philanthropist.”

Brian Grazer says, “This is a man who spent his life searching for success, searching for his soul, and seeking his own fulfillment, while the rest of us looked on in awe at his talent and enormous, magical personality.”

Nigel Sinclair says, “Pavarotti’s humble beginnings – the son of a baker, who grew up in a small town in Italy, and grew up to be one of the most acclaimed high classical artists in human history – is a truly powerful and life-affirming tale.  It is great to reunite the team to tell the story of this incredible artist.”

Ron Halpern, EVP International Production and Acquisitions, who will be following the project for STUDIOCANAL along with Shana Eddy-Grouf, SVP of International Production and Development, said: “We all had such a great experience working together with Ron Howard, Brian Grazer and Nigel and Guy on The Beatles: Eight Days a Week and are excited to begin another film together so quickly. Studiocanal and Universal Music have been working more and more together to find great film stories with Universal Music talent and Pavarotti is one of the most iconic musical figures of the last 50 years.”

Luciano Pavarotti is recognized as one of the most popular classical artists in the history of the recording industry.  He was an enigma.  Reportedly, he could not read music, and he was  a natural talent.  Emerging from  simple beginnings in Northern Italy – his father was a baker, his mother  rolled cigars – he exploded on the opera scene in Covent Garden, London in the 1960’s, and from there went on to become a massive figure in culture, arts and ultimately, popular culture.  Like so many great artists, Pavarotti’s journey was one of challenges and contradictions, ups and downs, loves and loves lost.  So many people know of him, and very few know anything about him.  The film will seek to explore the challenging, tempestuous, and triumphant journey of this master artist and huge  world figure.

‘Nessun Dorma’ from the final act of Puccini’s opera Turandot was the tenor’s signature aria and his powerful performances of it cemented his global popularity proven by his album sales that reached well over 100 million and racked up five out of the 20 best-selling classical music LPs ever sold worldwide.

With his large white handkerchief, a personal trademark, he is perhaps synonymous with opera to generations of people throughout the world.  In his 71 years he transcended the boundaries of his art form to become a singular icon of culture and public life, indeed a “world citizen”.

A love or knowledge of opera is not necessary to appreciate Pavarotti’s exceptionalism. His genius can be felt by anyone who has ever seen him perform: in the warmth of his enormous smile, his larger- than-life physicality and, of course, in the soul-stirring power of his unparalleled voice.  Pavarotti remained a performer for the people, drawing an audience from all sectors of society who came to know him as the “King of the High C’s”.

Pavarotti was known for his humanitarian work. He was the founder and host of the ‘Pavarotti & Friends’ annual charity concerts and related activities in Modena, Italy. There he sang with international stars of all styles to raise funds for war-torn children and many other causes. He also established and financed the Pavarotti Music Center in Bosnia and raised funds in charity concerts for refugees from Afghanistan and Kosovo.

Pavarotti was also the first opera singer to become an arena star; taking his finest arias out of the opera house and into suitably jumbo-sized venues in which he could sing, as a solo performer, to tens of thousands of people.

ABOUT THE IMAGINE ENTERTAINMENT

Imagine Entertainment was founded in 1986 by Ron Howard and Brian Grazer to create independently produced feature films, television programs and other original programming. Imagine Entertainment has been honored with more that 60 prestigious awards including 10 Academy Awards and 42 Emmy® awards. Past productions include the Academy Award Best Picture winner A Beautiful Mind, as well as The Beatles: Eight Days A Week – The Touring Years, Get on Up, Rush, J. Edgar, Frost/Nixon, American Gangster, The Da Vinci Code, Apollo 13, 8 Mile, Liar, Liar, Backdraft, and Parenthood to name a few. Upcoming films include Lowriders, The Dark Tower, and American Made. Television productions include Fox’s Empire and 24, NatGeo’s MARS and Breakthrough, NBC’s Parenthood, NBC’s Friday Night Lights, , Fox’s and Netflix’s Arrested Development, as well as HBO’s From the Earth to the Moon, for which Howard and Grazer won the Emmy® for Outstanding Mini-Series.  Upcoming television productions include Fox’s Shots Fired and NatGeo’s Genius. Ron Howard and Brian Grazer began their collaboration in 1985 with the hit comedies Night Shift and Splash, and continue to run Imagine Entertainment as chairmen.

Nigel Sinclair’s long association with documentaries has resulted in a string of award-winning films, including the BAFTA Nominated, Grammy nominated and Critics’ Choice Award-winning The Beatles: Eight Days A Week – The Touring Years also directed by Ron Howard. Other titles include Martin Scorsese’s, George Harrison: Living In The Material World which won two Emmy® Awards and was nominated for a BAFTA, No Direction Home: Bob Dylan for which Sinclair won a Grammy Award®, Amazing Journey: The Story Of The Who, The Last Play At Shea, 1, and both the Academy Award®-winning Undefeated and the Grammy Award®-winning Foo Fighters: Back And Forth.  Jeanne Elfant Festa is a partner at White Horse Pictures, Head of Documentaries and Director of Features.  She served as an executive producer for the Grammy-winning Foo Fighters: Back And Forth and is producing on the Untitled Apollo Theater Documentary currently in production.  Nicholas Ferrall is also a partner at White Horse Pictures along with Cassidy Hartmann.  White Horse Pictures is currently in pre-production on the Fox-financed film Silent Night.

Acclaimed and award-winning editor Paul Crowder edited The Beatles: Eight Days A Week – The Touring Years.  Paul also directed and edited the Grammy-nominated Amazing Journey: The Story Of The Who, The Last Play At Shea and the Formula One documentary 1.

Mark Monroe, who served as the Lead Writer on The Beatles: Eight Days A Week – The Touring Years, has an extensive body of documentary work, including credits on Sound City, Chasing Ice and the Academy Award®-winning, The Cove. Mark Monroe and Paul Crowder will both serve as Executive Producers on the project.

Polygram Entertainment produces film and television programs that provide deeper narratives and perspectives on the recording artists, music and cultural events that came to define generations. A partner of Universal Music Group, the world leader in music-based entertainment, Polygram develops, produces, finances and distributes documentary features and original, scripted projects for music fans of all ages and tastes around the world. Polygram most recently co-distributed, with Studio Canal, the Ron Howard-directed documentary The Beatles: Eight Days a Week – The Touring Years, a behind-the-scenes look at the legendary band’s early years.

Decca is one of the world’s iconic record labels. The logo has been associated with some of recorded music’s defining acts: The Rolling Stones, David Bowie, Luciano Pavarotti and Ella Fitzgerald to name a few. Decca Records has been the number one classical record label in the UK for well over a decade, operating alongside its international ‎sister label Decca Classics. In recent years Decca Records has been selected as the official label partner of high profile events such as the 2011 Royal Wedding, the Queen’s Diamond Jubilee in 2012 and the London 2012 Olympics. Decca is also home to such diverse and distinctive artists as Andrea Bocelli, Rod Stewart, Gregory Porter, Ludovico Einaudi and The Lumineers.

Additionally, STUDIOCANAL owns one of the most extensive film libraries in the world, with more than 5,000 international titles.