Warner Bros. Interactive Entertainment today announced that during E3 (Electronic Entertainment Expo) they will be live streaming from their booth.  The live show will include gameplay demos, discussions with world renowned game developers and surprise guests, as well as cosplay contests. More information below courtesy of their press release. 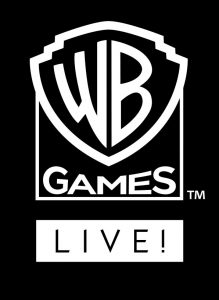 This year, fans everywhere are invited to tune-in to the WB Games Live! streaming event from the Electronic Entertainment Expo (E3) show floor. Warner Bros. Interactive Entertainment today announced that for the first time it will be broadcasting live from its E3 booth, South Hall, #1023, for its first ever WB Games Live! event.  Coming straight from the Los Angeles Convention Center, the event will be streamed throughout the days of the show, June 13-15, and can be viewed at http://live.wbgames.com.

WB Games Live! will give gamers and fans who are not able to attend E3 the chance to join in and take part in the excitement of the show. Those who tune-in will be treated to live gameplay demos, discussions with world renowned game developers and surprise guests, as well as cosplay contests.  They will also be able to enter for online giveaways and prizes.

WB Games Live! will stream during the dates and times below. Fans can visit http://live.wbgames.com now for a full schedule of events.

The video game titles that will be featured in the WB Games Live! show include: