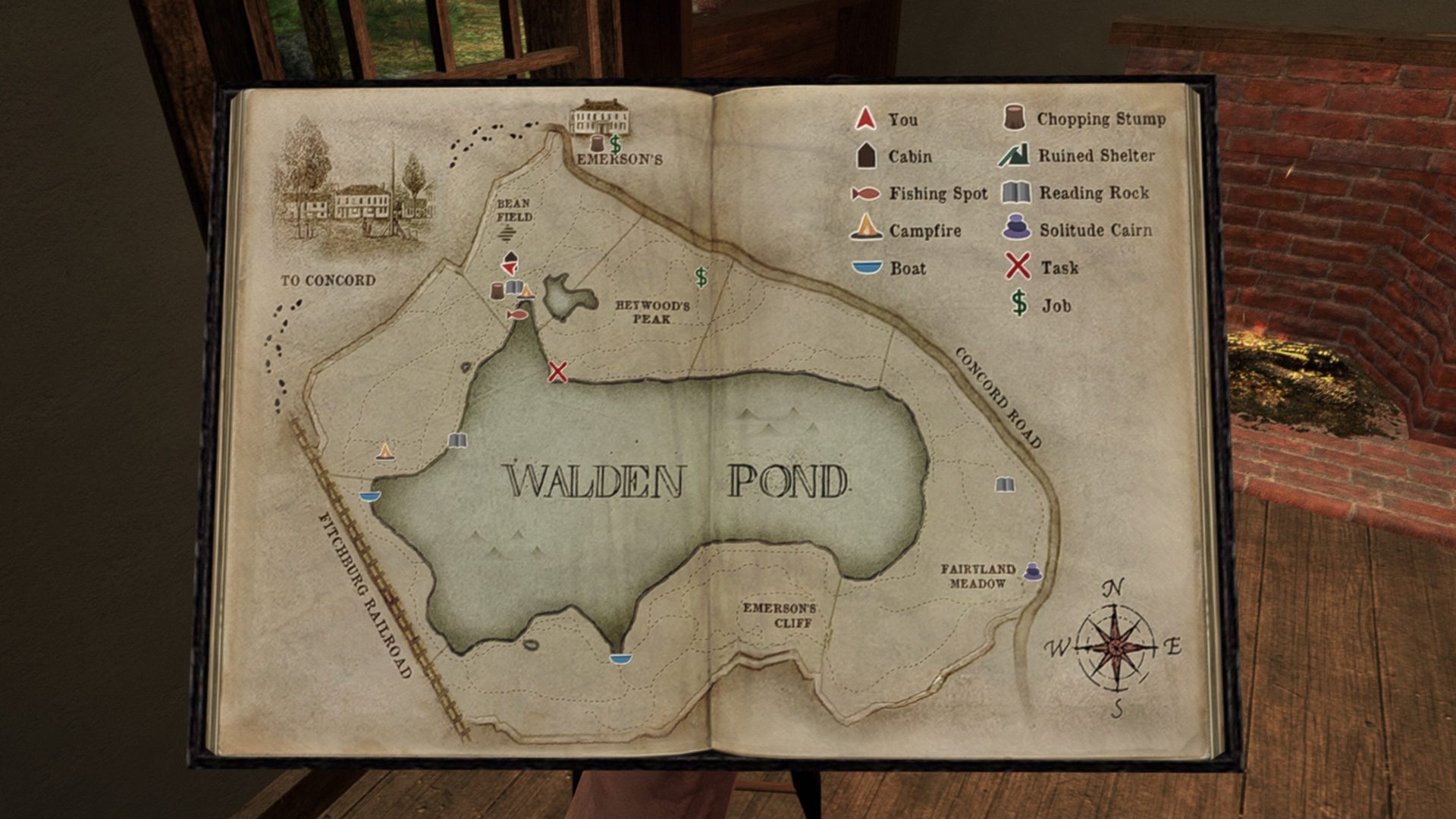 Henry David Thoreau’s classic book would be released on July 4th for both Windows PCs and MacOS systems. More information below courtesy of their press release.

LOS ANGELES – June 28, 2017 – USC Game Innovation Lab has revealed it will officially launch Walden, a game, the open-world narrative exploration adventure based on philosopher Henry David Thoreau’s classic book, Walden, on July 4 for $18.45 on Windows PC and Mac. A near-final edition of the title, which can be upgraded to the latest version for no extra charge on July 4, is available now at www.WaldenGame.com andGameInnovationLab.itch.io/Walden.

Following in the footsteps of Thoreau’s experiment living on the fruits of his labor in the idyllic woods of Walden Pond, Walden, a game invites players to survive the shifting seasons of New England, each with their own challenges. Build a shelter, grow your own food, go fishing, and discover the wildlife, terrain and people surrounding your newfound home in the forest. There is no right or wrong way to play; the adventure is designed to inspire players to reflect on and appreciate the life around and within ourselves in a uniquely personal experience.

The story features the voice of actor Emile Hirsch (Into the Wild) as Thoreau, born 200 years ago this July, whose journey of personal freedom and natural exploration began on Independence Day, 1845.

Walden, a game was developed by game designer Tracy Fullerton and her team, with funding provided by the NEH, NEA and Sundance Institute. It is currently on exhibit at the Concord Museum near Walden Pond as part of the Museum’s 2017 Thoreau Bicentennial celebration. The game is currently in development for consoles as well.

About Tracy Fullerton and the USC Game Innovation Lab

Tracy Fullerton is an experimental game designer, professor and director of the USC Games program. Her research center, the Game Innovation Lab, has produced several influential independent games, includingCloud, flOw, Darfur is Dying, The Misadventures of P.B. Winterbottom, and The Night Journey, with artist Bill Viola.

Tracy is the author of Game Design Workshop: A Playcentric Approach to Creating Innovative Games, a design textbook used at game programs worldwide, and holder of the Electronic Arts Endowed Chair in Interactive Entertainment. Prior to USC, she designed games for companies including Microsoft, Sony and MTV, among many others. Tracy’s work has received numerous honors, including an Emmy nomination for interactive television, IndieCade’s “Sublime Experience,” “Impact,” and “Trailblazer” awards, Games for Change “Game Changer” award, the Game Developer’s Choice Ambassador Award and Time Magazine’s Best of the Web. www.gameinnovationlab.com