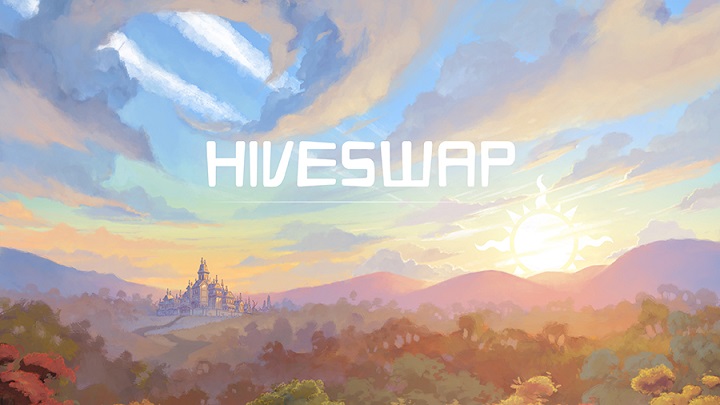 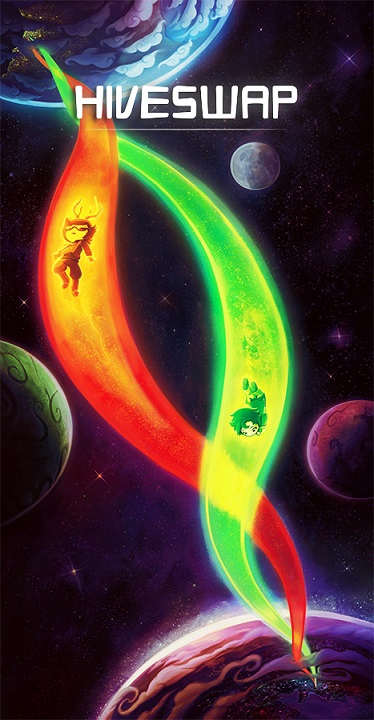 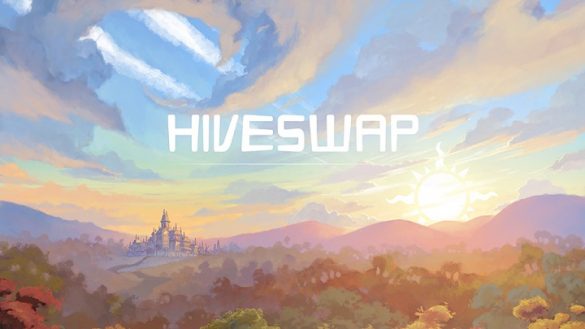 Set in the same universe as the immensely popular HOMESTUCK web comic, HIVESWAP is a love letter to ‘90s adventure video games, delivering an engaging, immersive gaming experience driven by powerful storylines and gorgeous artwork. One of the top crowd-funded game titles on Kickstarter, HIVESWAP is available now through Steam and the Humble Store for PC and Mac platforms at:

Complementing the launch of HIVESWAP, WPG and Homestuck, Inc. (Homestuck) also announce a strategic partnership with VIZ Media, LLC (VIZ Media), a premier company in the fields of publishing, animation distribution, and global entertainment licensing. WPG, Homestuck, and VIZ Media will develop a comprehensive array of additional entertainment content and licensed merchandise based on the HOMESTUCK universe, including both the original webcomic and the HIVESWAP game series. A full-color, hardcover collector’s edition of the HOMESTUCK webcomic, featuring page-by-page commentary from creator Andrew Hussie, will launch in early 2018. More information on these developments will be available at a later date.

“Fans have been looking forward to this for a long time, and I don’t think they’ll be disappointed. Personally speaking, I think it’s the best adventure game I’ve ever played,” says Andrew Hussie, HOMESTUCK creator and co-founder at What Pumpkin Games. “I’m excited to team up with VIZ Media to expand on the world of HOMESTUCK, and work closely with them on a bunch of new projects involving both HOMESTUCK and HIVESWAP.”

“HOMESTUCK is a groundbreaking, genre-defying work, and with it Andrew Hussie has created one of the most ambitious and enthralling fictional universes in recent memory. We’re thrilled by this opportunity to collaborate with Andrew and members of the Homestuck and What Pumpkin teams in bringing fans more of the content and products they love,” says Leyla Aker, Executive Vice President and Publisher, VIZ Media.

HIVESWAP is a point-and-click adventure video game series that features beautiful, hand-drawn 2D animation and a gorgeous, hyper-detailed world to fully explore. Designed with an eye toward attracting newcomers unfamiliar with the wider HOMESTUCK universe while also appealing to long-time fans, every interaction between the player and the game’s environment, no matter how minor or seemingly obscure, has a unique result. Dive into HIVESWAP and play as Joey Claire, a problem-solving teen snatched out of her own time (1994) and place (Earth) and stranded on ALTERNIA, a hostile alien planet on the brink of teen rebellion. Additional information on HIVESWAP is available at: Hiveswap.com.

Written, illustrated and animated by creator Andrew Hussie, HOMESTUCK is one of the most spectacular pop-culture phenomena of the past decade, a unique and massive internet-based hybrid work consisting of webcomics, chat logs, gifs, video games, animation and music. Launched in 2009, HOMESTUCK comprises over 8,000 pages encompassing such diverse genres such as action/adventure, sci-fi and fantasy, comedy, romance, and drama. Beloved by legions of devoted fans for its extensive world-building and engaging characters, it’s a coming-of-age story about a group of friends who start playing a mysterious new videogame that triggers the apocalypse. They can’t save the world, but they can work together to create a new universe–if they can beat the game. Additional information on HOMESTUCK is available at: Homestuck.com.

About What Pumpkin Games, Inc.

Established in 1986, VIZ Media is the premier company in the fields of publishing, animation distribution, and global entertainment licensing. Along with its popular digital magazine WEEKLY SHONEN JUMP and blockbuster properties like NARUTO, DRAGON BALL, SAILOR MOON, and POKÉMON, VIZ Media offers an extensive library of titles and original content in a wide variety of book and video formats, as well as through official licensed merchandise. Owned by three of Japan’s largest publishing and entertainment companies, Shueisha Inc., Shogakukan Inc., and Shogakukan-Shueisha Productions, Co., Ltd., VIZ Media is dedicated to bringing the best titles for English-speaking audiences worldwide. Learn more about VIZ Media and its properties at VIZ.com.