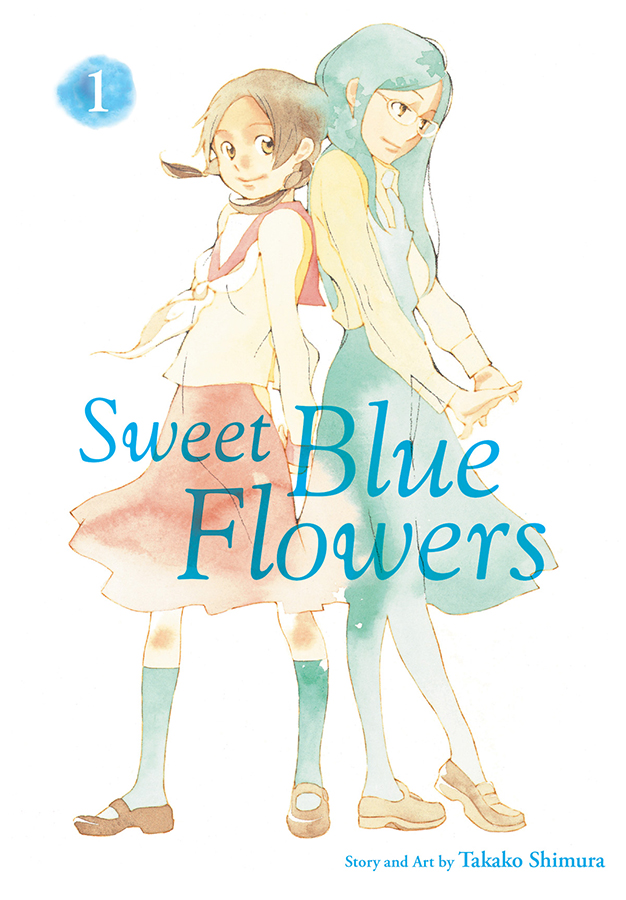 Viz Media announced the launch of a new manga series titled Sweet Blue Flowers which follows the lives of two high school girls as they reconnect and explore their relationship through young adult hood. Are you going to read it? Let us know in the comments! 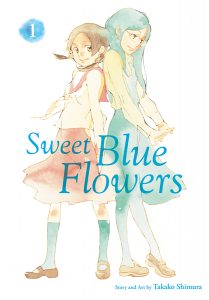 The series, by creator Takako Shimura, will be published in print and digital editions under the VIZ Signature imprint. SWEET BLUE FLOWERS is rated ‘T+’ for Older Teens; Volume 1 will carry a print MSRP of $24.99 U.S. / $33.99 CAN.  The series will also be available digitally via VIZ.com and the VIZ Manga App, as well as from the Nook, Kobo, Kindle, iBooks, comiXology, and Google Play Store. Subsequent volumes will be published in English on a quarterly basis.

In SWEET BLUE FLOWERS, Akira Okudaira is starting high school and is ready for exciting new experiences. And on the first day of school, she runs into her best friend Fumi from kindergarten at the train station! Now Akira and Fumi have the chance to rekindle their friendship, but life has gotten a lot more complicated since they were kids.

“SWEET BLUE FLOWERS depicts all the agony, excitement, and complications of love as Akira and Fumi navigate young adulthood and their emerging sexualities,” says Pancha Diaz, Editor. “With its quiet but graceful approach to teenage love and friendship, this noteworthy series will strike a chord with all readers.”

Manga creator Takako Shimura debuted in 1997 with the one-shot Boku wa, Onnanoko (I’m a Girl), a collection of short stories about queer youth. She is widely known for her stories focusing on LGBTQ topics. Wandering Son was a featured selection on the 2012 YALSA Great Graphic Novels for Teens list and also spawned a 12-episode anime series. Shimura’s landmark yuri (girls’ love) series Sweet Blue Flowers was adapted into anime in 2009.

For additional information on SWEET BLUE FLOWERS and other manga titles distributed and published by VIZ Media, please visit VIZ.com.

Learn more about VIZ Media and its properties at VIZ.com