Just in time for Emerald City Comic Con (ECCC) this weekend, Dark Horse Comics has announced that they will be publishing a trade paperback of the complete web comic series Chaos Arena: Crystal Fighters.  Created by co-writers Jen Bartel and Tyler Bartel the comic tells the story of teen Stella who discovers that child appropriate virtual reality game, Crystal Fighters, has a hidden fight club.  The game starts to bleed into reality as Stella delves deeper into the magic and tournaments.

Check out the press release below for more information.  Will you be checking out the comic? Sound off in the comments below. 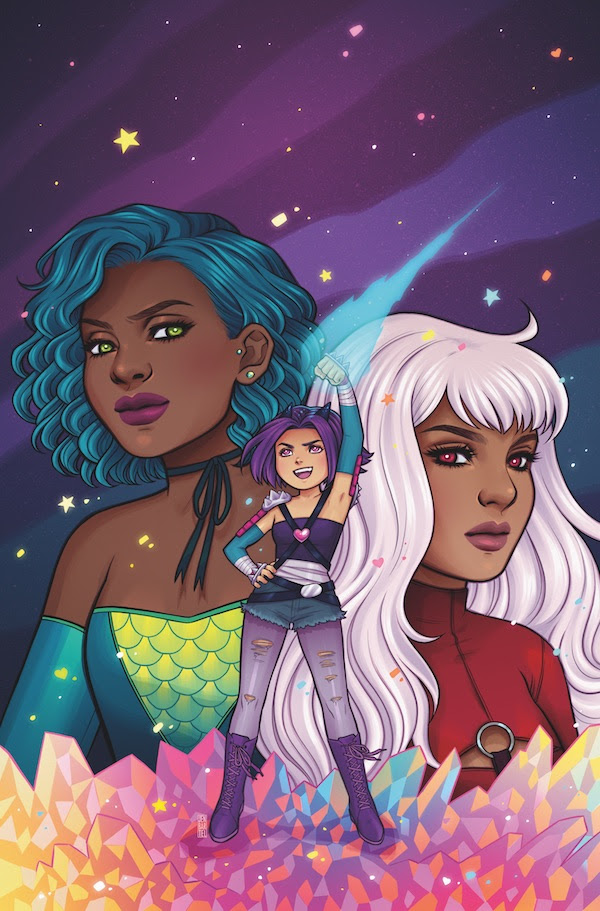 Crystal Fighters follows a bored teen named Stella who has grown up in a world fully immersed in virtual reality games. But like many teens, her parents restrict her gaming to safe “age-appropriate” games. Enter “Crystal Fighters,” a magical girl game filled with bright colors and nauseating positivity. But for Stella, things take a turn for the interesting when she discovers an underground magical girl fight club within the game that adds a whole new level of thrills and danger to her once mundane gaming experience. But the phrase “be careful what you wish for” soon takes on a whole new meaning as she discovers a dark side to the magical girls as she is pulled into a series of tournaments in the virtual reality game that could have real-world consequences.

Crystal Fighters TPB goes on sale August 29, 2018 and is available for pre-order on Amazon and your local comic shop.

Actors Who Landed Oscar Nominations For Portraying Characters With Disabilities