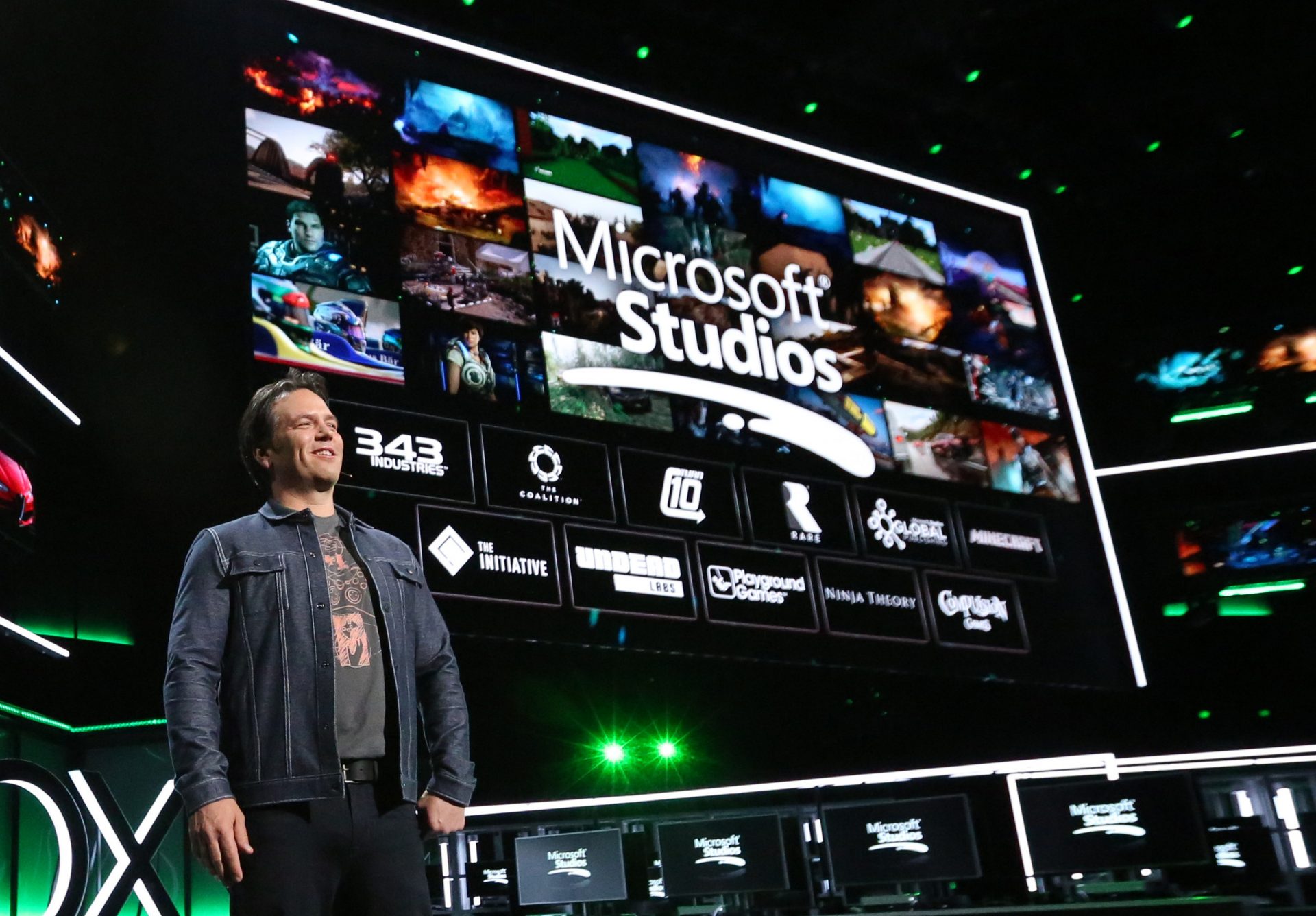 It was Microsoft’s time at E3. Check out the press release below to find out what is coming.

New titles revealed during the Xbox briefing include exclusive games “Gears 5” “Halo Infinite” and “Forza Horizon 4,” all enhanced for Xbox One X

LOS ANGELES, June 10, 2018 /PRNewswire/ — Sunday’s Xbox E3 Briefing was the largest in Microsoft Corp.’s history with more than 6,000 people, including more than 1,000 fans, invited to attend in the Microsoft Theater. Microsoft announced it is doubling its game development studios and showcased a record 52 games on stage including 18 console launch exclusives and 15 world premieres. The diverse lineup included games for every type of player, from exclusives like “Forza Horizon 4,” “Halo Infinite” and “Gears 5,” and independent titles like “Session,” “Below,” “Ashen” and “Tunic” to some of the biggest blockbuster games coming in the next year like “Fallout 76,” “Tom Clancy’s The Division 2,” “Kingdom Hearts 3,” “Devil May Cry 5,” “Battlefield V,” “Metro Exodus” and “Shadow of the Tomb Raider,” many enhanced to take advantage of the power of Xbox One X.

“There has never been a more exciting time to be part of the gaming industry, with creators large and small showcasing incredible new games for the more than two billion players around the world,” said Phil Spencer, head of Gaming at Microsoft. “At Microsoft, we are committed to empowering gamers to play the games they want, with the people they want, where they want.”

INVESTING IN DEVELOPMENT OF ORIGINAL CONTENT
Microsoft announced it is doubling its game development studios by adding five new creative teams to the Microsoft Studios family. New investments include the formation of a brand-new studio, The Initiative, the acquisition of Playground Games, and letters of intent to acquire Ninja Theory, Undead Labs and Compulsion Games.

“The original games we create at Microsoft Studios are some of our biggest assets,” said Matt Booty, corporate vice president of Microsoft Studios. “Our growth strategy is to continue to expand the worlds that players love, while developing all-new exclusive games that deepen their engagement with our platform. We are thrilled to welcome five new studios into the Microsoft family. We believe these teams have the collective creative power and operational excellence to deliver the next industry game changers.”

The addition of these creative teams reinforces Microsoft’s vision for gaming, which starts with a deep commitment to original content. The company is developing a portfolio of games on every device, including newly announced Microsoft Studios games. Revealed on stage today were three new Gears of War titles — “Gears 5,” “Gears Tactics,” “Gears Pop!” — along with “Battletoads,” “Forza Horizon 4” and “Halo Infinite,” a Master Chief story and the next major release in the franchise built from the ground up on the new Slipspace engine.

ACCESS TO YOUR FAVORITE GAMES FASTER AND BETTER THAN EVER
Microsoft announced several new titles joining the Xbox Game Pass catalog this year including “Forza Horizon 4,” “Fallout 4,” “Tom Clancy’s The Division” and “The Elder Scrolls Online: Tamriel Unlimited,” as well as several new ID@Xbox games being added on their release date. Microsoft also introduced new innovations to push digital gaming forward, including FastStart, an innovation from Microsoft’s Machine Learning Team, and plans from Microsoft’s Gaming Cloud Team to develop a game streaming service to unlock console-quality gaming on any device.

“We’ve been thrilled to see the positive impact Xbox Game Pass is having on the gaming ecosystem, including increasing the number of titles gamers play nearly 40 percent and increasing gameplay hours by almost 20 percent,” said Mike Nichols, chief marketing officer for Gaming at Microsoft. “With the ultimate freedom to explore and play over 100 great games, Xbox Game Pass delivers our members an incredible value in gaming.”

BEST PLACE TO PLAY ORIGINAL, BLOCKBUSTER AND INDEPENDENT GAMES
Xbox One continues to be the best place to play the biggest blockbuster games with over 220 titles enhanced for Xbox One X, the world’s most powerful console, with new games leveraging the power of the platform from some of the world’s most talented creators like “Fallout 76” from Bethesda Game Studios, “Cyberpunk 2077” from CD Projekt Red, “Tom Clancy’s The Division 2″ from Ubisoft Massive and dozens more. Independent game creators also continue to innovate on Xbox One with games like “Session,” “Below,” “Ashen” and “Tunic” coming to Xbox One as console launch exclusives.

BIGGEST XBOX SALE OF THE YEAR HAPPENING NOW
Microsoft also announced its Biggest Xbox Sale of the Year where gamers can find discounts on hundreds of games, accessories, Xbox Game Pass and Live Gold subscriptions, plus $50 off ANY Xbox One. For more information, visit Xbox Wire.

Be sure to preorder now at your Microsoft Store or local retailer. With retail locations across the U.S., Canada, Puerto Ricoand Australia, and through Microsoft.com, fans can begin preordering their favorite games and select accessories and hardware from this year’s Xbox E3 2018 Briefing right now. For a list of Microsoft Store locations, visit https://www.microsoft.com/en-us/store/locations/find-a-store.

WATCH E3 LIVE STREAMING ON MIXER
For additional news, highlights, exclusive reveals and a behind-the-scenes look at some of your favorite games throughout the week of E3, watch Inside Xbox: Live @ E3 on Monday, June 11 at 3 p.m. PDT and tune in to live streaming on Mixer Tuesday, June 12 and Wednesday, June 13.

Microsoft (@microsoft) enables digital transformation for the era of an intelligent cloud and an intelligent edge. Its mission is to empower every person and every organization on the planet to achieve more.

More details about Xbox One, Xbox One games and the latest Xbox news at Xbox E3 2018 Briefing can be found at https://news.xbox.com.

Press releases and media assets can be found at https://news.xbox.com/media (and relevant content can be found by clicking on Select Category).