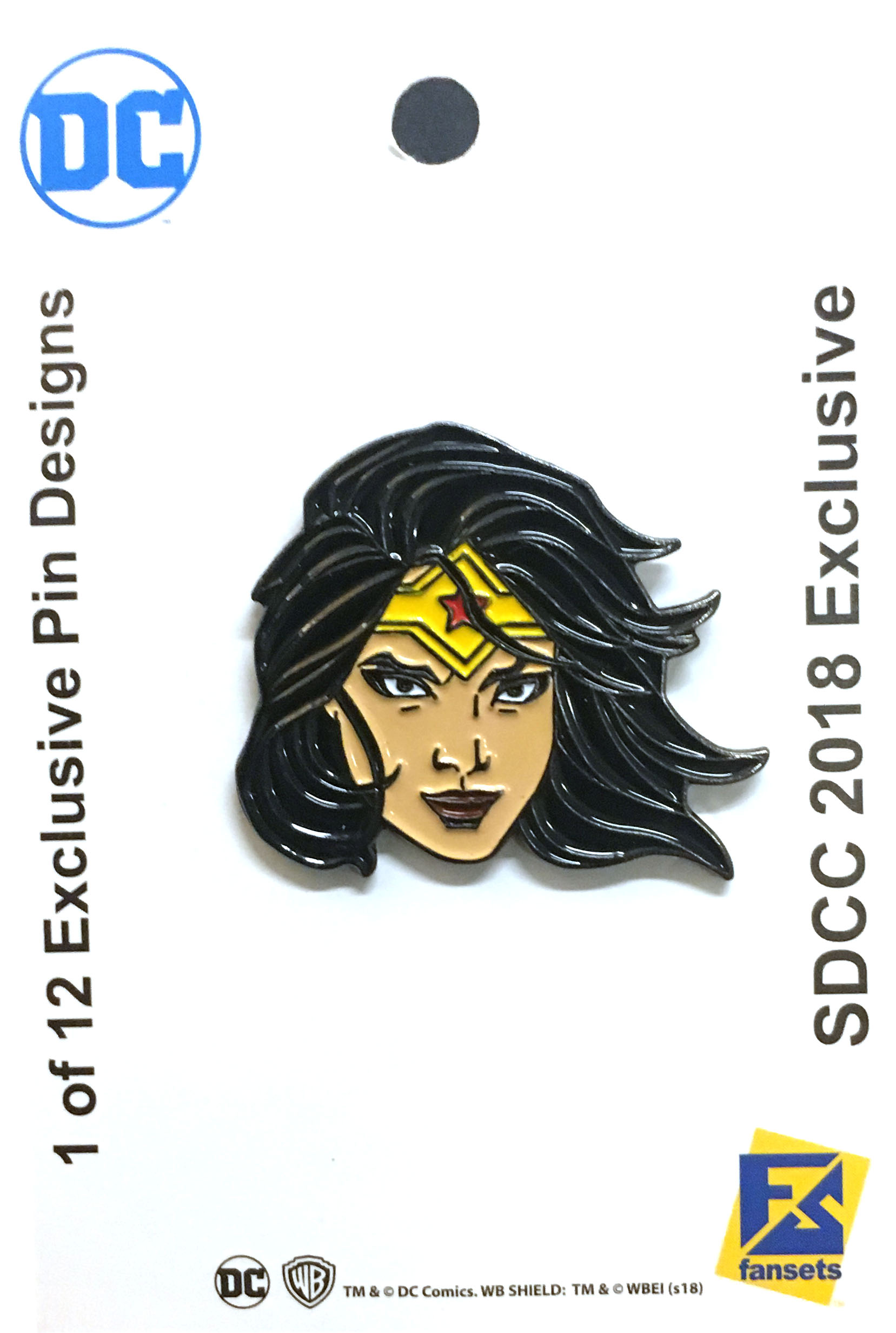 Hello SDCC goers!!  Warner Bros has released its designs for this year’s San Diego Comic Con Bags and Pins. Below is the entire press release. Which ones are you most excited for? That Castle Rock tho…

THE IT-BAG OF COMIC-CON® MAKES A TRIUMPHANT RETURN WITH

Snap-Happy Fans Can Hop on Over to the Warner Bros. Booth with Their

New Bags and 12 Collectible Pins for a Photo Finish

BURBANK, Calif. (July 10, 2018) — Warner Bros. and Comic-Con® have teamed up once again, with the Studio to provide the official bags of SDCC for the ninth year in a row. For 2018, Warner Bros. brings fans 18 different bag designs featuring fan-favorite returning series plus the highly anticipated upcoming Castle Rock and Chilling Adventures of Sabrina, as well as four feature films and two bags dedicated to DC Entertainment. And for the second year in a row, each bag will come with a unique collector’s pin, with 12 DC character designs for 2018.

Fans donning their cool carriers at the convention center can also make their way to the Warner Bros. booth on the convention floor (#4545), which boasts interactive elements perfect for photo-ops, including the wings of the fallen angel Lucifer as a nod of appreciation to the show’s passionate fans (#LuciferSaved); the mouth of a Megalodon shark to stand inside; a life-sized rabbit inspired by San Diego’s historic Rabbitville district; and LEGO® gaming kiosks for everyone’s inner child.

Fans can grab their bags when checking in at the show. The have-to-have-it hold-all is the perfect size for all their Con swag. 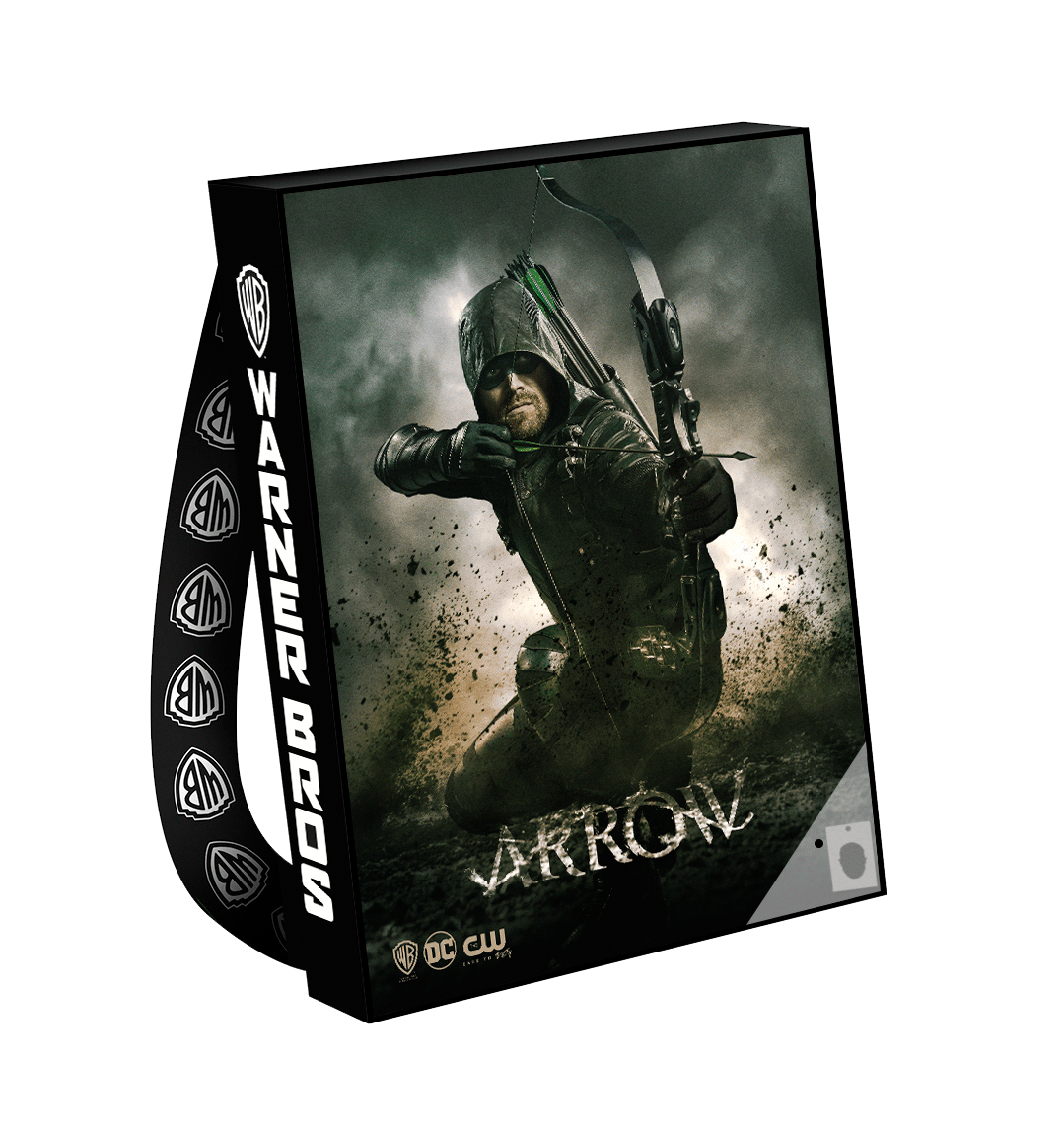 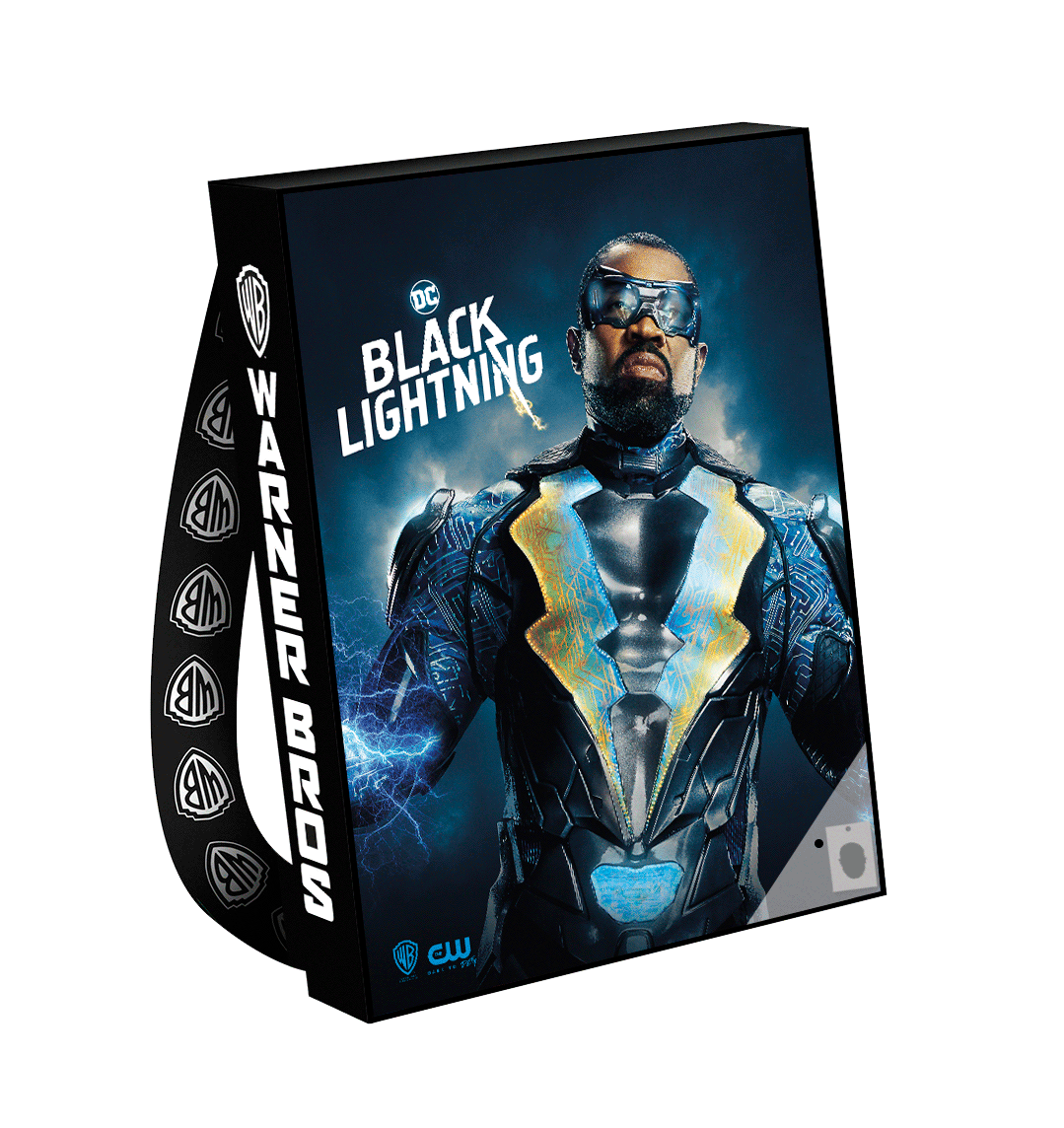 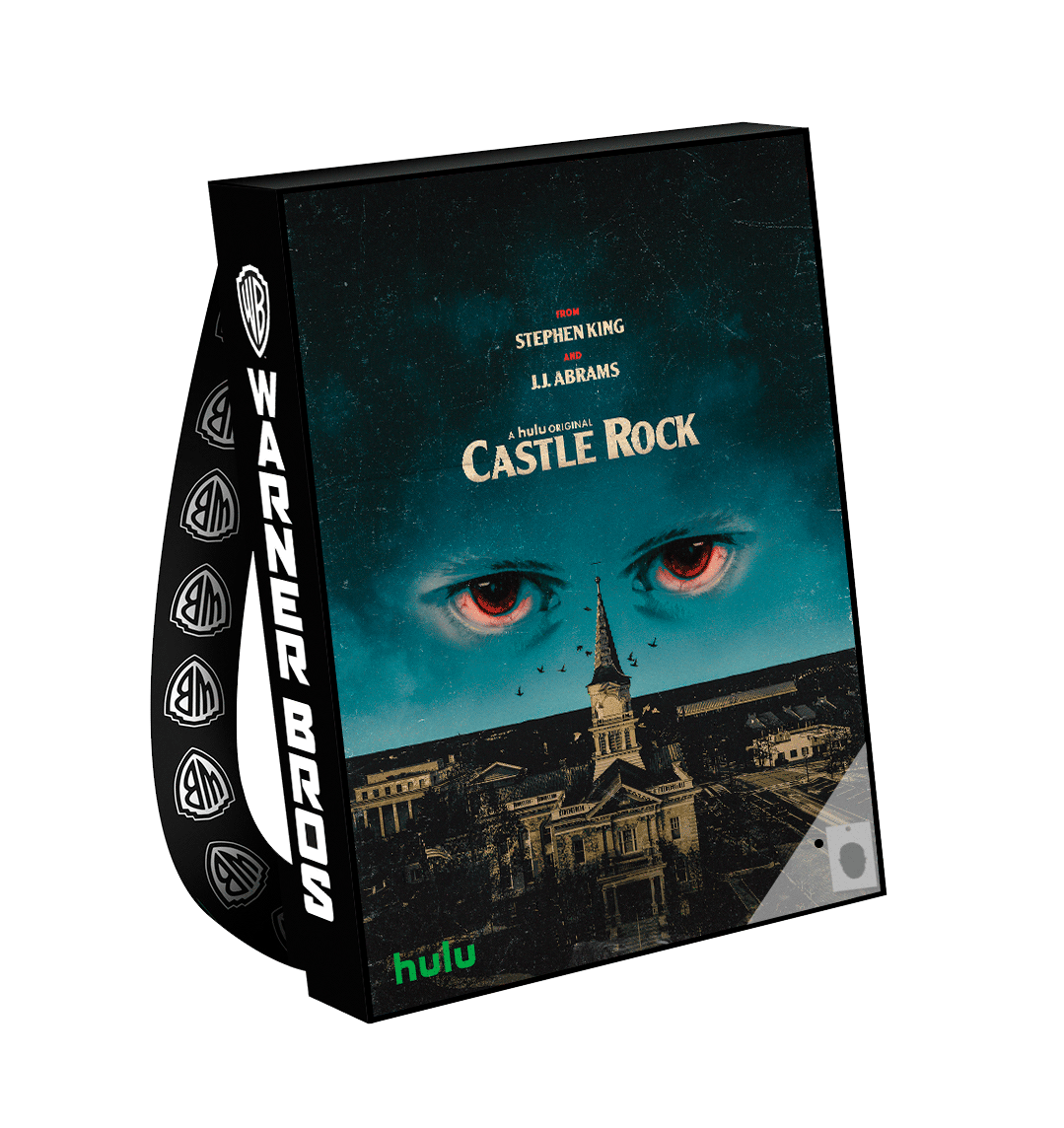 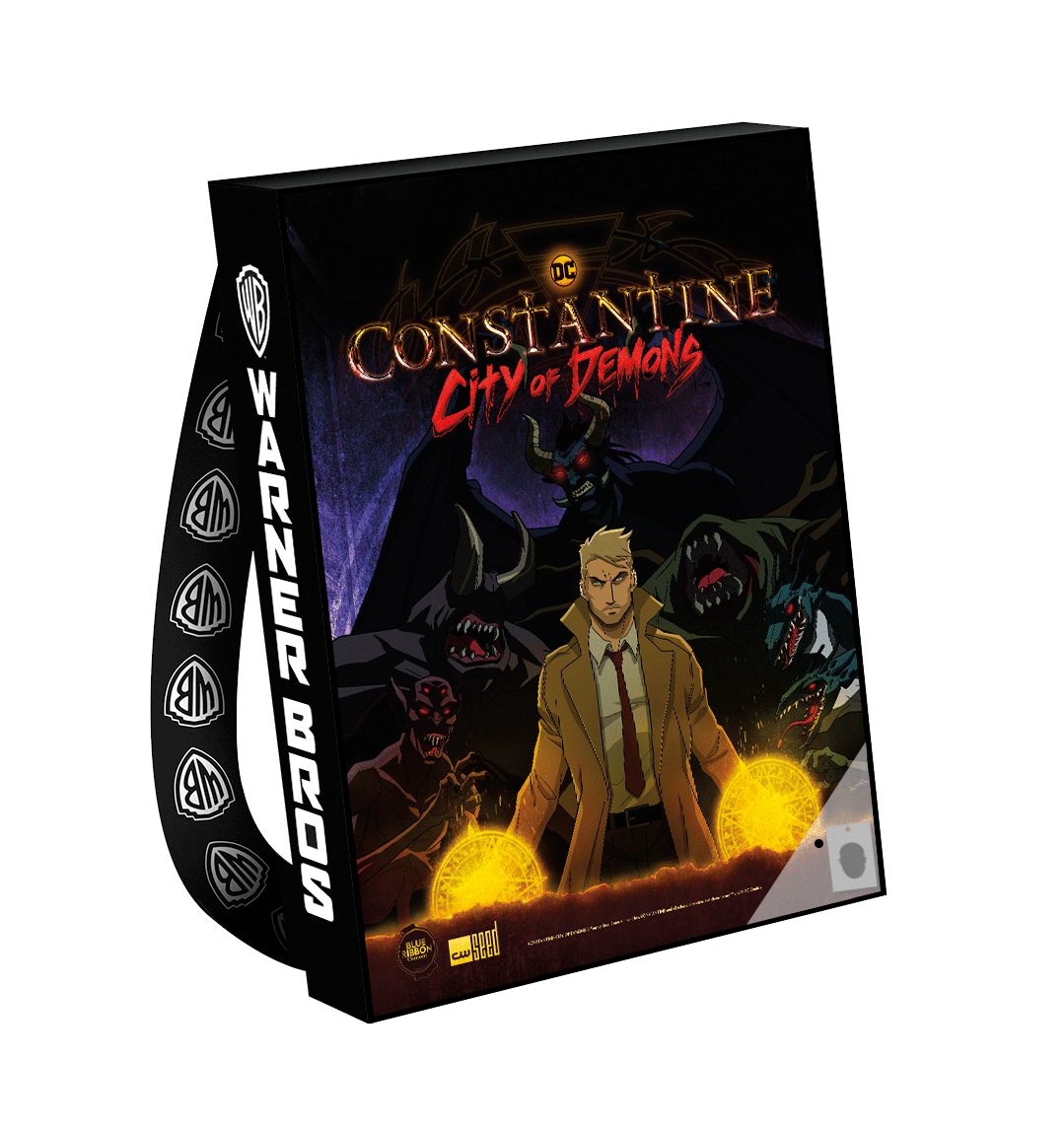 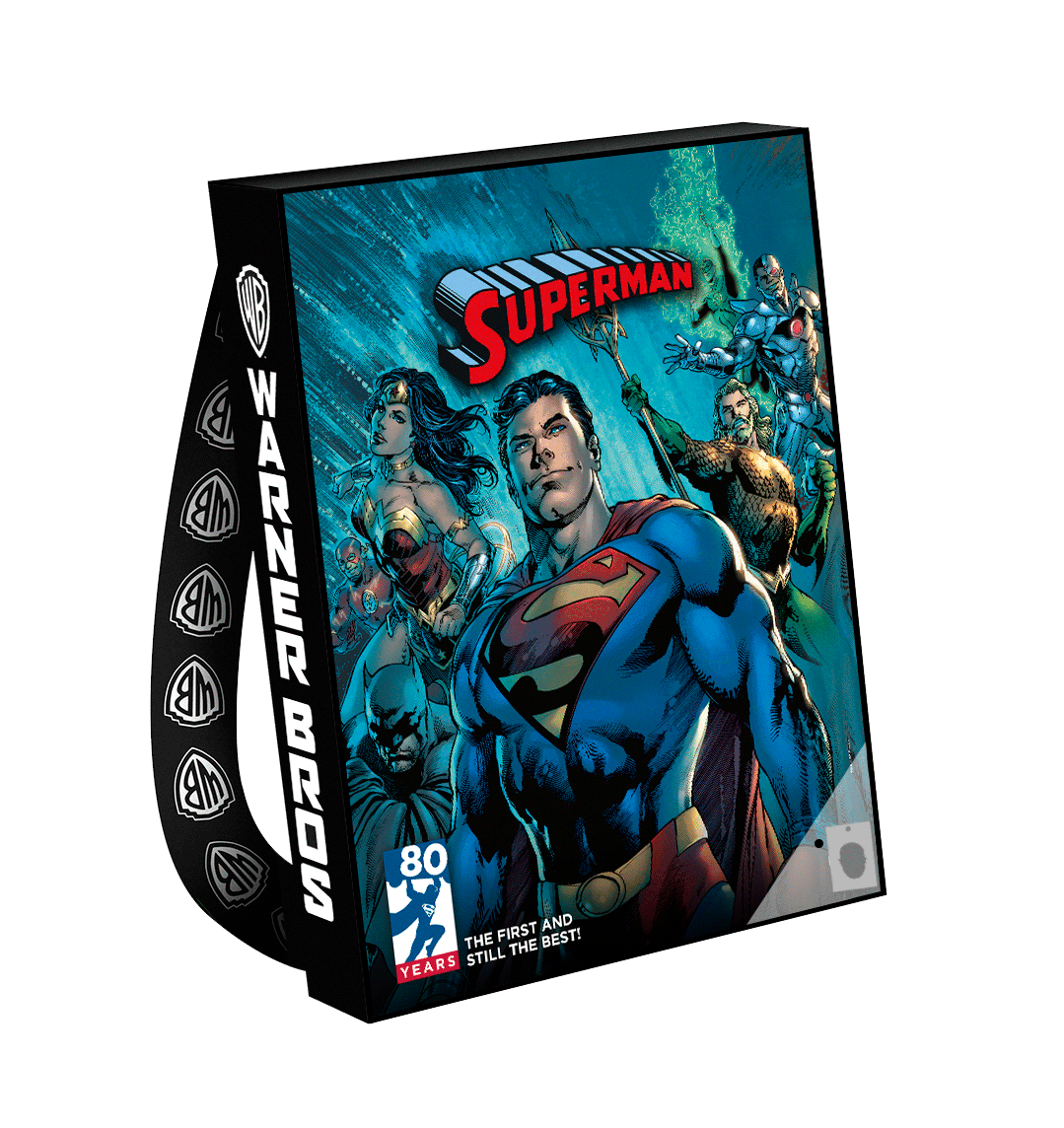 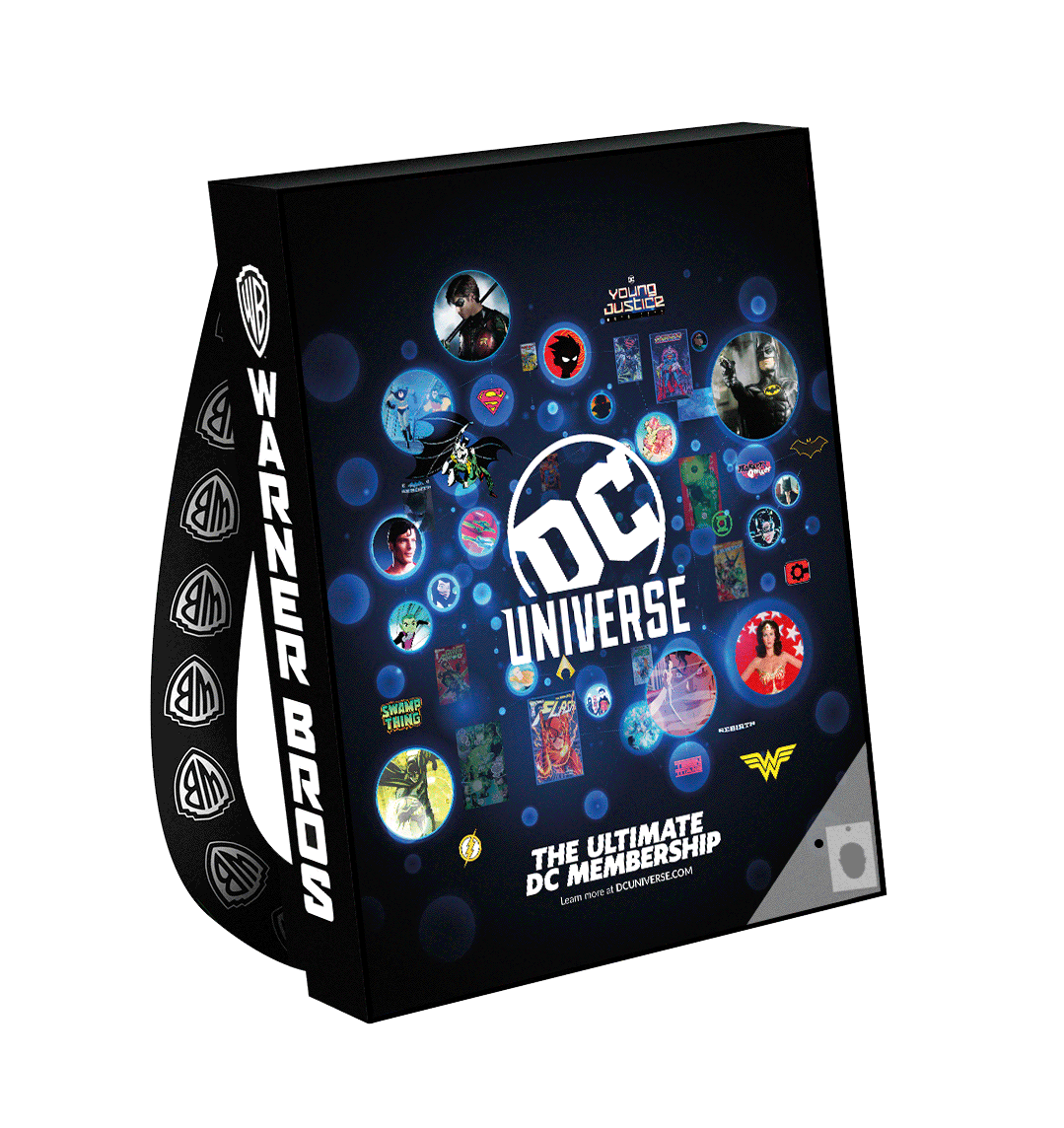 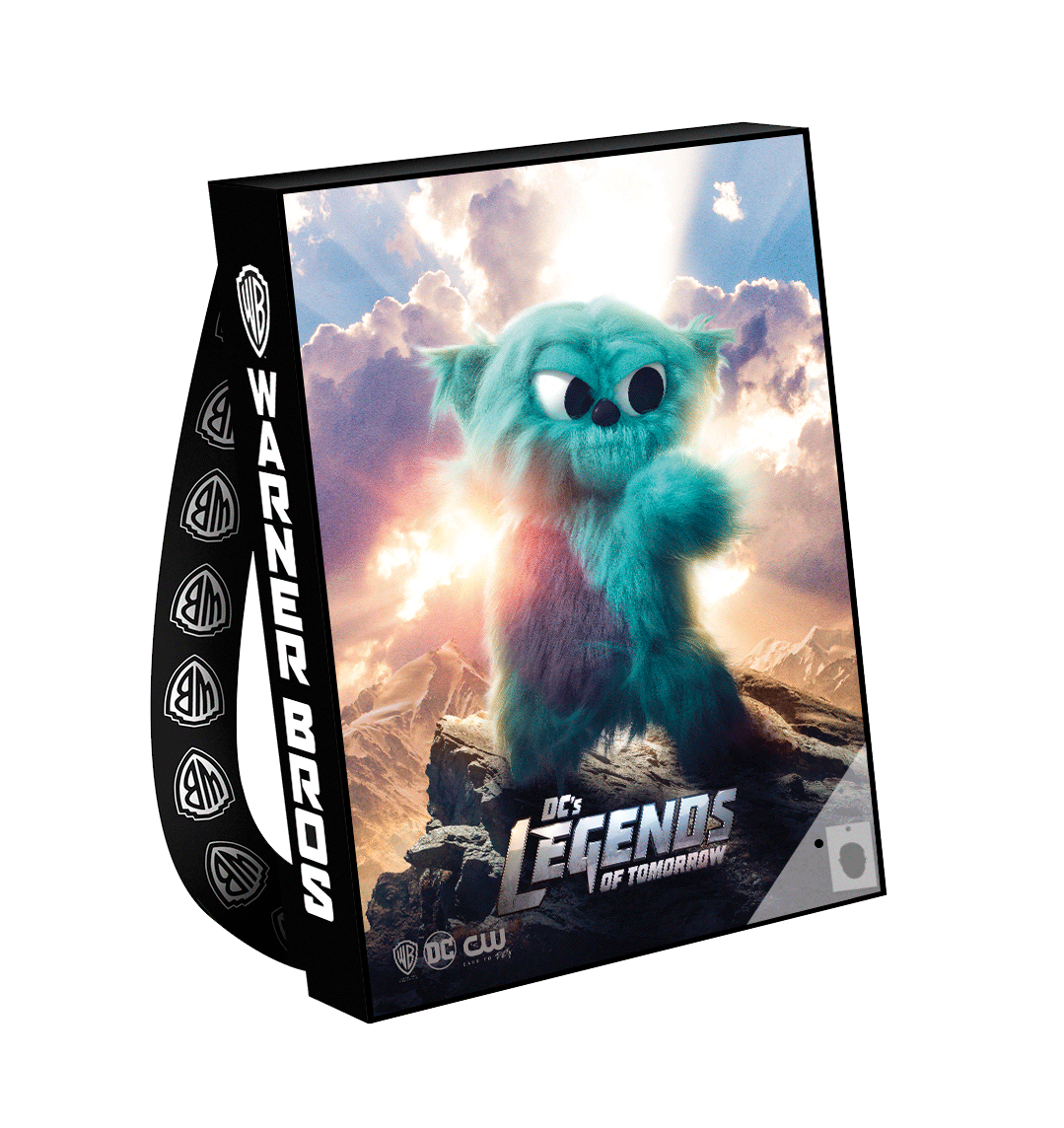 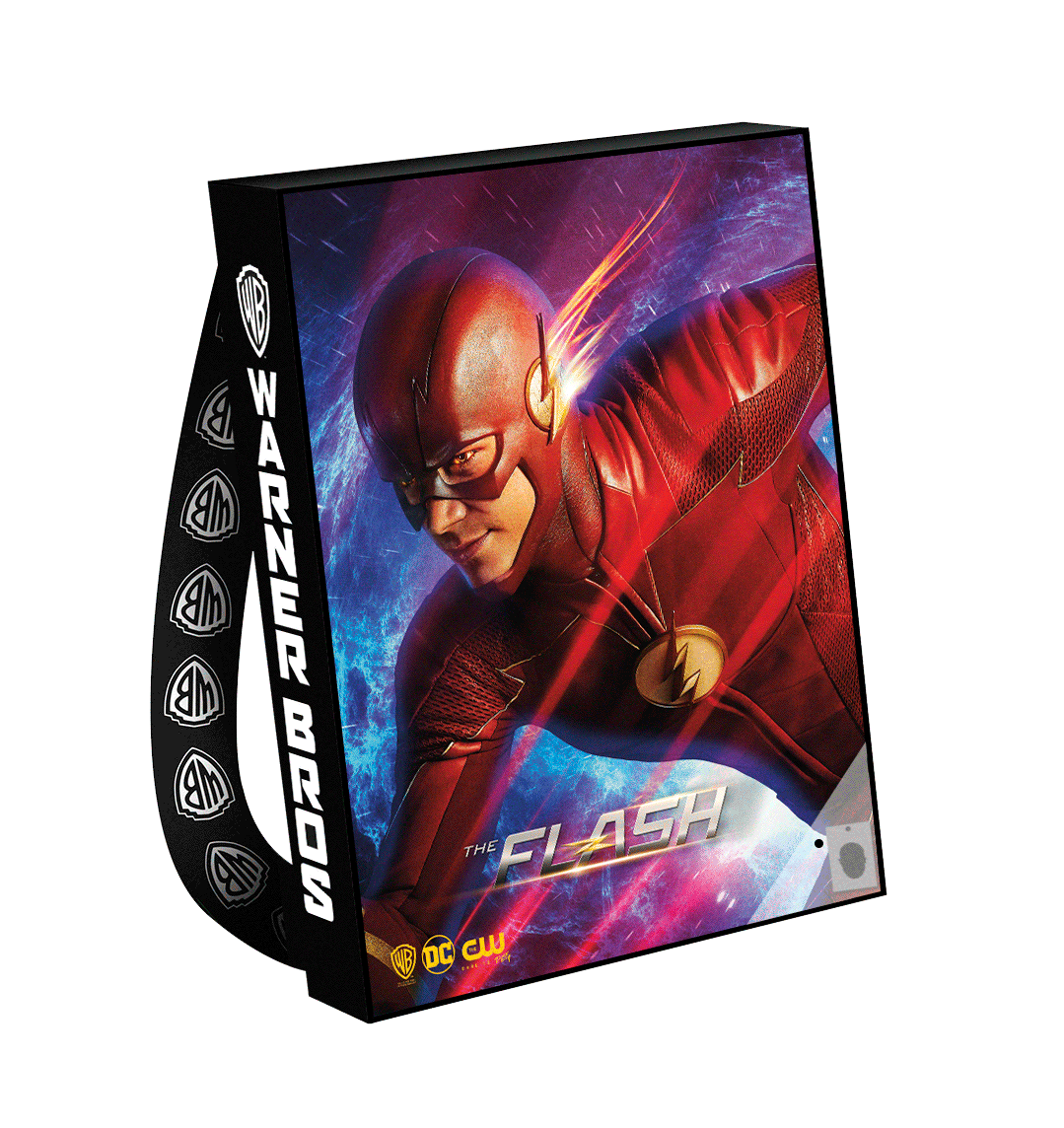 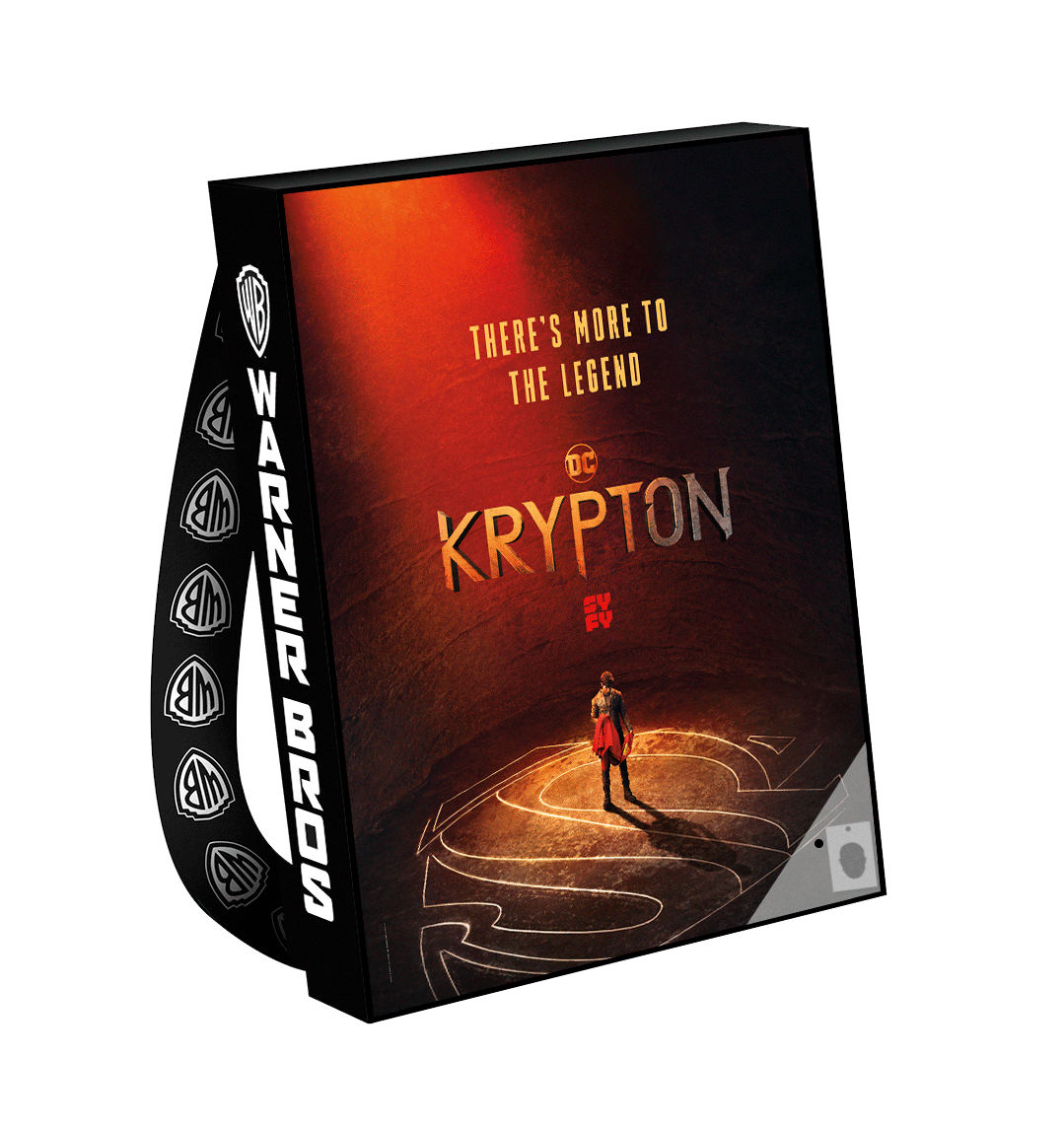 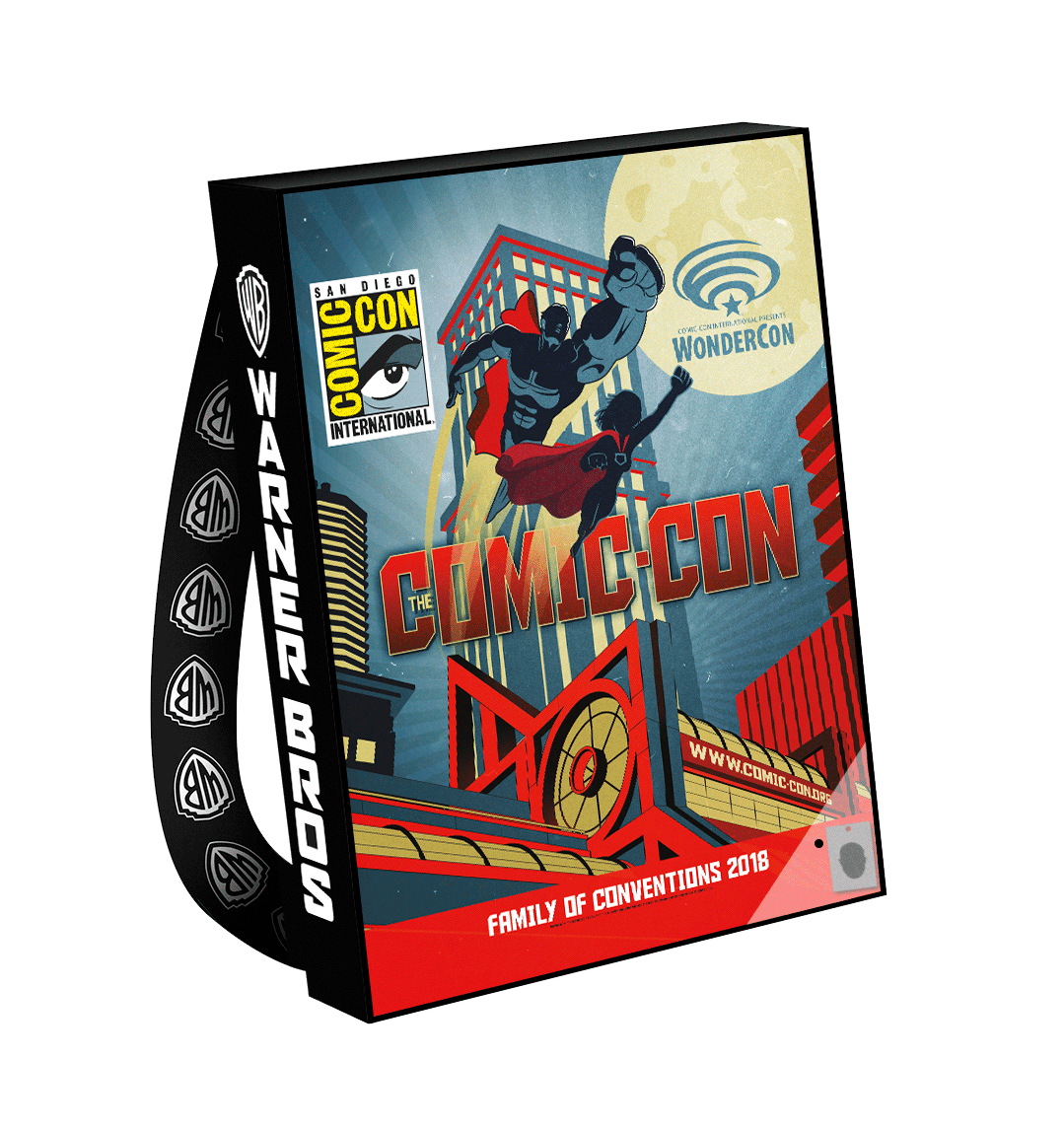 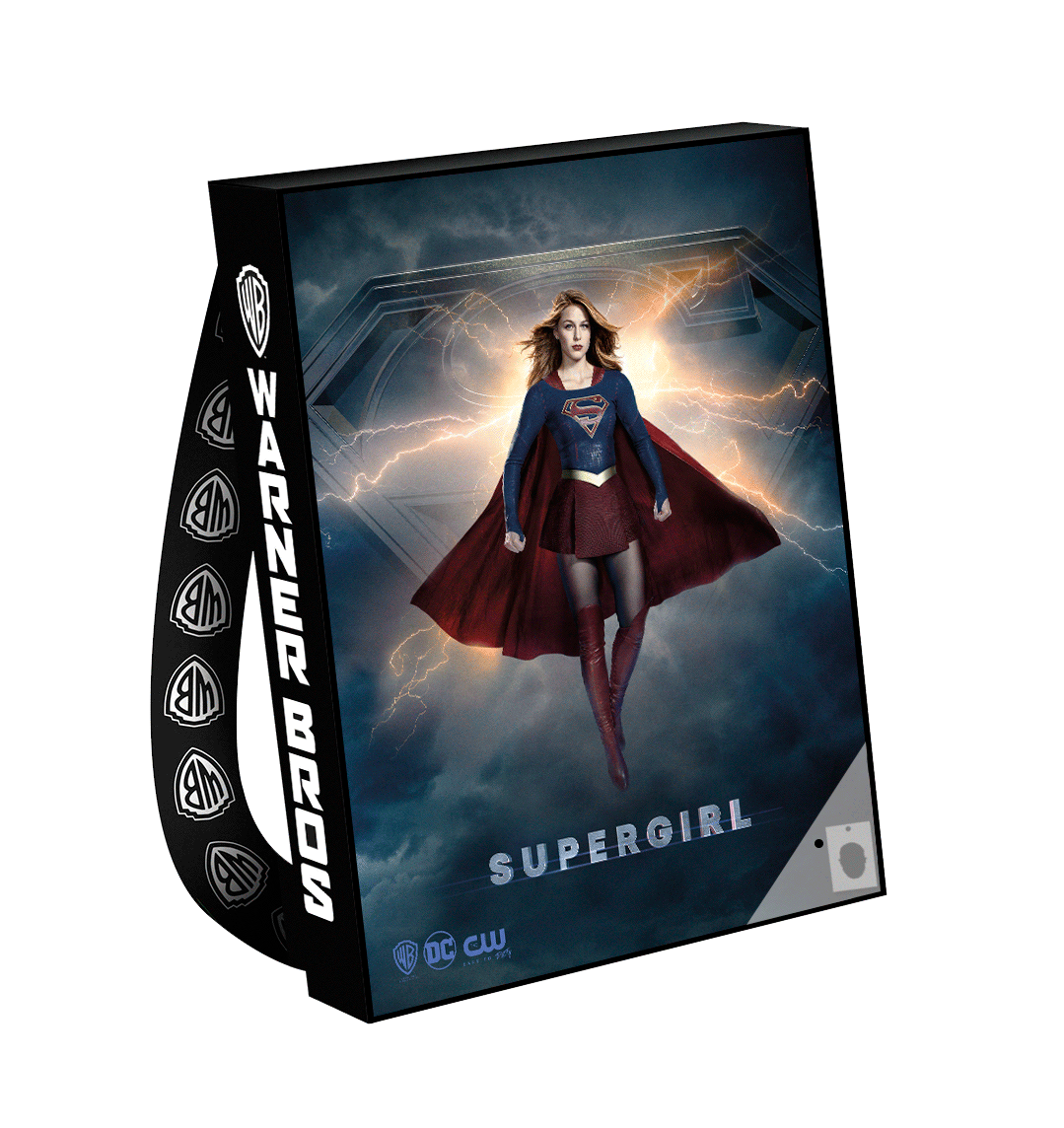 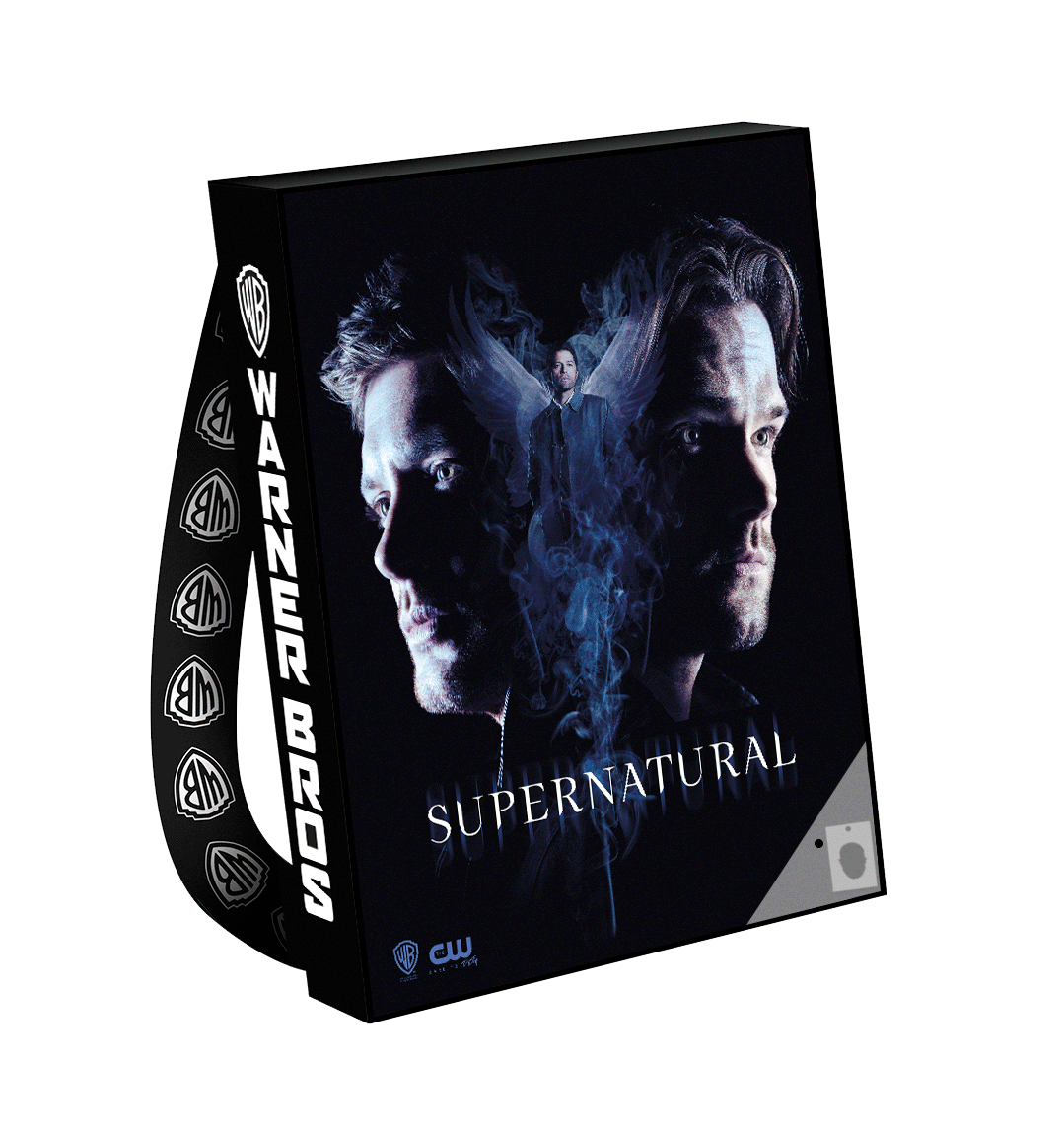 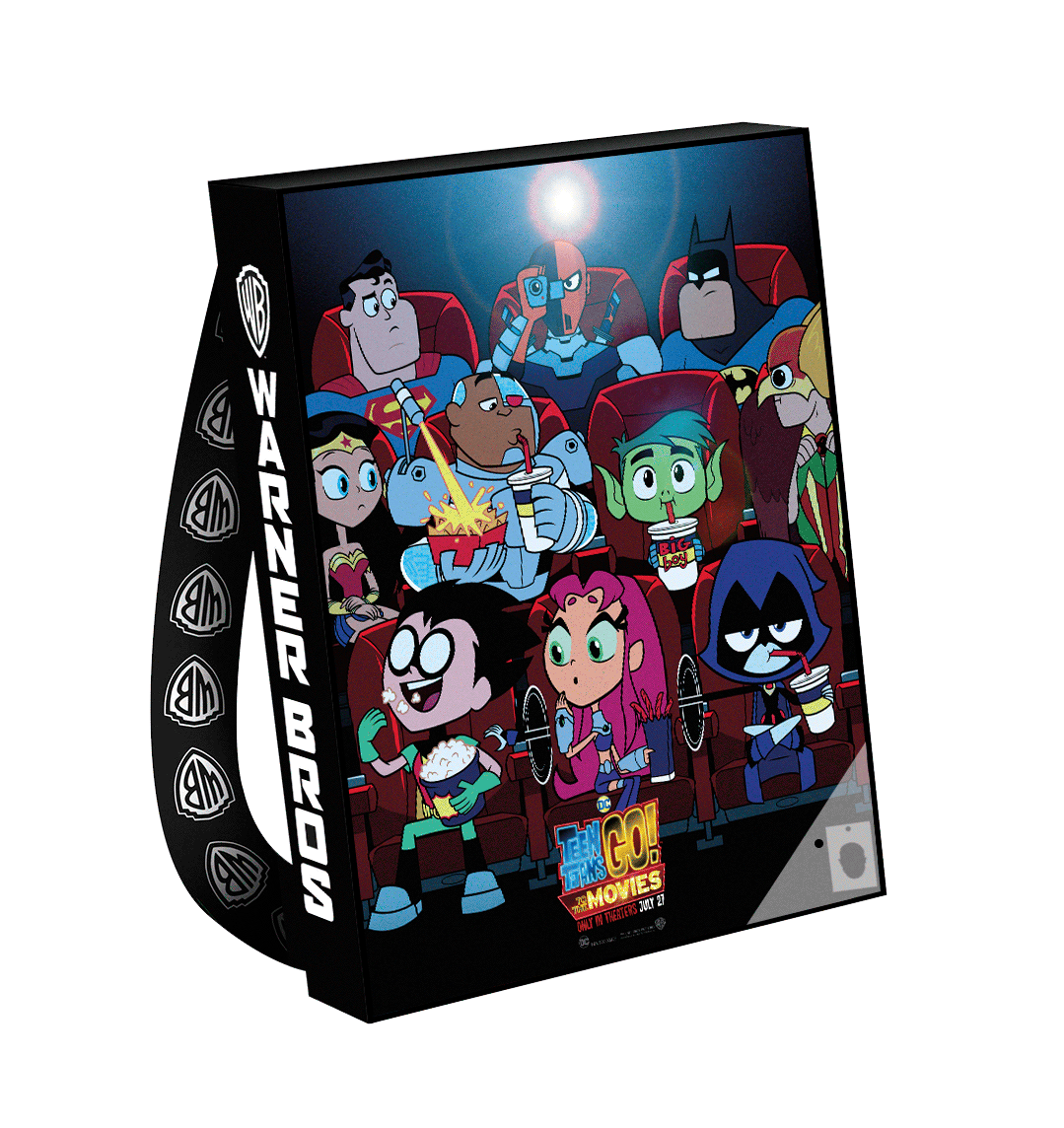 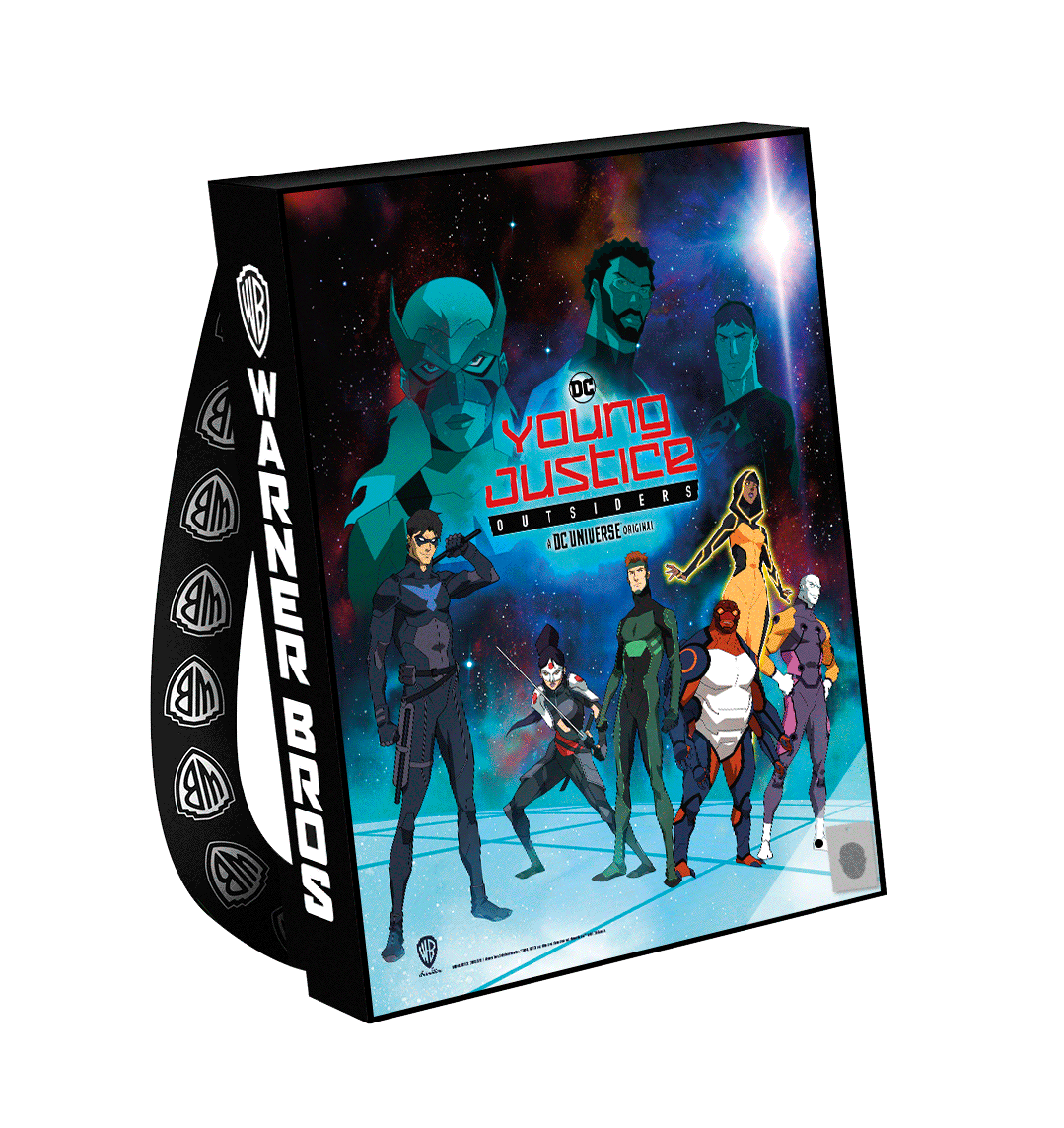 The SDCC bags, produced for the studio by I.D. Me Promotions, will feature the following series and movies:

DARE TO FLAIR! (THE PINS) 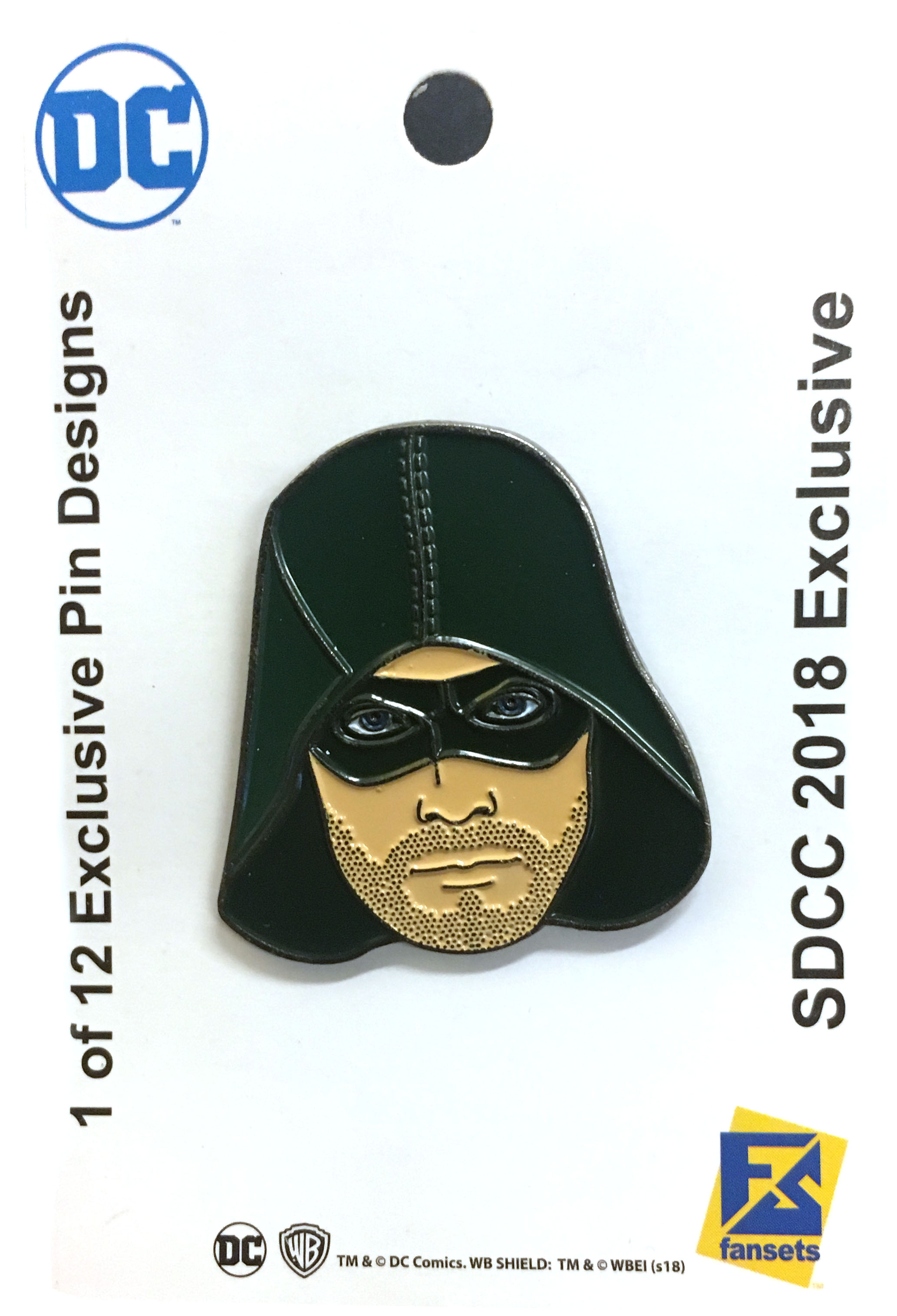 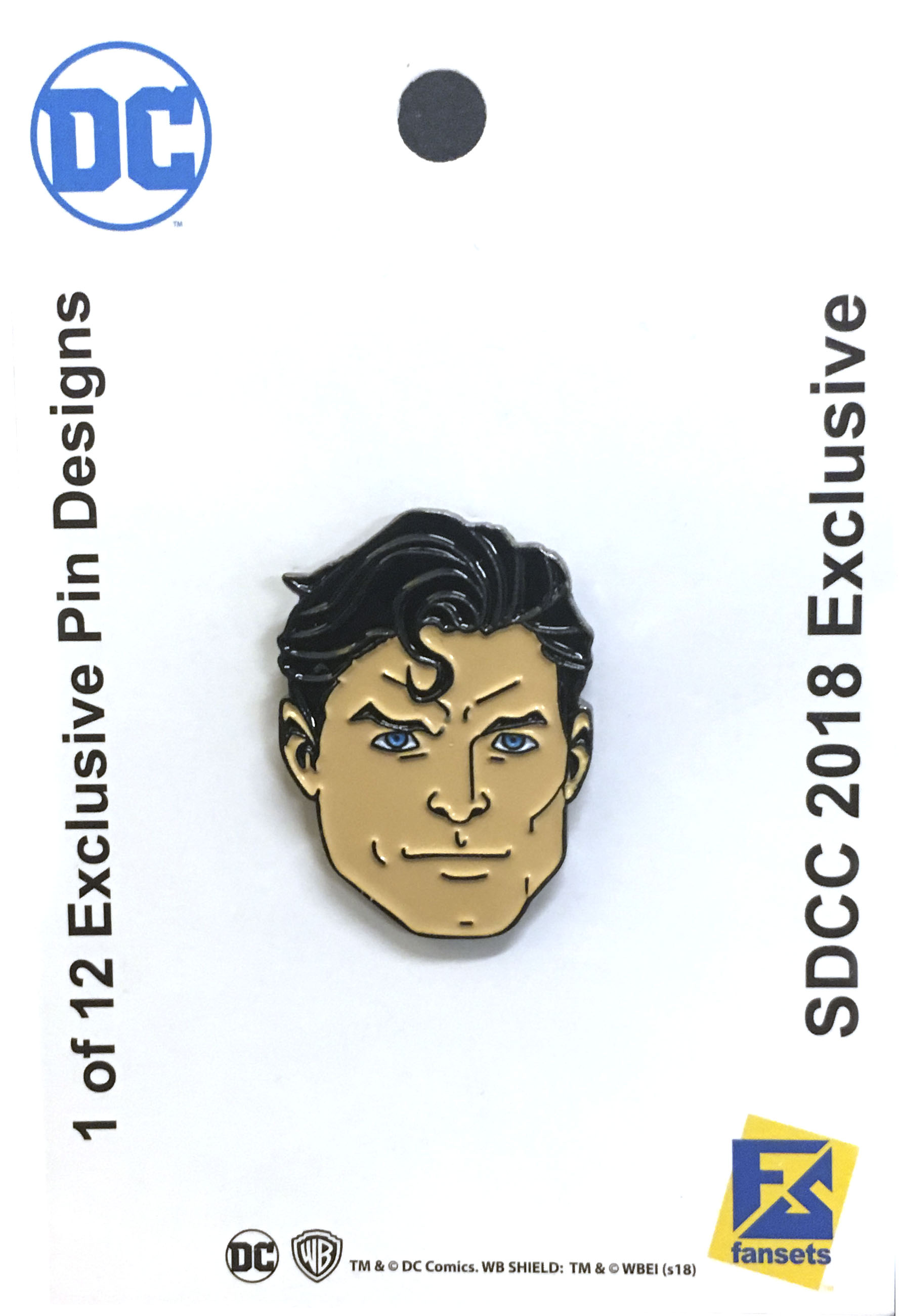 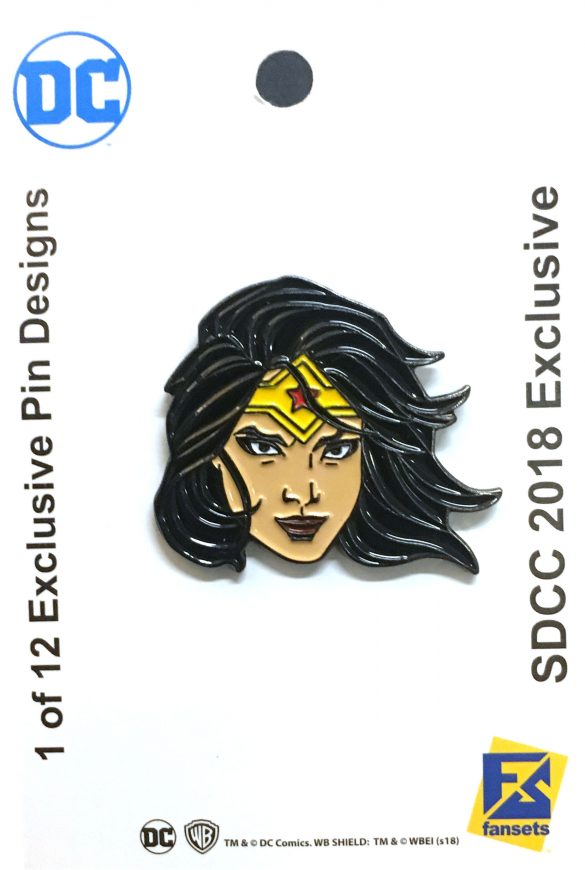 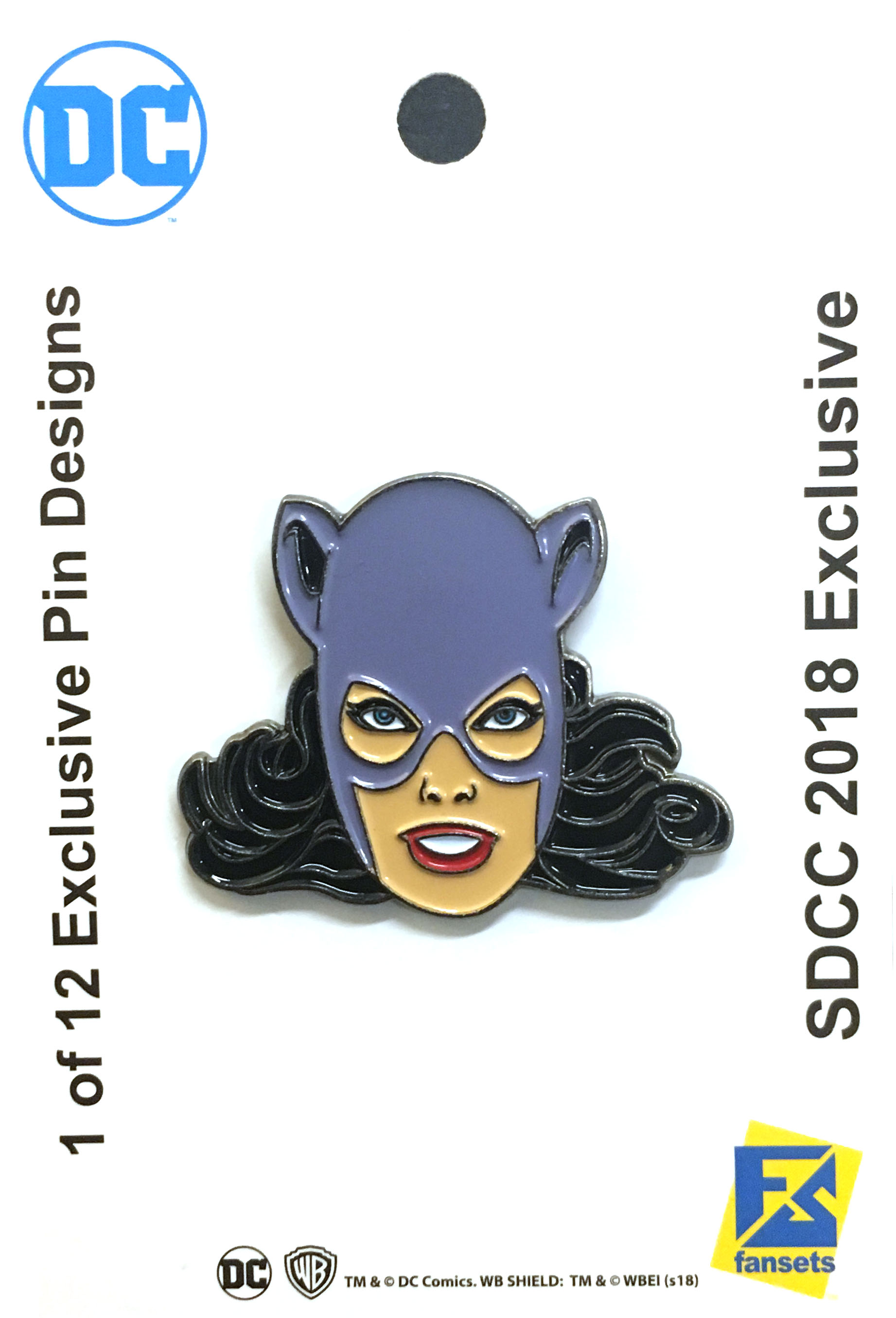 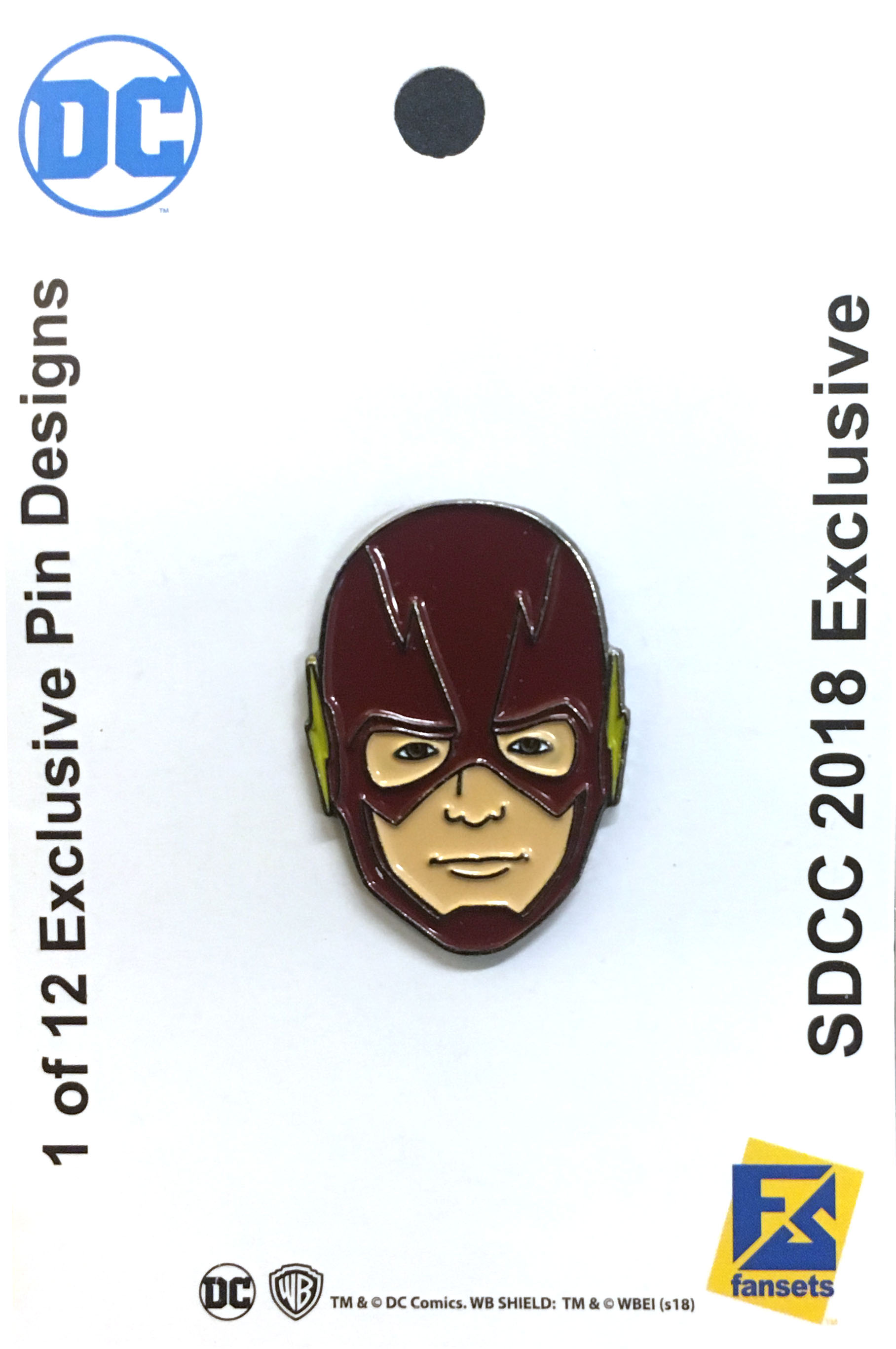 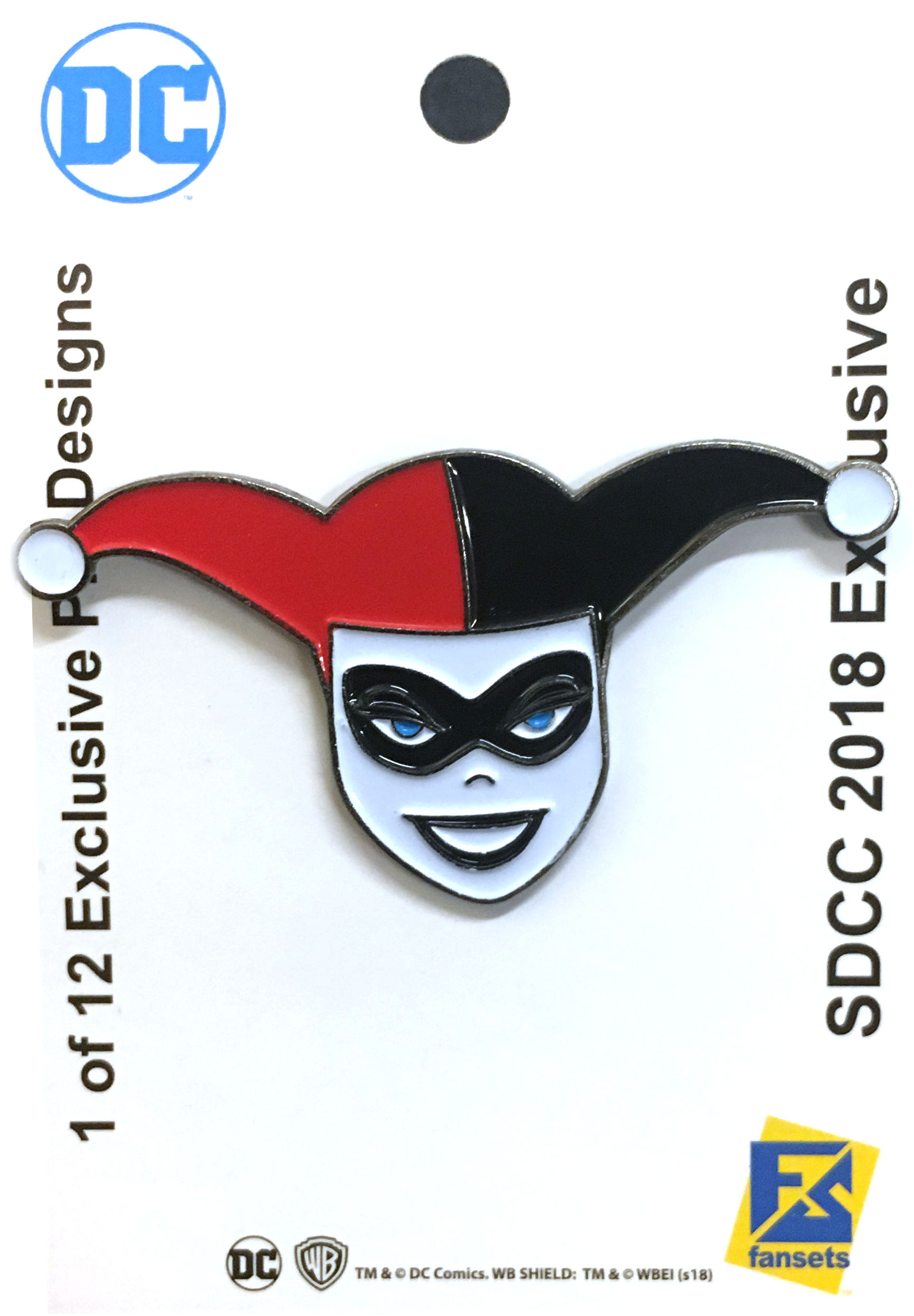 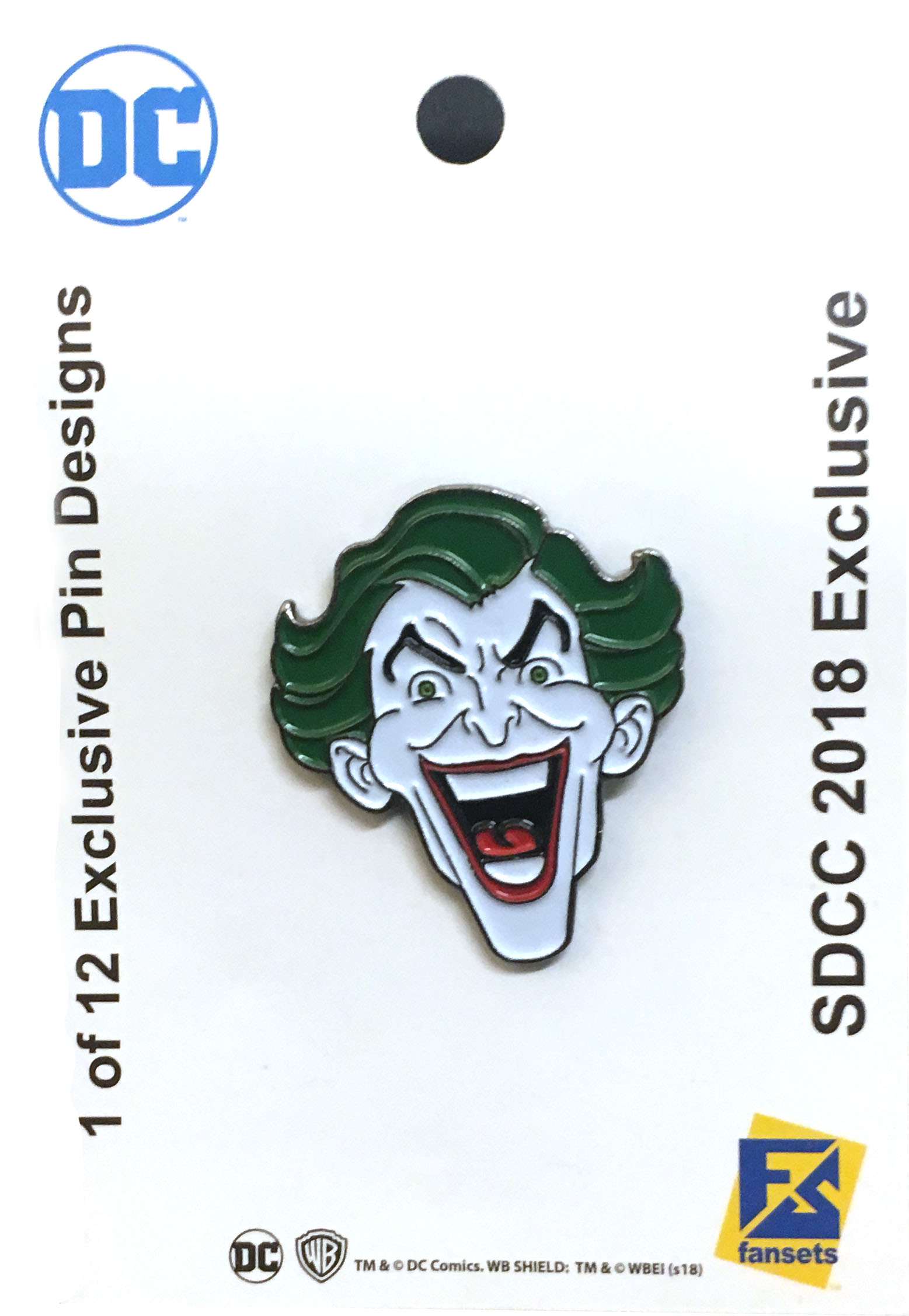 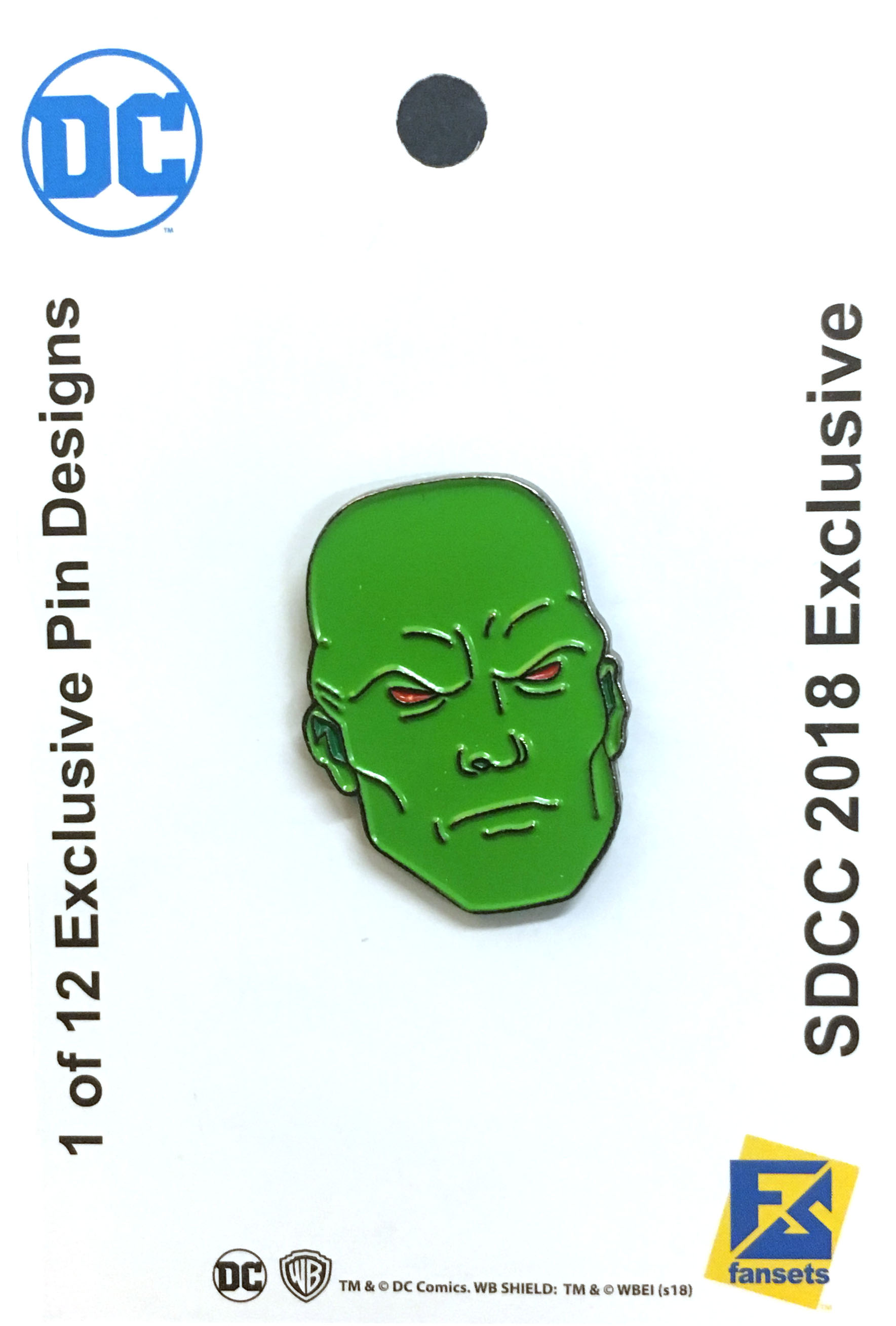 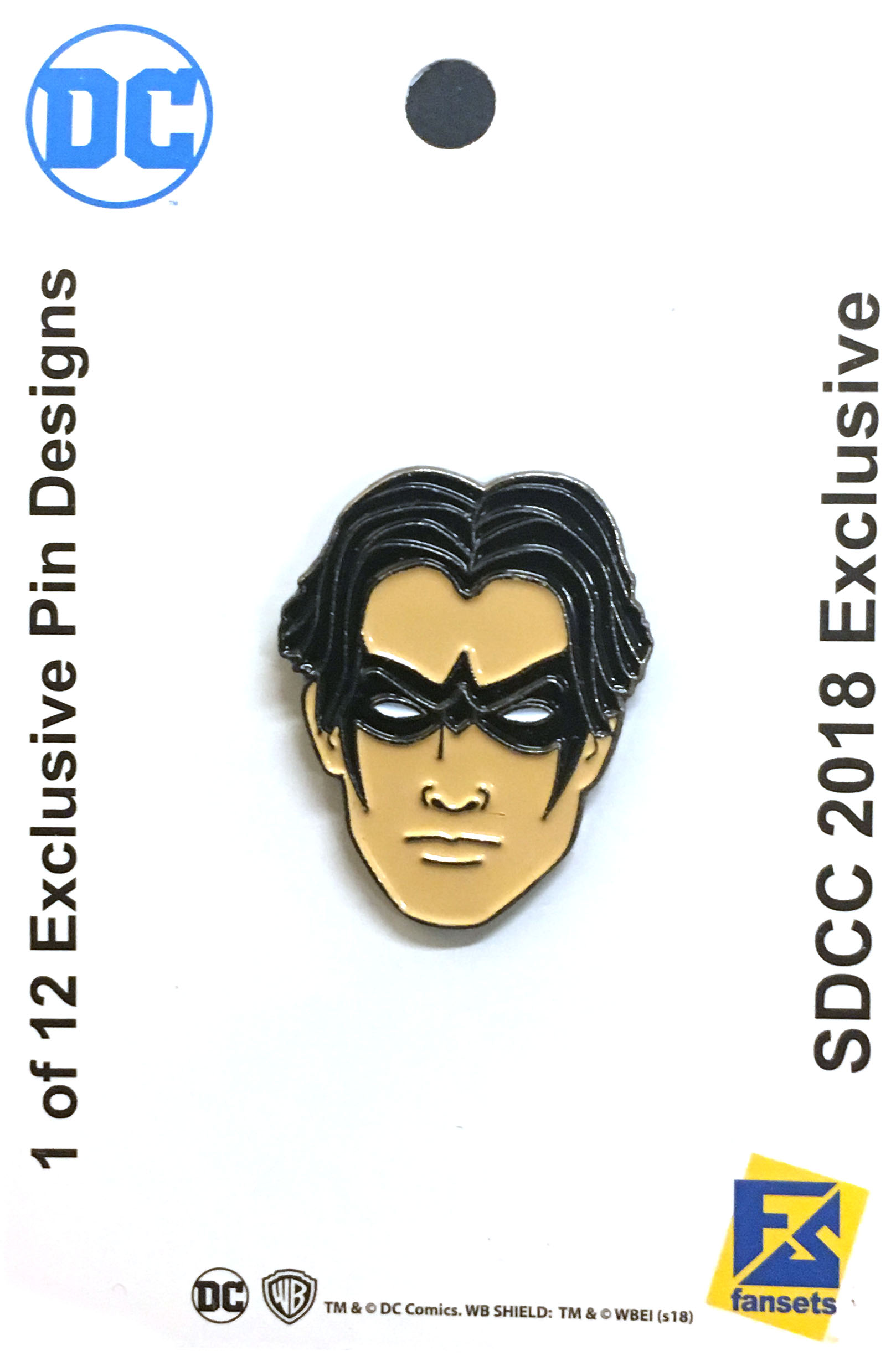 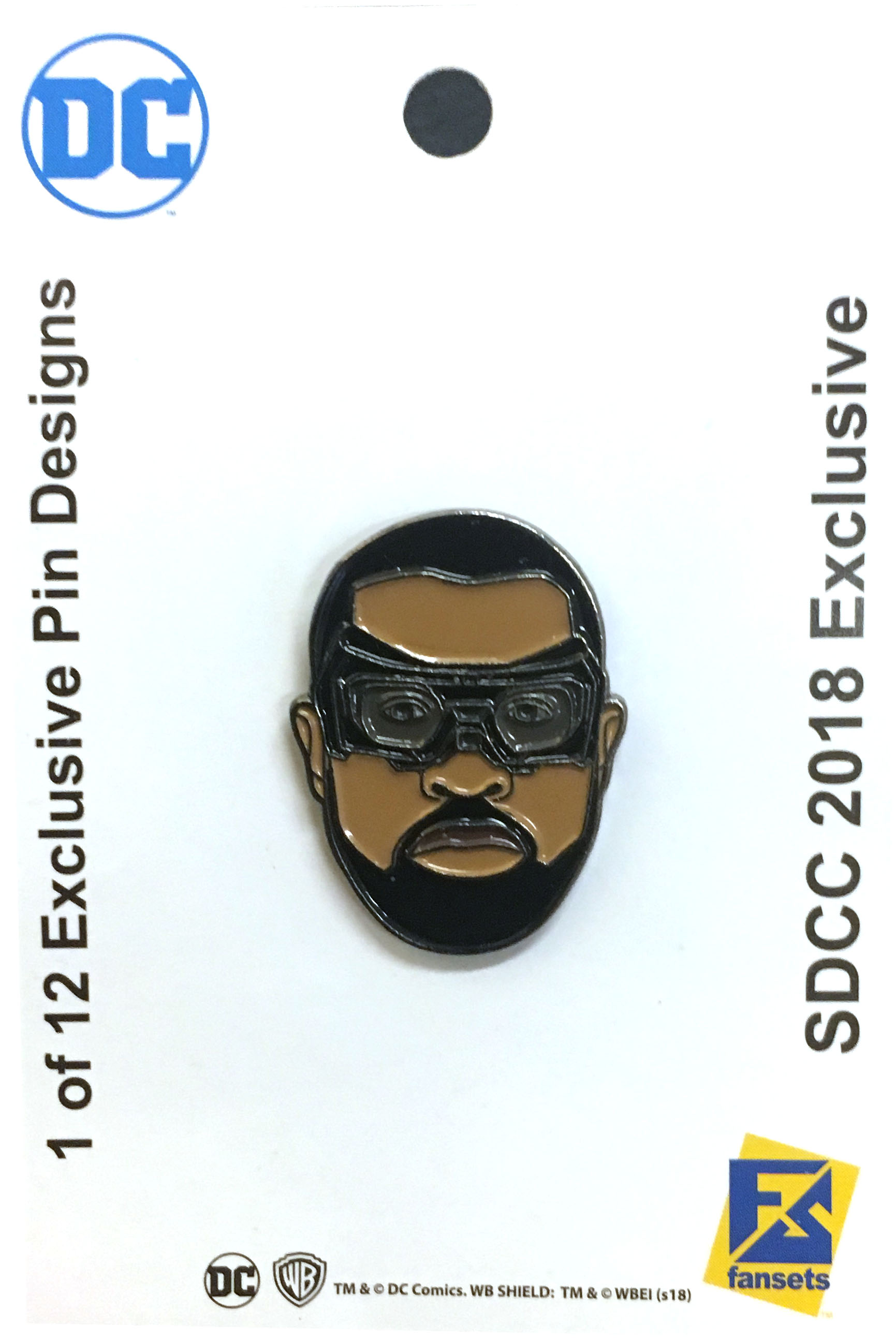 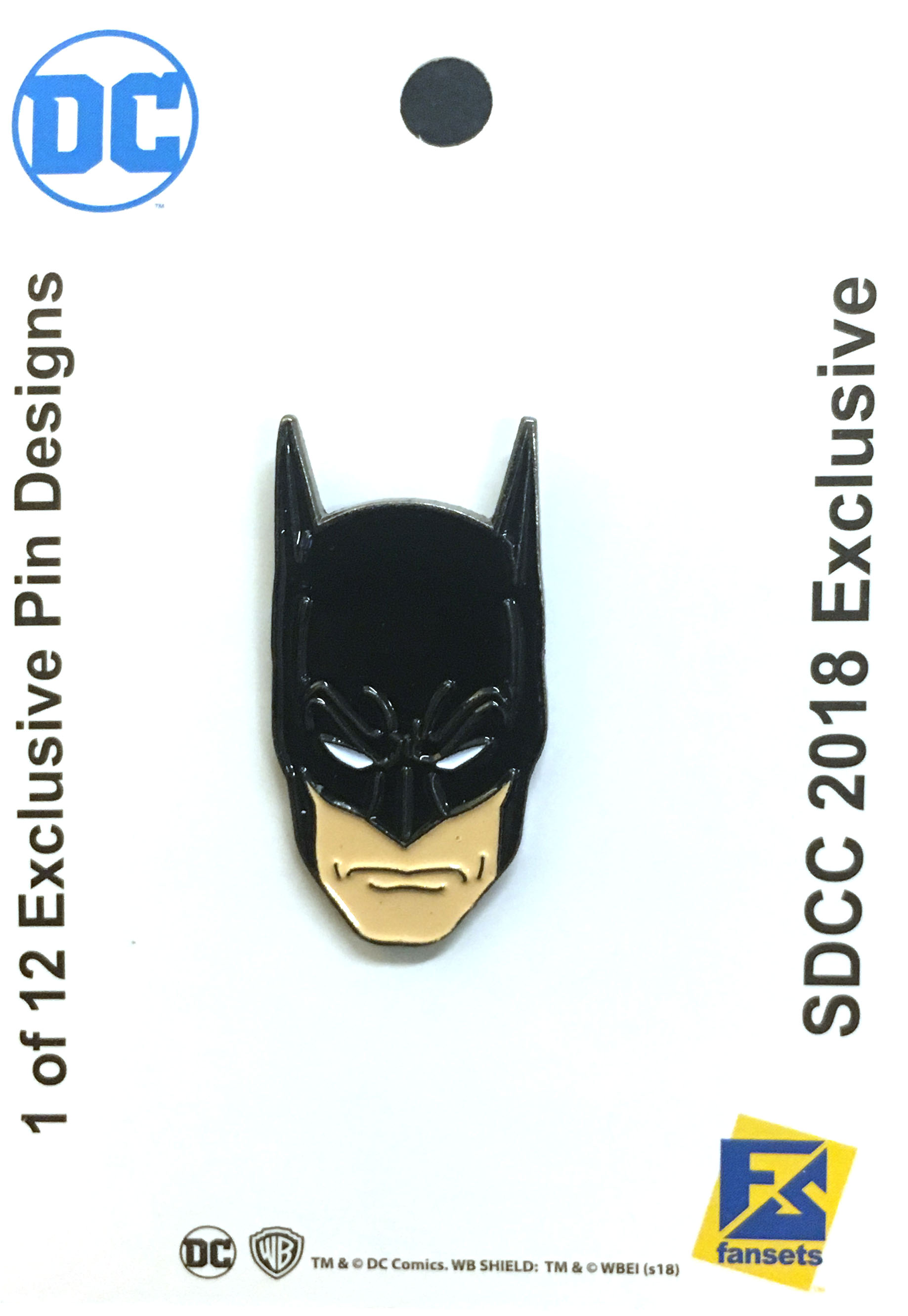 The exclusive collector’s pins are manufactured by FanSets for the second year in a row, and they will feature both DC Super Heroes and Super-Villains.

Fans can get a larger-than life experience at the Warner Bros. booth (#4545), which provides a fun, immersive environment inspired by celebrated series, upcoming films and more. Warner Bros. autograph signings will also take place in the booth.