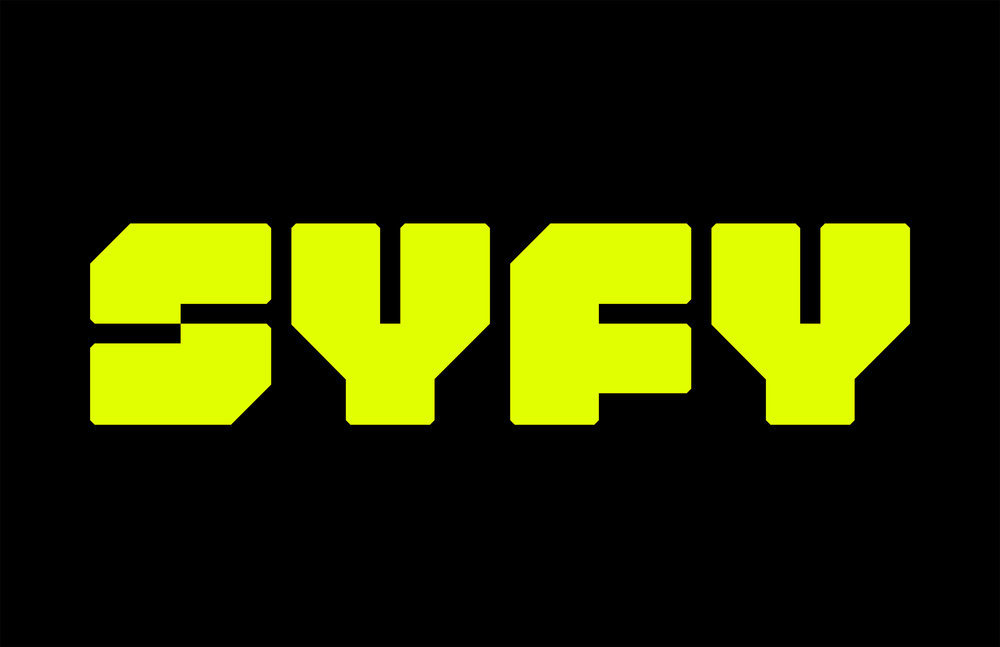 Syfy will be showing why their brand is now “It’s a Fan Thing” at Comic-Con (SDCC) this year. Mystery boxes, pop-up fan awards, and parties galore!  With fan-made art and designs plastered on buses, trains, and swag bags, SDCC will be full of sci-fi shenanigans.

Another way Syfy is showing appreciation is by launching Syfy Wire’s Fan Creators Initiative.  From the press release:

The multi-platform program will celebrate, nurture and support the makers, artists and creators at the heart of genre fandom. Beginning with an online hub dedicated to showcasing the latest and greatest in fan creations, the SYFY WIRE Fan Creators initiative will prove “It’s a Fan (Made) Thing” with year-round contests, partnerships and recognition for the best in class when it comes to being a participating fan.

“At SYFY, we know that genre fans are not mere observers, they’re passionate participants,” said Alexandra Shapiro, Executive Vice President, Marketing and Digital for SYFY and USA Network. “And so everything we do at SDCC will include remarkable creative work from fan artists and creators, from the designs on our sought-after swag bags to the décor and food at our parties.”

Several shows, both new and existing will have panels of course.  Here is the panel schedule and more info on fan goodness.  What are you most excited about? Sound off below in the comments!

From the mind of George R.R. Martin, this highly anticipated new SYFY series is a psychological thriller set in the year 2093 that follows a team of scientists aboard the most advanced ship ever built. Their mission takes them to the edge of space but also to the edge of insanity, as they realize true horror isn’t waiting for them out there — it’s already on their ship. Unlike anything you’ve seen before, NIGHTFLYERS combines horror and science fiction in a way that Martin himself has described as “Psycho in space.” Join the cast and creators for an exclusive look into this exciting new series. Panelists include: Jeff Buhler, Eoin Macken, Gretchen Mol, David Ajala, Jodie Turner-Smith, Gene Klein and David Bartis. Moderator TBA.

What superfan doesn’t love a good debate? To reboot or not reboot? Have video games eclipsed movies and TV? Pine, Pratt or Hemsworth? Join celebrity favorites from the sci-fi universe for the ultimate debate as they share their thoughts, feelings and theories on the genre’s most hotly contested topics while moderator Aisha Tyler keeps the peace. After each round, you’ll get to settle the debate by casting your vote for the most convincing argument. Panelists to be announced.

Presented by The Asylum, be the first to witness a whole new evolution in zombie-kind as the cast and creators of SYFY’s hit series reveal exclusive details of what they have planned for the 5th season. Panelists include: DJ Qualls, Kellita Smith, Russell Hodgkinson and Karl Schaefer. Moderator to be announced.

The landscape of sci-fi has changed — and we’re never going back. Women aren’t just making some of the best, most groundbreaking work found in the genre today, they’re also redefining what it means to be a fan. Come geek out with our panelists and moderator Cher Martinetti (SYFY WIRE Fangrrls’ Managing Editor) as they chat about their current obsessions and discuss how they’re blazing their own path and changing the industry. Panelists to be announced.

Presented by The Asylum, for the LAST TIME EVER, Comic-Con will be home to a SHARKNADO panel. Go shark to the future with the cast of the FINAL installment in SYFY’s fin-tactic movie franchise. Panelists include: Ian Ziering, Tara Reid and Cassie Scerbo. Moderator: Emily Longeretta, US Weekly.

After a mind-blowing Season 1 finale that saw KRYPTON’s history drastically rewritten, the future of Superman has never been in greater jeopardy. Join the cast and creators of SYFY’s hit series as they discuss the many surprises of the first season and give an inside look into what fans can expect in Season 2. Panelists include: Cameron Cuffe, Shaun Sipos, Wallis Day, Ann Ogbomo, Cameron Welsh and Dan Evans. Moderator: Damian Holbrook, TV Guide.

Magic is back…at Comic-Con! Last season, an epic finale totally changed our magicians (like for real) and left us begging for more. Now, join the cast and creators of this critically acclaimed series to get an exclusive look at the upcoming 4th season and answers to all of your burning questions (well, most of them)! Panelists include: John McNamara, Sera Gamble, Jason Ralph, Stella Maeve, Olivia Taylor Dudley, Hale Appleman, Arjun Gupta and Summer Bishil. Moderator: Felicia Day.

SYFY’s epic fan parties will return to the Children’s Museum for two nights on Friday and Saturday at 9PM. “You don’t have to be a celeb to get on our guest list,” said Shapiro. “If you’re a fan, we want you to come party with us – just RSVP, of course!”

SYFY will partner with hip, high-profile collaborators to create limited edition merchandise, each featuring an original, custom genre-themed design by a famed artist. Limited quantities will be released each Thursday through Saturday mornings at 10AM at the Children’s Museum.

Those with a competitive edge will be able to square off for mystery box prizes in a few different ways:

Throughout the Gaslamp, Orlando Jones will preside over pop-up awards that honor the best in cosplay, art and more — complete with drumline and SYFY’s very own “Fan Creator Award” medals.