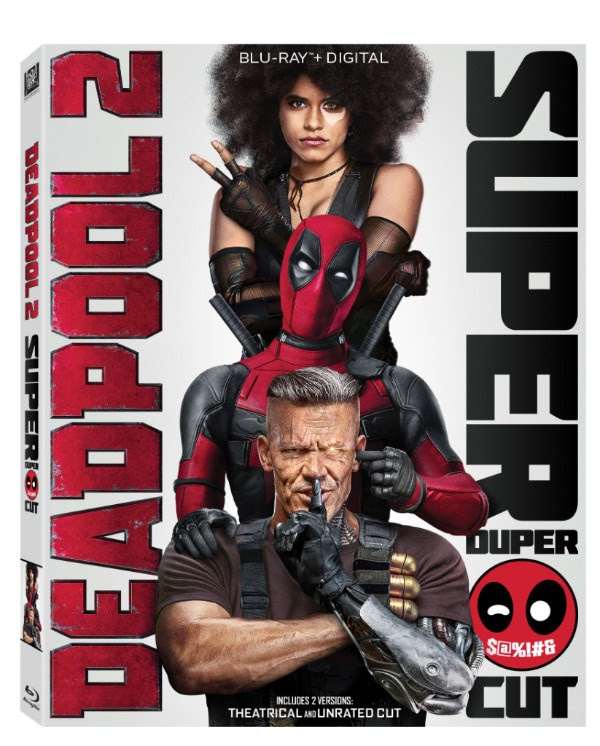 Check out what shenanigans are in store below.  Will you try for that hotel stay? Sound off below in the comments!

WHAT
Prepare for the ultimate superhero landing as Deadpool and pals drop into Hall H for an hour of maximum effort. Expect dirty jokes, broken fourth walls, maybe some spandex and real, live unicorns! (Panel may not actually include mythical creatures.)

WHAT
Deadpool drops the ultimate deuce in the Gaslamp—now with more splash! The Horton Grand Theatre plays host to the world premiere screening of the Deadpool 2 Super Duper $@%!#& Cut, featuring 15 minutes of never-before-seen footage including deleted scenes, alternate jokes and extended takes.

Tickets to the screening are available for Saturday or weekend-long Comic-Con badge holders only. Head to the Sails Pavilion at 9am Saturday for your chance to get your hands on one. A certain time-traveling psychopath let slip that there may even be a few special guests in attendance, so get those tickets early!

WHAT
Your childhood dreams (or nightmares) come true as Deadpool and his animatronic band of X-Force rejects takes up residency at the San Diego Convention Center for a series of musical performances you’ll never forget—despite your best efforts. A different Comic-Con exclusive t-shirt will be given to the first 1200 attendees each day, Thursday through Sunday. So come early and come often!

WHAT
Have you ever wondered what it would look like if Deadpool and Blind Al took over the Hard Rock Hotel’s most expensive suite? Probably not, but you’re going to find out anyway!

Digital video service Vudu Movies & TV, has partnered with Twentieth Century Fox Home Entertainment to host a sweepstakes for one lucky Comic-Con attendee to win a stay in the Deadpool Dream Suite on Saturday evening. The suite is modeled after Deadpool’s apartment and comes fully-stocked with more half-finished Ikea furniture and pop-culture Easter eggs than you could shake a katana at. Not to mention all the (non-adult) movies the winner could ever watch, courtesy of Vudu.

Those planning to be at Comic-Con can enter to win at: watchvudu.com/deadpooldreamsuite. The official sweepstakes entry period is July 11 through July 19, and the winner will be announced at Comic-Con onJuly 20.

Although this activation is only open to members of the media and the grand prize winner, Vudu is also giving 15 lucky winners the extremely limited opportunity to tour this otherwise exclusive activation. Winners will be chosen by Vudu associates at Comic-Con, who will be on the lookout for Vudu and Deadpool super-fans.

The Deadpool hi-jinks continues after Comic-Con. Following the grand prize winner’s stay in the Dream Suite, Vudu will host a giveaway of select loot from the suite so fans can take a piece of the Deadpool Dream Suite home.  Visit watchvudu.com/deadpooldreamsuite to enter starting July 20th.

DEADPOOL TWO YEAR ANNIVERSARY EDITION (Blu-ray $17.99)
The OG, now available in collectible packaging with an assortment of limited edition party favors including stickers, car decals, temporary tattoos and a set of paper dolls that will let fans bring even their most depraved Wade Wilson fantasies to life.

WIN A SET OF DEADPOOL’S GREATEST PHOTOBOMBING MASTERPIECES
25 lucky fans will be selected each day Wednesday through Sunday to win a set of 18 Fox catalog Blu-rays with limited edition “photobombed” box art featuring Mr. Pool himself. All 18 photobombed films will be available to purchase at Walmart stores nationwide on August 7. Visit Booth 4229 and scan your badge to enter to win!