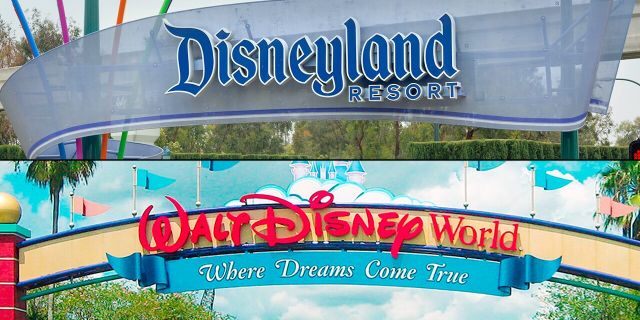 Hi everyone! I have some important information updates that I want to share with you guys. Over at Walt Disney World, A youtuber man Richard McGuire who is 42 years old accepts plea deal in Disney Discovery Island Trespassing case and was arrested on April 30 after a man hunted on Walt Disney World’s Discovery Island, a zoological attraction that has been closed since 1999. He has been camping on the 11-acre island for several days and called it a “tropical paradise” according to the report. He is also quarantined to be fined $100 because he broke into Walt Disney World. Got to feel bad for him especially in the future.

In light of Walt Disney World layoffs, the Orange County Mayor Jerry Demings has announced the Cares Act Assistance will be reopening on October 12.

The characters are returning to chef Mickey’s at Disney’s Contemporary Resort on December 16, along with the new menu coming as well. The new menu will include:

. Mickey’s “celebration” Pancake, featuring whipped cream celebration sprinkles, shimmering pixie dust, and more “Loaded” Potato-cheese Casserole topped with smoked bacon crumbles and chives, and last, Goofy’s Banana Bread French Toast will combine unique flavors of banana bread baked in zesty orange-scented French toast batter, topped with Espresso- Mascarpone cream, toasted bananas and chocolate crumbles. Man!  All of that stuff is so good! It is making me hungry to my tummy and I wish that I can eat those kinds of things for breakfast at a Disney restaurant! So yummy!!

Florida Disney properties to lose at least one quarter of staff through the layoffs as they will be coming from Florida.

I found something interesting that Disney World should steal from Disneyland:

The Alabama man who broke into Disney World during the lockdown has been banned for life. Wow! That is crazy to hear about him!

The Disney Vacation Club is offering credit card option for monthly dues starting in November. The members will now be able to set up the annual payment to automotive renew on January 15 each year. They are also able to pay monthly using a checking or savings account, Disney Gift Cards, or Chase Disney Visa Reward points. The new option is expected to launch next month for members to set up auto-payments. Dues for 2021 will also likely be released next month and ratified during the Condominium, Association Meeting in December. All of this information came from the Disney World news I look up for this week.

Disneyland has moved its earliest hotel reservation date back again and is only accepting reservations starting on or after November 1st.

A California Governor Gavin Newsome said that Disneyland may not be opening soon as he reveals disagreement with Disney Chief Bob Iger as he is in no rush to reopen it back up. Disneyland has adopted recommendations from county health agency after tour of theme parks. These safety recommendations include these 3 things:

Disney officials said they appreciate the visits by local health officials and look forward to continuing to work closely with them. Disneyland plans to install thousands of coronavirus health and safety measures to prepare for the eventual reopening of the Anaheim theme park resort once California issues guidelines for the state’s major tourist destinations to return to full operation.

They include physical distancing measures and plastic shields on rides.

“On the rides, you’ll see much more plastic shielding in place, wherever folks might come into contact with each other in fairly close proximity,” said Mike Lyster, a spokeman for the City of Anaheim, to KTLA TV. “There are floor markings everywhere that will keep my party away from another party, basically keeping that 6 feet of distance between them.”

The city of Anaheim faces a likely $100 million budget shortfall, a good deal of it generated by usage taxes, and the local and regional economy is struggling with the lack of tourist money.

Meanwhile, an author Julie Tremaine created a website about why the Disneyland rides are running during the Disneyland closure and had information about the rides there by saying this:

Last week, I thought I witnessed a miracle. I was sitting at Parkestry, the rooftop bar at the new JW Marriott in Anaheim that overlooks Disneyland, thinking about how nice the view would be once the parks were lit up again, and fireworks were going off over the castle.

And then, the lights came on.

There were big, white work lights for the construction at what will soon be Avengers Campus, but that wasn’t all. Guardians of the Galaxy — Mission: BREAKOUT! was also totally illuminated, all 184 feet of it, in the vivid glowing green I’ve come to recognize from countless nights in Disney’s California Adventure Park.

“It’s coming back on!” I thought. “The park is reopening!”

The Disneyland corners of the internet are filled right now with videos of rides in both parks operating, even without guests. The Mattercam

at the Howard Johnson’s Anaheim is a live stream that rotates views throughout both parks, showing the Incredicoaster, Space Mountain, and of course, the Matterhorn. Viewers earlier this week were quick to note that the water feature was on at the Matterhorn, and the ride looked like it was running.

This was before California Gov. Gavin Newsom said Oct. 8 that he was “going to be stubborn” about reopening the state’s theme parks, and that they wouldn’t be up and running anytime soon. His statement comes after an intense month of negotiations between Disney and the state, resulting in Disney Chairman Bob Iger quitting the governor’s economic recovery task force.

The message is clear: Disneyland lovers aren’t getting into their happy place any time soon. Although the rides are running, and you might be able to get a glimpse of what used to be and hopefully will soon again be the happiest place on earth, don’t get your hopes up just yet. All of this information came from the SF Gate website.

Disney’s Space Mountain is hoping that it will become a live-action movie as Joby Harold a writer who is writing and executive producing the upcoming Obi-wan Kenobi series for Disney+- and his wife Tony Tunnel, who is producing the film under their shared company, Safehouse pictures.

All of this information came from the Disneyland news I look at every day.

What are your thoughts on this whole Disney information? There is so many of them, but I would like to hear some comments, thoughts, or opinions down below! Feel free to ask me questions if you have any questions!