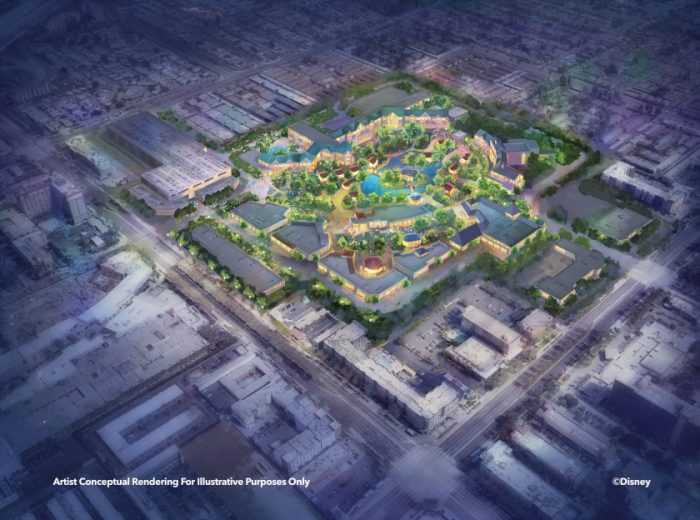 Hi everyone! Today I have some big updates that I want to share with y’all! So, let’s get started, shall we?! So, at Disneyland Resort, they have announced that they will be planning to have a major new expansion. Disney unveiled their new, groundbreaking expansion plans to the Disneyland Resort over the next several years. Appropriately calling the project Disneyland Forward, the company aims to work with the City of Anaheim to get approval on expanding the theme park, retail, dining, hotel, and parking offerings at the Disneyland Resort.

The long-term plans are causing a flurry of excitement among fans, but also a lot of questions. Over recent years, the Disneyland Resort — encompassing Disneyland Park, Disney California Adventure Park, Downtown Disney Shopping District, and three hotels — received sprinkles of pixie dust that breathed life back into the world-famous resort.

In the last decade, groundbreaking experiences and lands like Cars Land, Pixar Pier, Guardians of the Galaxy – Mission: BREAKOUT! and Star Wars: Galaxy’s Edge all made their home at the Disneyland Resort. These instantly became fan favorites — despite how much it hurt saying goodbye to the Hollywood Tower of Terror — and Disney and the countless Imagineers behind the scenes always create more magic out of well-lived experiences, especially with Avengers Campus opening later this year.

Now, Disneyland is boldly stepping into the future and expanding further outside their two current parks with the goal of creating highly immersive new theme park experiences at the Southern California theme park property. Disney confirms that they need to work with local officials in order to reach an agreement to allow the company to bring more experiences to the Disneyland Resort. Disney says that they need more flexibility in order to bring new offerings to the existing property, rather than remove current ones.

“We want to bring more Disney investment to Anaheim. However, this simply isn’t possible under current inflexible planning restrictions unless we remove and replace treasured rides and attractions in our Parks today.”  They are considering adding some new attractions, restaurants, and some shops. It includes the new retail and dining at Down Town Disney, Peter Pan, Tangled, Frozen, and Zootopia. Looking again at the plans above, Disneyland does not have a massive land to work with. However, the areas highlighted in orange and blue (corresponding with each theme park) look large enough to fit a new land or two. This doesn’t mean that they are potentially making the third gate, but they are trying to make Disneyland more exciting and magical for guests to enjoy. This plan will take place in 2023 at the Anaheim Convention Council. Remember, Disneyland will never be complete!

The California Governor Gavin Newsom who is facing a recall has announced over twitter that all Californians 16 & up eligible for COVID-19 vaccine on April 15th. Adults over the age of 50 can make their appointments starting on April 1st.

So basically, Disneyland is really making good progress with their vaccines and I’m glad that they are doing the expansion of the parks! What about you guys?! What is your opinion about this information?!

This information came from the news I looked at today.

What do you guys think about the whole information!

I would love to hear some comments, thoughts, opinions, concerns, or questions down below!