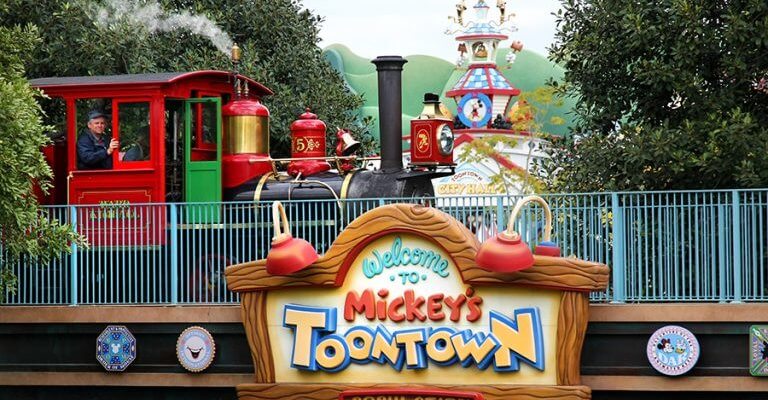 Hi everyone! Today I have some major updates about Disneyland’s Mickey’s Toon Town land! So, let’s get started, shall we?! So, they have announced that the Disneyland’s big attraction Mickey’s Toon Town is going to be closing on March 2022 for the remainder of the year and it will reopen in early 2023. They are closing it down for “an ambitious reimagining,” according to the park. At that time, it will feature new experiences that allow families to enjoy “a vibrant symphony of sights, sounds, and sensations.” The centerpiece of the overhaul will be a space called CenTOONial Park. The Park touts it as a place to “unplug” with more green spaces. It also referred to the reimagined Toon town as “expanded,” though it wasn’t clear in the announcement if it will be larger than it currently is when the area reopens. CenTOONial Park will be the first thing visitors see as they enter Toontown, which was originally inspired by the area of the same name in Who Framed Roger Rabbit? There will be a pair of new interactive play experiences in that park. One is a fountain designed for kids. “At its base, water tables will invite guests to play with the water and have a sensory experience,” the park said in a blog post announcing the changes. “At night, the fountain will be brought to life in a unique spectacle.” The second new experience will be a “dreaming tree,” inspired by a tree Walt Disney is said to have daydreamed under as a young man. These will debut alongside a new ride titled Mickey & Minnie’s Runaway Railway. Attractions closing to be reimagined or undergo maintenance isn’t rare at theme parks. Universal Studios Florida recently announced plans to close the Revenge of the Mummy roller coaster for much of 2022 as well. So, if you’re planning a Disneyland visit next year, don’t put Toontown on the itinerary. The announcement was made Monday at the International Association of Amusement Parks and Attractions (IAAPA) Expo by Chairman of Disney Parks, Experiences and Products, Josh D’Amaro. He said the transformation will include adding greener and more spacious land with families and young children in mind. This includes the creation of a new rollercoaster called Mickey & Minnie’s Runaway Railway. “We are so excited to leverage Disney’s powerful brand, develop new stories and share even more magical experiences with our guests,” said D’Amaro. “The newly reimagined Mickey’s Toontown will be a welcoming place where families and younger guests can connect and play together in fun new ways.”

So, this is a big change starting next year. I know some of the Disney fans are going to be disappointed, but I think this is something to be excited about! Just remember, Disneyland will never be complete! All of this information came from the news I looked at today.

So, what do you guys think about the announcement of Mickey’s Toon Town?! I would love to hear lots of comments, thoughts, opinions, questions, or concerns down below!

Some Disney World and Disneyland Updates!