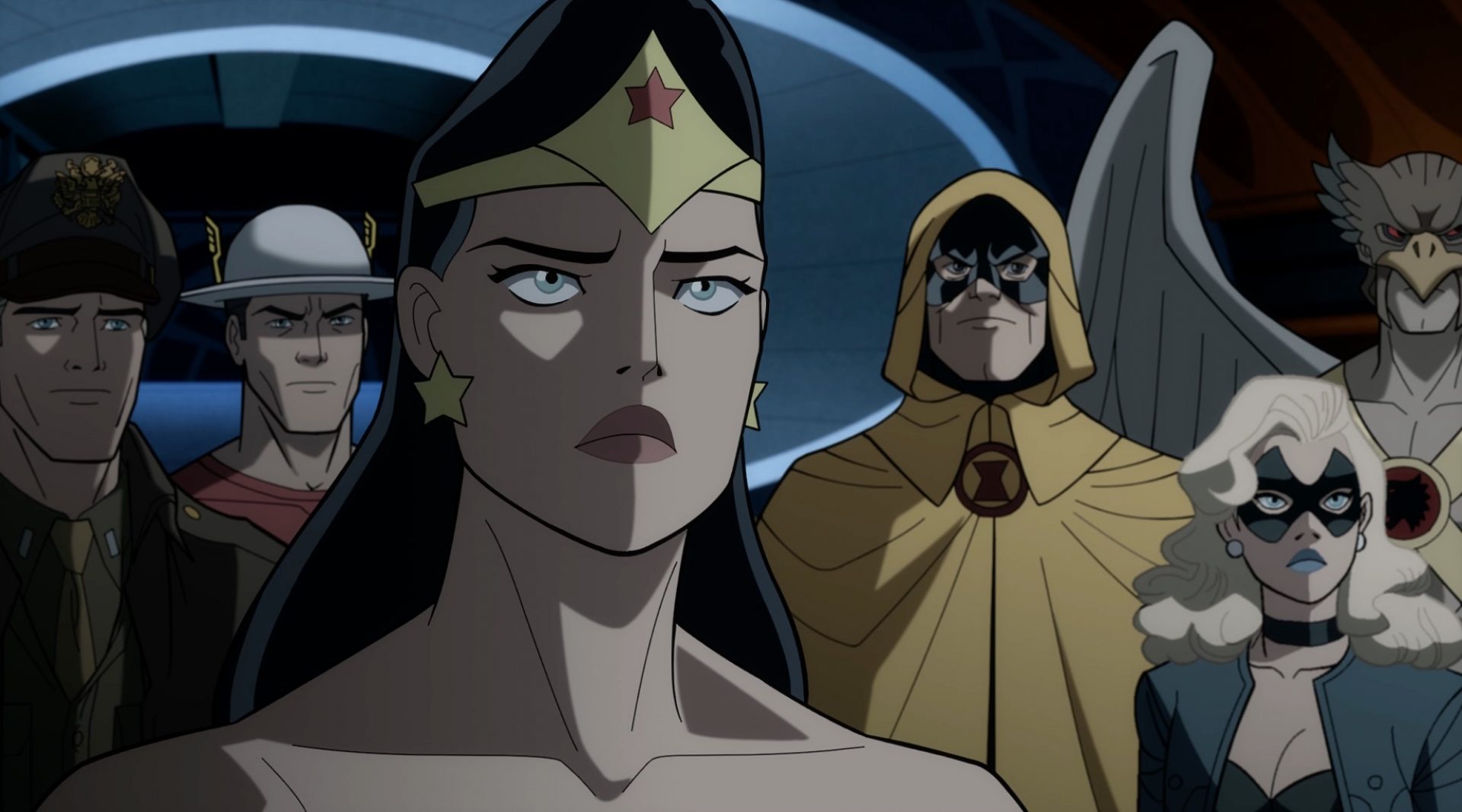 AT WONDERCON@HOME ON SATURDAY, MARCH 27

To view the Justice Society: World War II panel, please go https://youtu.be/7Es8ztlK5Bw on WonderCon’s YouTube channel. This link will NOT be live until March 27 at 11:00am PT. For more information about WonderCon, visit https://www.comic-con.org/wca.

The 50-minute panel will include actors, filmmakers and assorted clips and images from the all-new, feature-length animated movie. Justice Society: World War II arrives on Digital starting April 27, 2021, and on 4K Ultra HD™ Blu-ray Combo Pack and Blu-ray™ on May 11, 2021.

Produced by Warner Bros. Animation, DC and WBHE, the all-new animated adventure finds modern-day Barry Allen – prior to the formation of the Justice League – discovering he can run even faster than he imagined, and that milestone results in his first encounter with the Speed Force. The Flash is promptly launched into the midst of a raging battle – primarily between Nazis and a team of Golden Age DC Super Heroes known as the Justice Society of America. Led by Wonder Woman, the group includes Hourman, Black Canary, Hawkman, Steve Trevor and the Golden Age Flash, Jay Garrick. The Flash quickly volunteers to assist his fellow heroes in tipping the scales of war in their favor, while the team tries to figure out how to send him home. But it won’t be easy as complications and emotions run deep in this time-skipping World War II thriller.

Warner Bros. Home Entertainment (WBHE) brings together Warner Bros. Entertainment’s physical and digital distribution businesses in order to maximize current and next-generation distribution scenarios. An industry leader since its inception, WBHE oversees the global distribution of content through packaged goods (Blu-ray Disc™ and DVD) and digital media in the form of electronic sell-through and video-on-demand via cable, satellite, online and mobile channels. WBHE distributes its product through third party retail partners and licensees.

DC, a WarnerMedia Company, creates iconic characters, enduring stories, and immersive experiences that inspire and entertain audiences of every generation around the world and is one of the world’s largest publishers of comics and graphic novels. As a creative division, DC is charged with strategically integrating its stories and characters across film, television, consumer products, home entertainment, interactive games, DC UNIVERSE INFINITE digital subscription service and community engagement portal. For more information visit dccomics.com and dcuniverseinfinite.com.