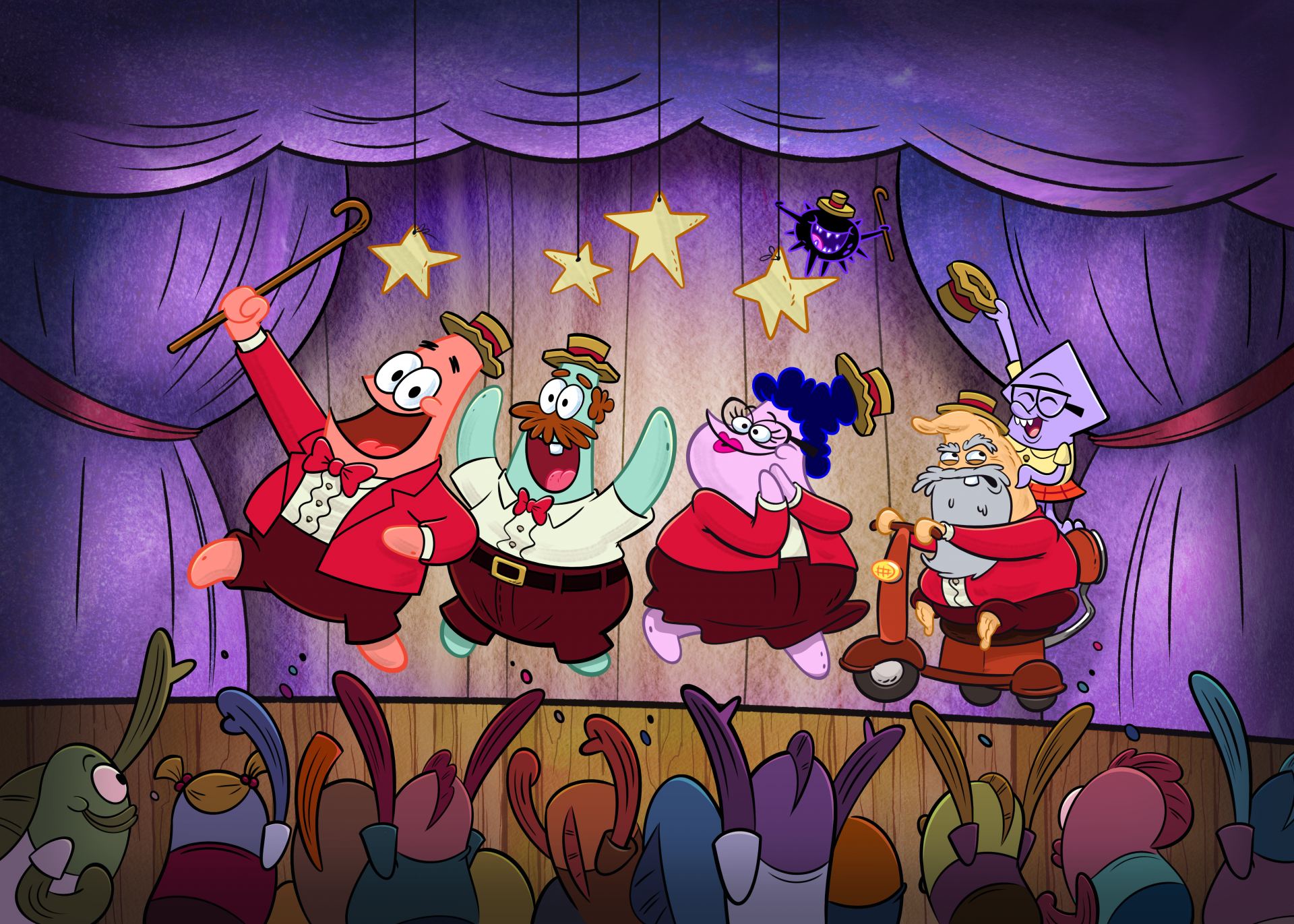 The new SpongeBob SquarePants spinoff The Patrick Star Show is coming to Comic-Con@Home! The full press release is below. Will you be watching?

BURBANK, Calif.-July 8, 2021-Nickelodeon is raising the curtain on The Patrick Star Show at Comic-Con@Home to give fans a one-of-a-kind look at the SpongeBob SquarePants spinoff featuring the world’s most famous pink sea star and his family. On Saturday, July 24, at 3:00 p.m. PT/6:00 p.m. ET, voice cast and producers behind the original series will treat viewers to an exclusive table read and conversation.Comic-Con@Home panels will be available to view on Comic-Con’s YouTube page at https://www.youtube.com/user/ComicCon.

The following is Nickelodeon’s The Patrick Star Show panel information:

Lights. Camera. Distraction! Patrick Star is stepping into the limelight in The Patrick Star Show, Nickelodeon’s second spinoff of the number-one animated series SpongeBob SquarePants. During this exclusive panel, fans will discover a younger Patrick Star living at home with his family, where he hosts his own variety show for the neighborhood from his television-turned-bedroom. Sit back and enjoy a table read of an episode and hear all about the brand-new series featuring voice actors Bill Fagerbakke (Patrick Star), Tom Wilson (Cecil Star), Cree Summer (Bunny Star), Jill Talley (Squidina Star), and Dana Snyder (GrandPat), along with co-executive producers Vincent Waller and Marc Ceccarelli. Welcome to the show! Moderated by: Tara Bennett (SYFY Wire).

The Patrick Star Show premieres Friday, July 9, at 7:00 p.m. (ET/PT) on Nickelodeon. In the premiere episode, “Late for Breakfast,” Patrick presents a show about food after missing out on a hearty breakfast. Then in “Bummer Jobs,” Patrick and SpongeBob experience the wonders of the workforce. Produced by Nickelodeon Animation Studio, new episodes will continue to debut Friday nights on Nickelodeon and premiere internationally in the fall.

Nickelodeon, now in its 42nd year, is the number-one entertainment brand for kids. It has built a diverse, global business by putting kids first in everything it does. The brand includes television programming and production in the United States and around the world, plus consumer products, digital, location based experiences, publishing and feature films. For more information or artwork, visit http://www.nickpress.com. Nickelodeon and all related titles, characters and logos are trademarks of ViacomCBS Inc. (Nasdaq: VIACA, VIAC).