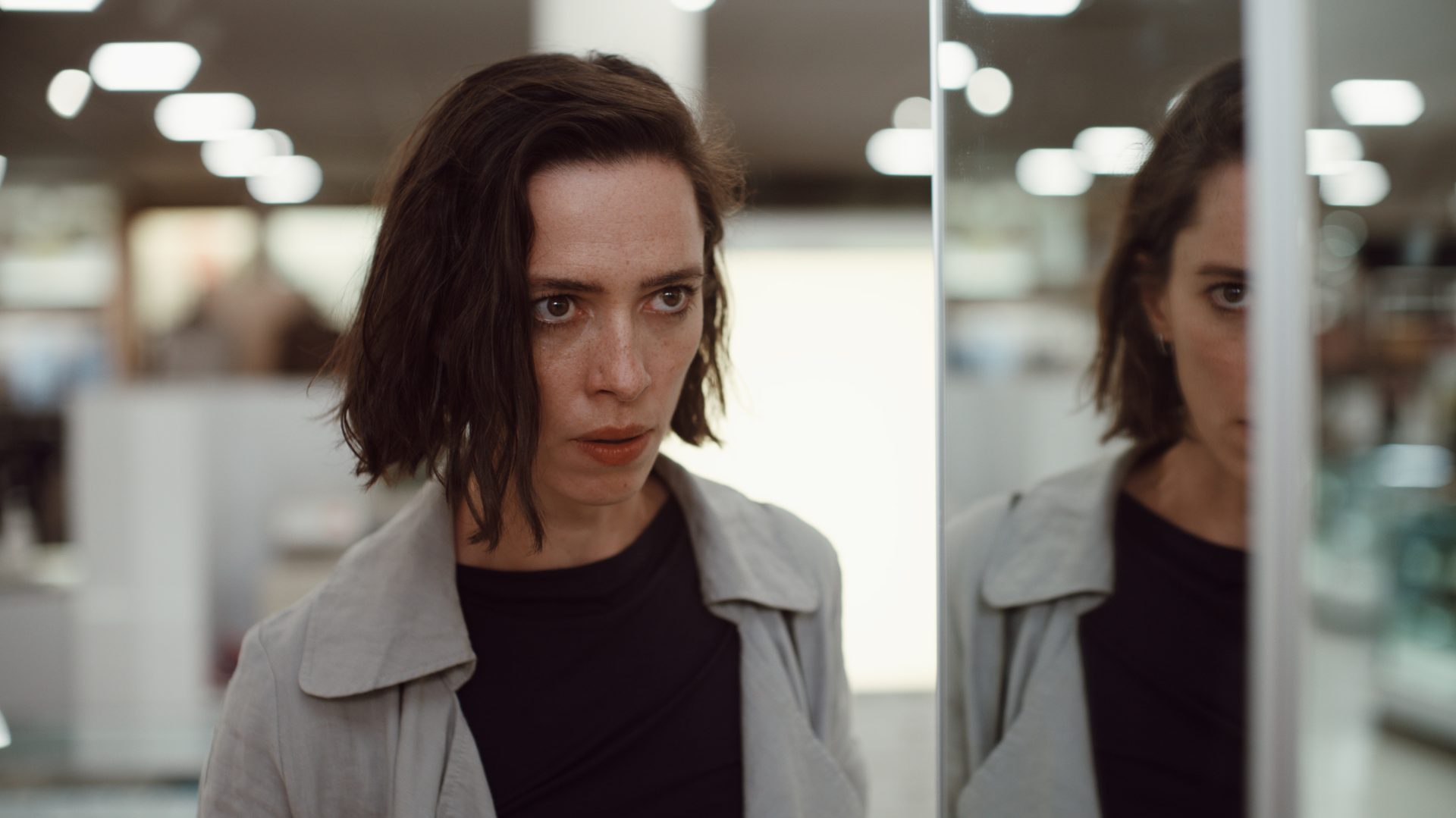 Resurrection is a psychological thriller that debuted at the Sundance Film Festival earlier this month. The film is written and directed by Andrew Semans (Nancy, Please).

In Resurrection, Margaret’s (Rebecca Hall) life is in order. She is capable, disciplined, and successful. Soon, her teenage daughter, who Margaret raised by herself, will be going off to a fine university, just as Margaret had intended. Everything is under control. That is, until David (Tim Roth) returns, carrying with him the horrors of Margaret’s past.

Resurrection is a showcase for Rebecca Hall’s (The Town, The Prestige) talents, she commands the screen throughout as Margaret. Her gradual spiralling from the perfectly put together woman we see at the start of the film is very well done, slow enough to make it believable without dragging it out. As a viewer, you initially trust Hall’s Margaret and believe what she is seeing to be true. As Resurrection progresses, the viewer is given more reason to doubt her perspective and question if she is to be believed.

Rebecca Hall’s performance is highlighted by a seven-minute monologue, which is done all in one shot with a gradual push in. There is nothing in the frame but Hall and she knocks it out of the park. The film veers into some surreal moments but Hall manages to keep her performance real enough to keep the viewer hooked.

Tim Roth (Reservoir Dogs, Pulp Fiction) is another actor who impresses. It may come as no surprise given his resume; he usually puts in a great performance. Details on Roth’s character David are not revealed right away; the suspense is built by keeping the viewers in the dark over who is he and how dangerous he is. Like Hall, Roth manages to make an odd situation seem believable. You go with Roth and Hall despite some of the more surreal elements of the film.

Wyatt Garfield’s (Beatriz at Dinner, Nine Days) cinematography is simple but very well shot. Resurrection has a desaturated look and feel with nicely composed shots. Given the story, the director Semans wanted something more sedate as to not make the film too crazy. It complements the story well. The music composition is a little more stylised, Jim Williams’ (Titane, Raw) score isn’t always present but comes in at vital moments. It’s a little unconventional, which fits the story perfectly.

Resurrection is a really good film; the only negative was a side plot at Margaret’s work involving Angela Wong Carbone’s (Chicago Med, Doublespeak) Gwyn. That didn’t really work for me. Her situation somewhat mirrors Margaret’s and it allows for some all-important exposition but I wasn’t given enough to connect with Gwyn and it took up time I would have rather spent on other things.

The positive aspects of the film vastly outweigh the negative however. Rebecca Hall and Tim Roth really owned the screen. Semans writing makes you unsure of what you are watching, what is real and what is delusion. Resurrection keeps you off balance pretty much the entire time. The ending is great, there will be different interpretations but it’s not too open ended.

IFC Films and Shudder recently bought the rights to Resurrection, IFC will release the film in cinemas and on demand, while Shudder will get the first streaming window. I would highly recommend seeking it out, especially for fans of horror and thrillers.