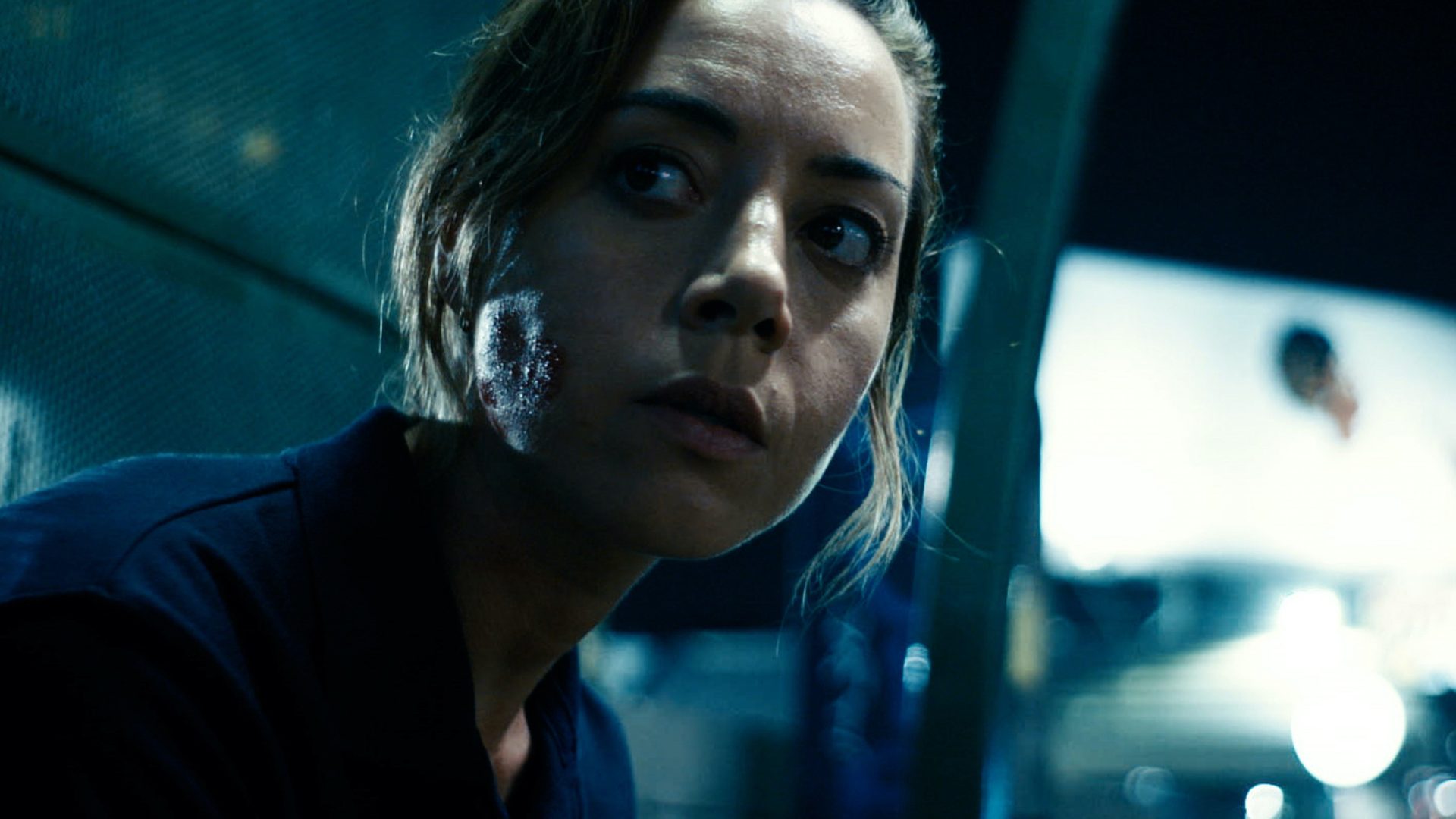 The film sees Emily (Aubrey Plaza) struggling with student debt and failing to get a good job due to having a minor criminal record. She takes a shady gig as a “dummy shopper,” buying goods with stolen credit cards supplied by a middleman named Youcef (Theo Rossi). Emily finds herself seduced by the cash and thrills of black-market capitalism.

Emily the Criminal is a really tight thriller that keeps moving at a good pace throughout its 93-minute runtime. Although the build up to Emily taking on the dummy shopper job is fairly short, it feels believable that she would tentatively take this step. It’s risky behaviour but the script establishes how down on her luck Emily is very quickly.

The film is commenting on the effects of student debt, how internships are exploiting people and also about the lack of security in the gig economy that we live in now. That is a lot to try and touch on so obviously it’s very light on each subject and that means the message may bypass some viewers. The scene relating to internships featuring Gina Gershon (Bound, Showgirls) and Aubrey Plaza may not strictly be needed but it is a great scene. It’s a tough balance to get your message across and also keep the thriller moving along, Ford did it well enough but there may be just too many facets to his message.

Producer and lead Aubrey Plaza (Parks and Recreation, Ingrid Goes West) is excellent as the titular Emily. The film is a little ridiculous when you look at the major plot points but good writing and Plaza’s performance completely sell the audience on these being plausible events. It’s a very restrained performance from Plaza, which works well as the storyline becomes a little more out there.

Theo Rossi (Sons of Anarchy, Luke Cage) brings layers to the character of Youcef. At first, he appears like the stereotypical dodgy dealer but there is more to his character. This is revealed to the audience bit by bit, you may find yourself rooting for him by the end of the film. Rossi does a really good job and has good chemistry with Plaza.

The cinematography by Jeff Bierman (First Love, Friday’s Child) really adds to the thriller. Emily the Criminal is mostly shot handheld on a 50mm lens, there are lots of close ups giving it a raw feel without it being too shaky. Nathan Halpern’s (Watcher, The Rider) music is very well placed. A lot of silence, ramping up the heavy beats when the story requires it to aid in building the tension.

Emily the Criminal is one of the best films to come out of Sundance this year, its international and US rights have been sold already so you will get a chance to see it in the coming year. Aubrey Plaza sells the story and makes it feel believable that this could and does happen in real life. John Patton Ford has made a highly accomplished film, considering this is his first feature it is a great success. Emily the Criminal is a film to keep an eye out for in the future.