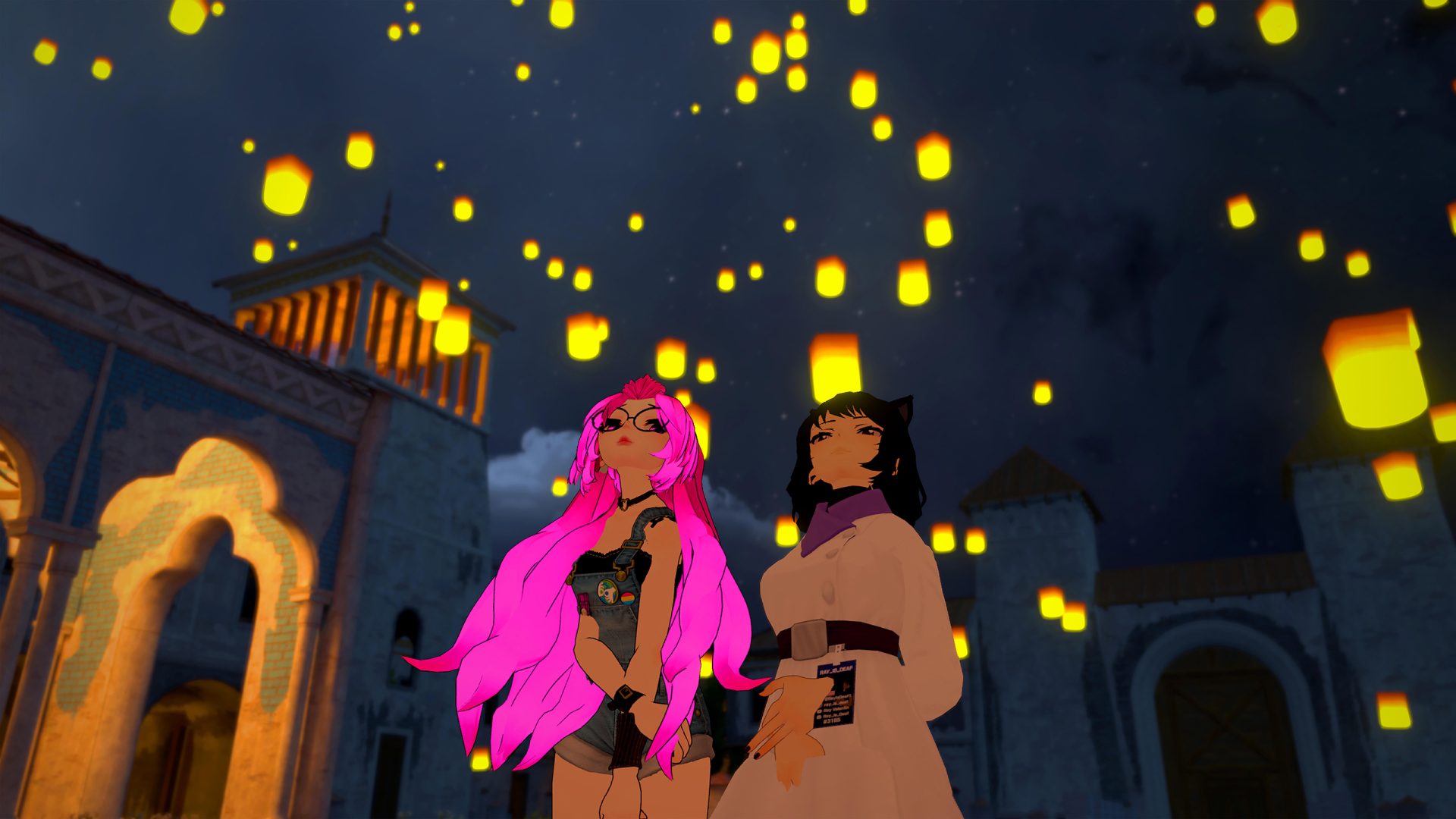 With the emergence of NFTs , Cryptocurrency and Metaverses, Joe Hunting’s documentary We Met in Virtual Reality has found the perfect time to be relevant. VRchat originally released in 2014 via Microsoft Windows application, is both the subject and platform Hunting used to shoot the documentary. VRchat is a virtual world in which users can create 3D avatars and interact with each other. While marveling at the ability to film and conduct interviews in such a space it can be a bit confusing for those not used to the platform.

The 90-minute documentary opens up with a group of avatars learning how to drive in the virtual space.  While this provided quite the laugh, it did set expectations on how this documentary might present itself going forward. Conversations are happening simultaneously at times making for a confusing experience for the viewer. Hunting, however, strikes up a balance with one on one interviews to keep the viewers engaged.

We Met in Virtual Reality follows a group of users in avatar form for the entirety of the film. Two couples, DustBunny & Toaster and DragonHeart & IsYourBoi takes us through building relationships within a virtual space. Toaster was mute for two years but finding the virtual space helped him let go of his anxiety and began to talk again. Toaster jokes that after meeting DustBunny he can’t stop talking. The couple have meet once in the real world but due to Covid restricts of their countries they had only been able to meet that one time. During covid the VRChat allowed the couple to blossom their relationship and grow extremely close , a chance they wouldn’t have in the real world.

DragonHeart and IsYourBoi are also navigating a long-distance relationship that thrived during covid via the VRChat space. The viewer was allowed to witness an engagement ceremony between the two , where they affirmed their commitment to each other in both VRChat and the real world.

The documentary isn’t all rose-colored glasses. It dives deep into some of the reasons why people turn to VRChat. From battling addiction, to mental health issues, to suicide attempts this documentary does a great job of showing some of the relief these communities can provide to those that need it. Several times it is mentioned that there are no expectations put on you in the VR space as in the real world. You are free to be whoever you want with no judgement. The current state of society being extremely judgmental via social media one can see the draw this type of community would have to a lot of people

One of the main users the documentary focuses on is Jenny who is an ASL teacher. With the help of user Ray_Is_Deaf , Jenny was able to adapt her ASL teaching to the virtual space. Jenny takes us through how she instructions people in the virtual space and some of the complications due to VR equipment when it comes to signing. Jenny gives the viewer great insight into what this space means for others. She translates a ceremony Ray_Is_Deaf participates in honoring his brother who sadly took his own life. Ray_Is_Deaf used VRChat and the community to help facilitate the healing process.

Though We Met in Virtual Reality starts out as corky and cute it really does address the reasons why people turn to the VR space and why it is so necessary for some. With the lack of adequate of mental health care in multiple countries, it is always nice to see any outlet that people can use to help them in their time of need. For some the VR space is just good fun. While Joe Hunting’s documentary can be a bit confusing at times, the overall message comes screaming through and it is one to invest your time in.

Sundance 2022: ‘Palm Trees and Power Lines’ is a Tough Watch but an Excellent Film