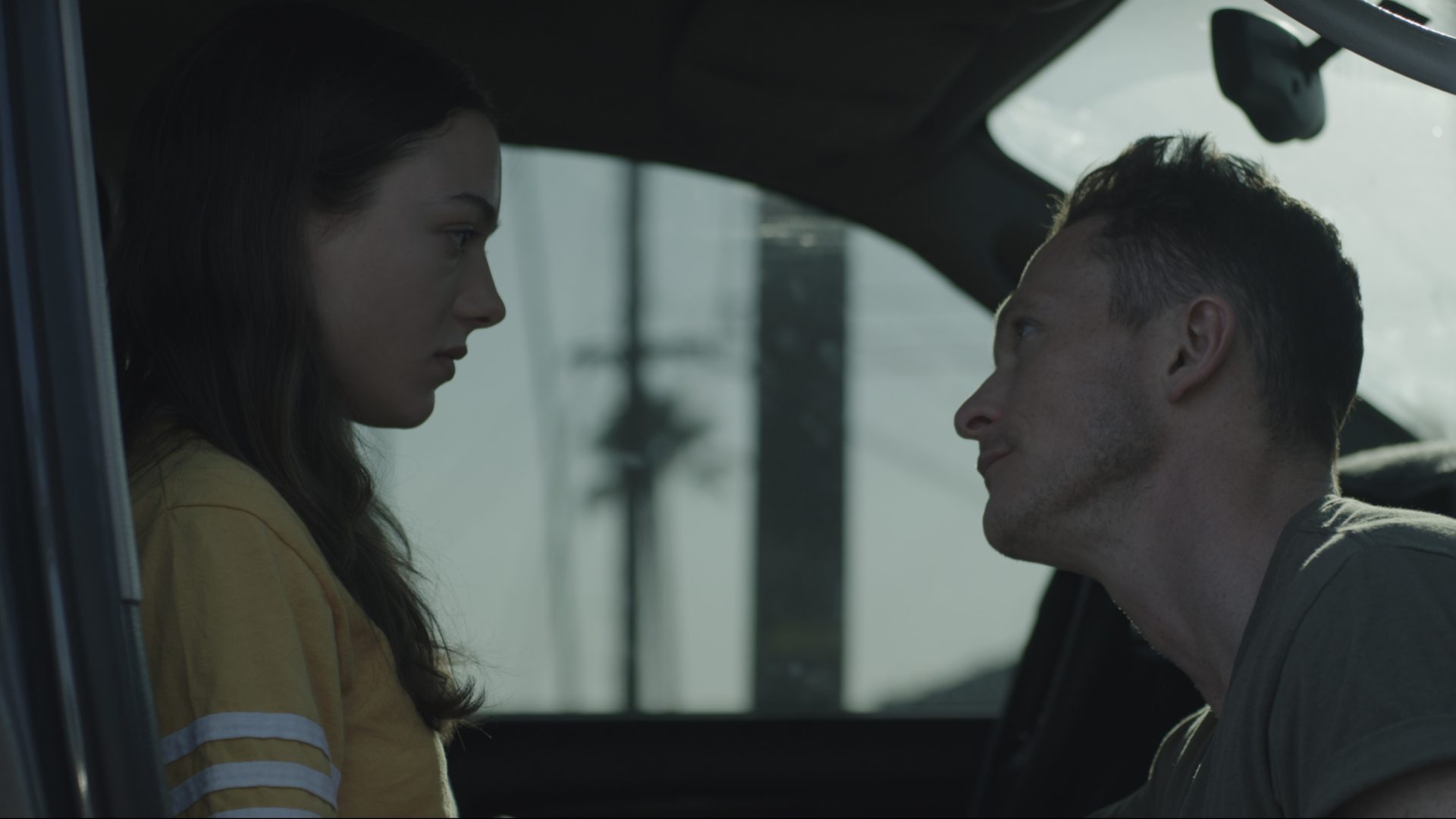 Palm Trees and Power Lines sees a disconnected teenage girl Lea (Lily McInerny) enter a relationship with a man twice her age (Jonathan Tucker). She sees him as the solution to all her problems, but his intentions are not what they seem.

Lea is bored with her life, fed up of drunken hangouts and bad hook-ups with school friends. Tom helps Lea out when she gets in trouble for a dine-and-dash and from there their relationship grows. Tom gives her the attention she needs but as time goes by, the power he holds over her becomes clear and puts Lea in some bad situations.

Palm Trees and Power Lines is not an easy watch by any means, which is exactly as it should be for this subject matter. Jamie Dack and co-writer Audrey Findlay do a great job of showing the grooming process without glorifying it, something that is hard to do. As an audience, we see why Lea would be tempted by Tom but we also know what is really happening and where this is going.

The film ultimately rests on newcomer Lily McInerny’s shoulders, and she doesn’t disappoint. This is her first role and she is incredible in what is a hugely challenging role. We feel Lea’s isolation and why she is a perfect target for Tom. McInerny sells Lea’s initial apprehension over trusting a guy twice her age and then being won over by him. Lea is transformed by Tom’s attention, McInerny plays the character with a completely different aura. As things go sideways towards the end of the film, the camera focuses on McInerny’s face, her pain is evident for everyone to see and feel.

Jonathan Tucker (Kingdom, Debris) has an incredibly difficult role as Tom, but pulls it off well. Interviews with Tucker show how difficult it was for him to inhabit this character. He’s an experienced actor and always does a good job, Palm Trees and Power Lines is no exception. Tucker conveys how charming Tom is, he plays him like he’s a good guy. It’s the situation that makes Tom creepy, Tucker doesn’t make him a stereotypical villain. It’s a great performance.

Palm Trees and Power Lines does an excellent job of showing the horror of the situation without being graphic. Jamie Dack’s direction is great and she is worthy of the directing award she won at Sundance. This film is an adaptation of a short of the same name Dack made in 2018. At nearly 2 hours long, Dack does well to keep the film interesting and intense. The extra time she has in a feature helps to develop the relationship between Lea and Tom, as well as establish what makes Lea a good target for Tom in the first place.

Chananun Chotrungroj’s (The Third Wife, Materna) cinematography is beautiful. There are no gimmicks and it’s not fancy per se but the film is well lit with great composition. The decision to focus solely on Lea at times is perfect, it’s her pain we need to see. The cinematography, music (or lack of it) and the direction together help to not romanticize the couple. They help make it clear that this is not a Hollywood love story.

Palm Trees and Power Lines is not a movie I see myself watching again as it’s not an enjoyable watch. However, I would recommend watching it. Raising awareness of situations like this is important, pretending it doesn’t happen isn’t going to help anyone. Jamie Dack does an excellent job of showing the grooming process without glorifying it, we understand why Lea is won over by Tom but we hate that it’s happening. Not having a traditional score works to its advantage, the tension can often be cut with a knife.

I’d recommend watching Palm Trees and Power Lines, it’s an incredibly well-made film. Lily McInerny’s performance has to be seen, hopefully she goes on to book many more jobs in the future.