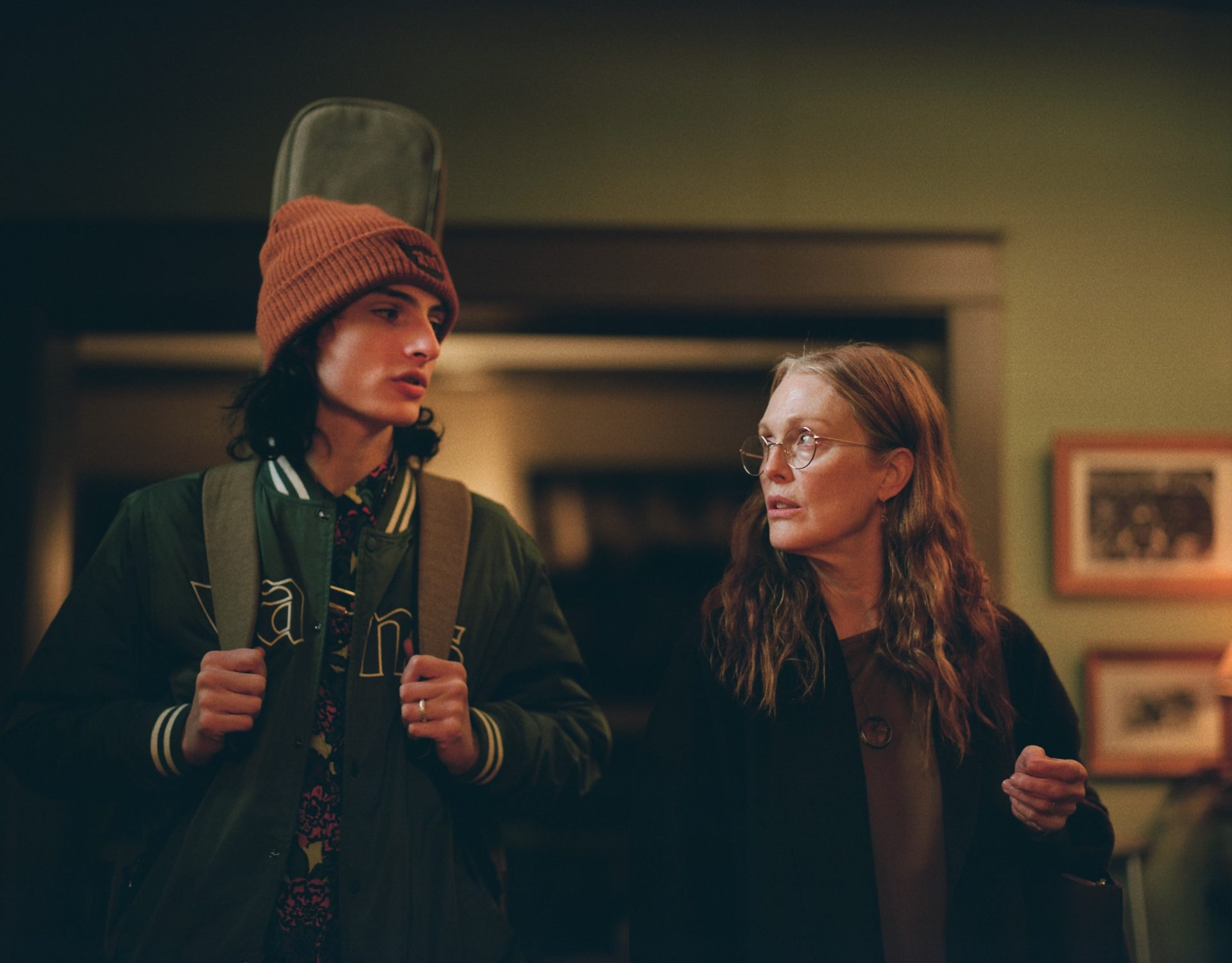 When You Finish Saving the World was one of the films to premiere on opening day of the Sundance Film Festival 2022. It marks the feature length debut for writer and director Jesse Eisenberg, the actor known for films such as The Social Network and The Squid and the Whale. The synopsis is as follows:

Evelyn (Julianne Moore) has devoted herself to helping people in hard times, but she struggles to connect with her son Ziggy (Finn Wolfhard), an aspiring internet star oblivious to the problems of the world.

When You Finish Saving the World started life as an audiobook with Finn Wolfhard again starring as aspiring musician Ziggy Katz. Eisenberg wanted to adapt it for the theatre but realised that it was better suited to life on the screen.

The film is meant to be a drama-comedy but doesn’t have enough humour in it to justify that. The drama is there but it is low stakes and can tip into melodrama. The family drama isn’t interesting enough; the story is difficult to truly engage with. Julianne Moore and Finn Wolfhard are the real standouts of the film, despite playing unlikeable characters.

Julianne Moore (Still Alice, Far From Heaven) plays Evelyn, the mother in the film. She works at a women’s shelter and generally seems pretty fed up with life when we meet her. Evelyn wants connection with her son but isn’t getting it and looks to a boy at the shelter to fill that need. She is a cold character, very distant from everyone but not necessarily wanting it to be that way. Evelyn is awkward and very particular. She’s not always the nicest person and is difficult to have a connection with as a viewer. Moore plays the character well.

Finn Wolfhard (Stranger Things, IT) is Evelyn’s awkward son Ziggy. A budding internet music star, Ziggy is desperate for connection in the real world. He is distant from his parents and struggling to get a girl he likes to notice him. Ziggy is a brat and his music is not my taste but Wolfhard brings something to him so that you don’t completely hate him. But I wouldn’t want to spend any more time with him.

The rest of the cast is fine but there isn’t really enough material for them to make much of an impression.

The cinematography is nice but nothing exceptional. Eisenberg wanted the film to look simple and somewhat homemade so Benjamin Loeb (Mandy, Pieces of a Woman) doesn’t get to be too creative. Shot on 16mm film, the grain of the film helps Loeb achieve the desired look. Production designer Meredith Lippincott (Bad Education, Never Rarely Sometimes Always) does a great job of making everything feel very lived in and real.

Composer Emile Mosseri (Minari, Kajillionaire) has created a really interesting, eclectic mix of music. Alongside the two leads, Mosseri’s work is the best thing about When You Finish Saving the World. His work really ties the film together and elevates the material.

Jesse Eisenberg’s voice is very evident in both Moore and Wolfhard’s characters. It is impressive that his first feature has his identity stamped all over it. However, the film lacks a real purpose. The characters are going on a journey but it all comes to a head so quickly, too quickly. It feels a little unearned. He didn’t quite hit the beats needed to make this feel worthwhile.

For a film that is only 88 minutes long, it takes forever to get to where it’s going. It meanders too much, there just isn’t enough material to drag it out into a feature. When You Finish Saving the World may have made an ok short but it definitely doesn’t work as a feature. There are signs that Eisenberg has what it takes to make a good director, despite it being an understated effort. Ultimately the script isn’t quite there to make a great film, despite a good effort from Julianne Moore and Finn Wolfhard.

When You Finish Saving the World is available to view via the Sundance Film Festival’s website for the next few days. Subsequent distribution by A24 is yet to be announced.

Sundance 2022: ‘Call Jane’ is a Solid Yet Unspectacular Film About the ’60s Jane Collective