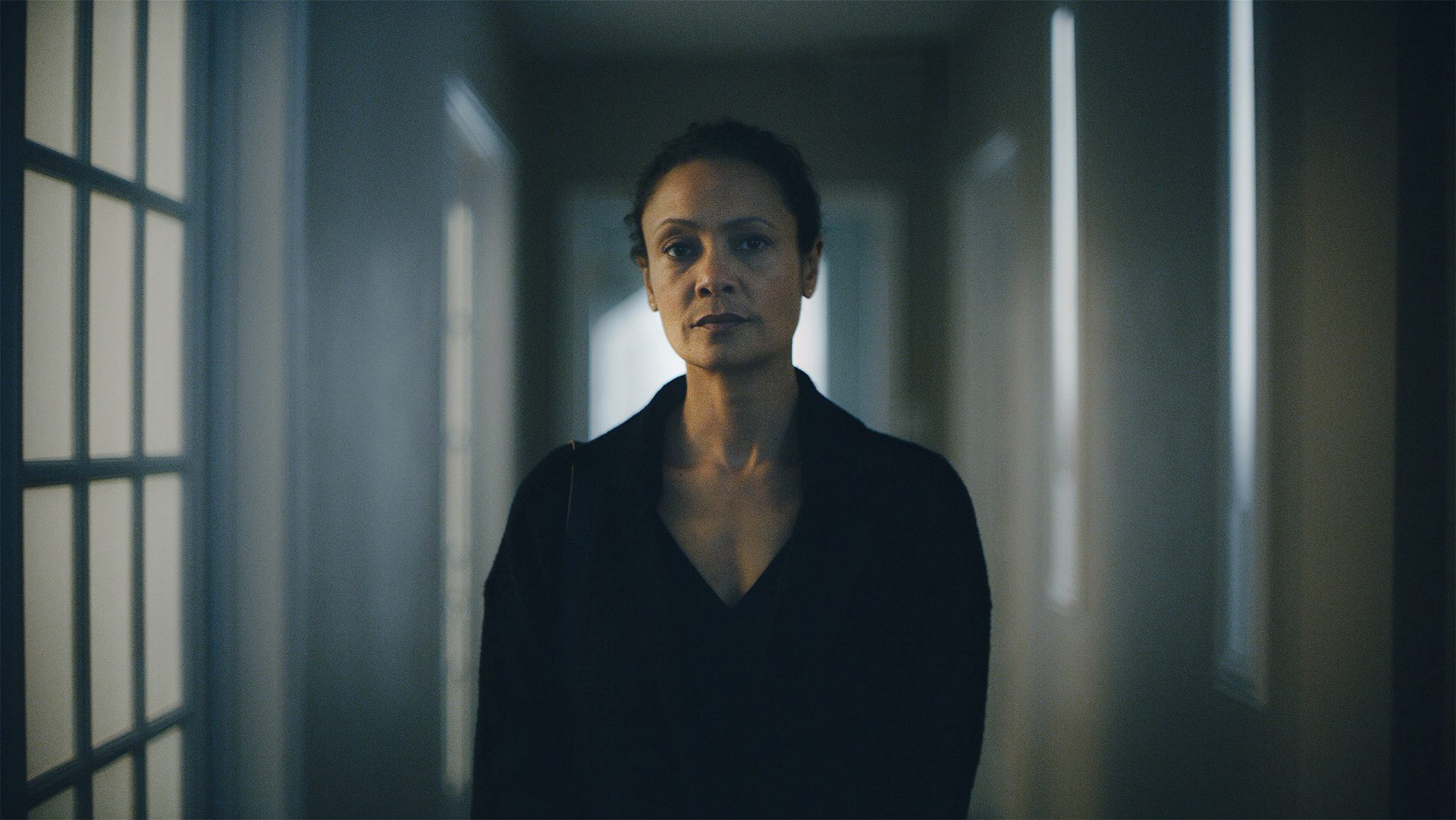 Sandra (Thandiwe Newton) is very tired. It’s been years of trying (and failing) to please her recently deceased mother, while also navigating the challenging politics and power dynamics at the college where she teaches. It’s a confrontation with two hunters trespassing on her property that ultimately tests Sandra’s self-restraint, pushing her grief and mounting anger to their limits. It becomes an escalating battle of wills with severe consequences.

Higgins has previously released a similar film, Winter Light, which was a short based on a James Lee Burke short story. God’s Country is an updated, more modern take on the story. I don’t think there is enough in the script to justify a feature length film, it would work better as a short.

It feels like the film is building to something and I was expecting more, more of everything. It’s just a little too slow and a little too much of nothing. In the end, there is a climatic event that somewhat justifies the build-up, but it could have happened sooner. Thandiwe Newton is a great actor and puts in a strong performance as Sandra. However, there’s too much of Sandra doing very little. I don’t need that much nothing to see that she is grieving, it felt like a lot of unnecessary filler, as good as Newton is.

The opening scene is a slideshow of American explorers, something that makes sense in retrospect but at the time seems an odd choice. I’m not sure every audience member will remember that scene never mind take the message from it.

The Montana scenery is beautiful and it is well captured by Andrew Wheeler (Small Crimes). There is a bleached out look to the film, something that works well with how Sandra is feeling. DeAndre James Allen-Toole’s composition builds the tension nicely throughout.

I like the central idea that something that feels so insignificant is the straw that breaks the camels back. The racism, misogyny etc. that Sandra has been fighting for so long, together with her grief, push her over the edge. God’s Country is all about Thandiwe Newton. It works as well as it does because of her performance, without Newton it would fall apart.

God’s Country has lots of good elements but ultimately cannot sustain its 102-minute runtime. It’s a shame as there is a good film in there. God’s Country is described as a thriller but it feels more like a drama as the thrills aren’t sustained. It’s a subtle film led by a subtle performance, the portrayal of rage is strong and nuanced. If you’re prepared for a slow, slow burn you should keep an eye out for God’s Country to secure distribution. Thandiwe Newton’s lead performance is worth watching.