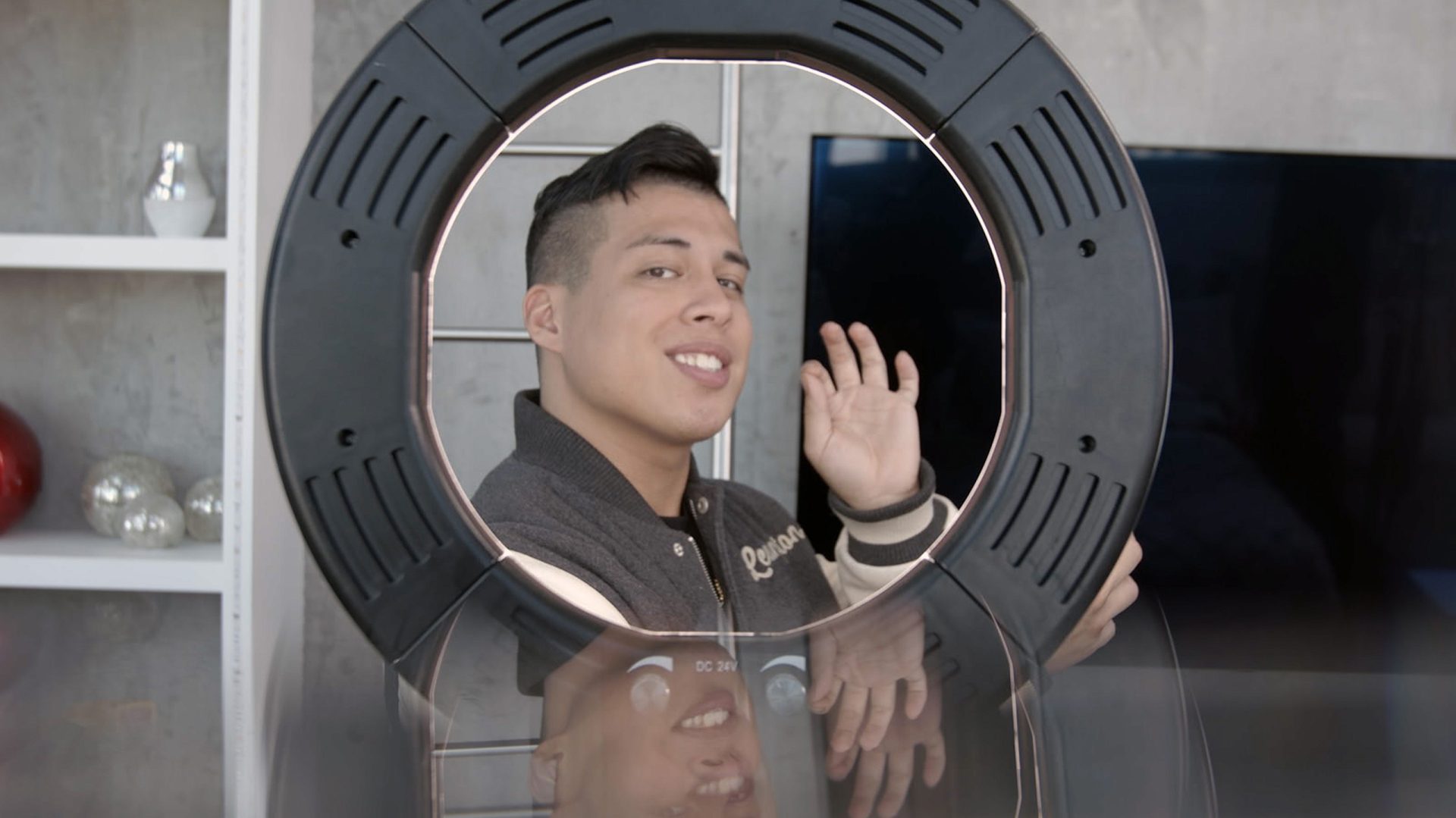 TikTok a social media app run by Beijing-based ByteDance is a fast-growing app stating it has a billion users posting short videos each month. TikTok Boom Shalini Kantayya’s documentary about the “booming” social media app rivaling Mark Zuckerburg’s empire examines both the good and the scary aspects of this popular app

The documentary follows three prominent TikTok users Feroza Aziz, Spencer X and Deja Foxx. Feroza was one of the few middle eastern students at her school. Feroza, teased at school and feeling a sense of loss with her community, turned to TikTok to connect. She found the community on TikTok to be more accepting than the community at her school. By posting videos of her heritage she quickly grew a following. However, using the platform to speak out about the disappearance of Muslims in China caused her videos vanished. She then began hiding her political messages within beauty tip videos to circumvent what she believed was censorship. Though it worked at first, she soon found her account banned.

Spencer X started beat boxing at 15. Despite the obvious uphill battle Spencer decided to forgo college and started performing in subways for money. Once he discovered TikTok he started posting videos and became an immediate success. He now does branding for companies and even appeared on award shows. He has been able to make a very good living due to the platform.

Deja Foxx became famous when a video of her grilling her congressman about her reproductive rights went viral. She uses the platform to bring awareness about politics to the people around her. She also founded an online community called the Gen Z gang.

While the documentary showcases how these Tik Tokers had success with TikTok it didn’t shy away from showing stories of burnt-out individuals, getting hate from viewers and needing to step away for mental health reasons. The documentary did mention that some people use TikTok to support themselves and family, so they do not simply have the option of deleting the app.

In addition to following these TikTok users, the documentary touches on the geopolitical landscape TikTok has to navigate. This including the fight over security concerns by the US Government, and the privacy concerns with minors. The documentary highlights clips of middle age men doing duets (a feature were you can take someone’s video without their permission and splice it with yours) with very young girls. This was a time before TikTok forced younger users to have private accounts.

The documentary touches on the algorithm and how it can feel almost intrusive. Unlike Facebook which uses groups and friends to determine what is marketable to a user, you do not have to follow anyone in TikTok. It deems its information based on the videos you watch. While this will allow for users to see content that is most interesting to them, there is a benefit to diversifying opinions. If you show a teenager video about how the world is flat and only allow them to associate with others that feel the same way that child is more than likely to accept this to be true. This could easily be used as a form of manipulation during political campaigns.

The term shadowbanned was brought up by several African American Tik Tokers stating that their videos would not get views. Shadow banning is banning a person social media without their knowledge.  While the Chinese version of TikTok, Douyin has very strict rules about what you can wear, how you look and what you can say, showcased by TikTok user Jason Zhang (he is constantly cut off due to his tattoos) TikTok claims they do not censor people this way outside of China. The documentary gives us speculation however, that this is not necessarily true.

TikTok Boom is only 90-minute documentary, so it tries to touch on several subjects broadly, not giving us enough detail on either. While it is a good piece on the introduction to TikTok for people who know nothing about it, some of these subjects could do with more detail.

Sundance 2022: ‘Palm Trees and Power Lines’ is a Tough Watch but an Excellent Film