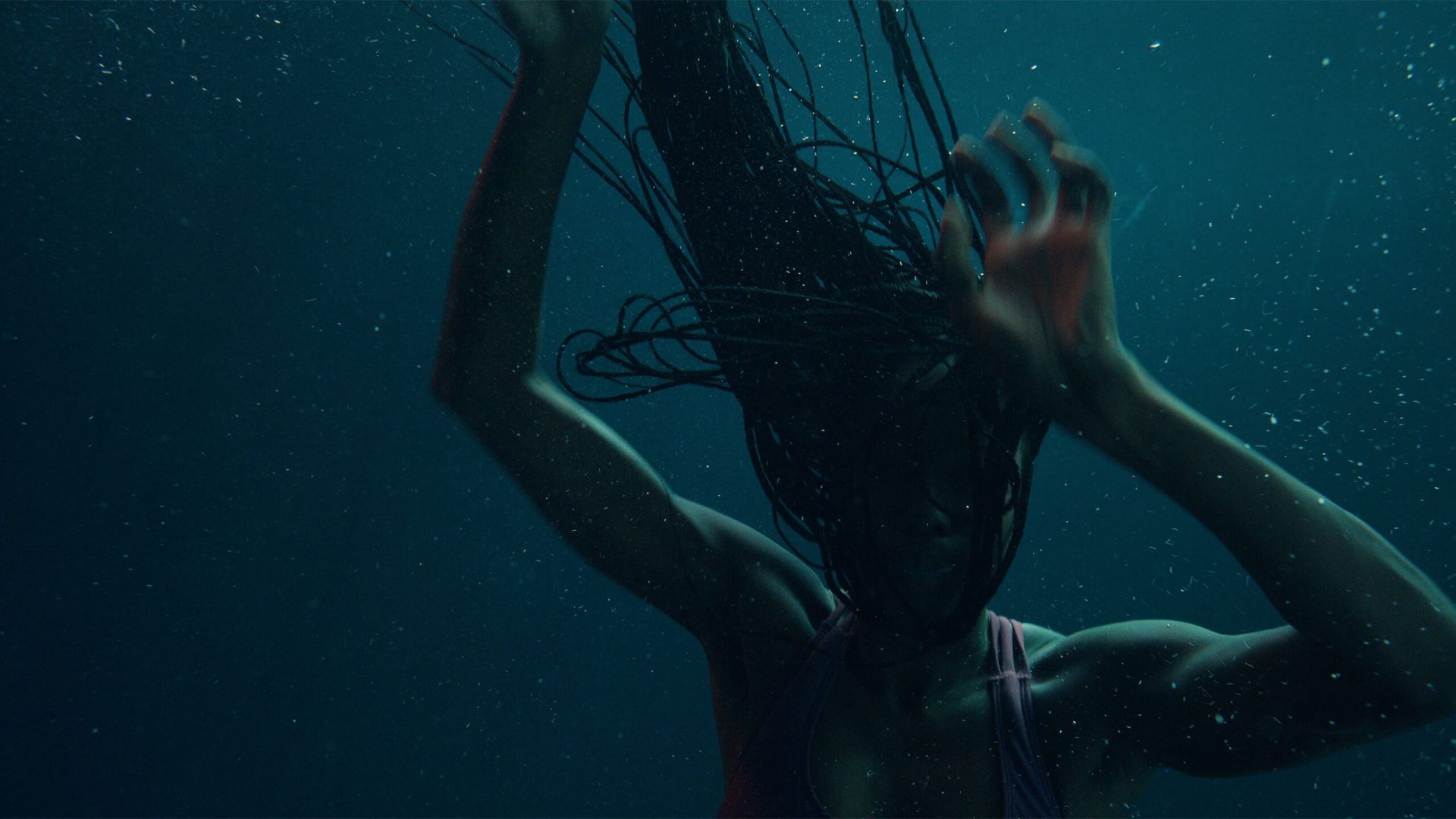 Nanny won the US Grand Jury Prize Dramatic at the Sundance Film Festival 2022. Written and directed by Nikyatu Jusu (Suicide by Sunlight), it is her first feature film.

Aisha, a Senegalese immigrant, gets a job as a nanny for a wealthy family in New York City. She wins over the daughter, Rose, easily but Aisha becomes a pawn in the parents’ marriage. Aisha has left her son Lamine behind in Senegal and is attempting to raise the money to bring him to the US. As his arrival nears, a supernatural presence invades her dreams and her reality.

Nanny is a horror drama; it has elements of horror but it’s not terrifying. The film is good however at building a general feeling of dread, something more suited to the story than big scares.

Anna Diop (Titans, Us) is terrific as Aisha. Diop herself was born in Senegal and moved to the US as a child, so she can deeply relate to the subject matter. She sells Aisha’s pain so well; we see how torn Aisha is over being away from her son while trying to provide a better life for him. As the film progresses, she has enough of the parents Adam (Morgan Spector) and Amy (Michelle Monaghan) messing her around and we see some of her rage come out. Diop does a great job throughout.

Rose’s (Rose Decker) parents, are played well by Michelle Monahan (Gone Baby Gone, Source Code) and Morgan Spector (Homeland, Boardwalk Empire). Both Amy and Adam initially seem friendly and respectful toward Aisha. However, as Nanny progresses, we see that they have no intention of going out of their way to help Aisha, they won’t even pay her on time. Their performances have subtlety, not just stereotypical bad people performances.

The cinematography from Rina Yang (Top Boy, Becoming) is beautiful. It helps that the apartment which most of the film is located in is stunning and has lots of visually interesting components. But Yang’s lighting and composition is great and really makes the most of the location as well as the other areas Nanny takes place in. Yang adds to the creepiness factor through her shot choices.

Bartek Gliniak (A Cat with a Dog) and Tanerélle provide the music. It is a good mix, raising the tension when Aisha’s dreams are slipping into reality, but also using more upbeat music for Aisha’s burgeoning relationship with doorman Malik (Sinqua Walls).

Nanny uses the African folklore of Anansi the spider and also Mami Wata the mermaid. This is what sets Nanny apart from a lot of other films. There is an extra layer to it, we get the backstory of what these characters mean from Malik’s grandmother Kathleen (Leslie Uggams). Those scenes may be a little heavy handed with the exposition needed but Uggams (Deadpool, Roots) handles it well and makes it feel more than just an info dump.

Nanny builds to an impactful conclusion, unfortunately there’s then a final couple of minutes that feel like an afterthought. It rushes through some events that could either be cut completely or expanded upon. It’s a shame as the emotional hit of the conclusion is great and then it gets a little muddied. I won’t expand as not to spoil the film. I still feel like it’s a good film but the ending lowers my opinion of Nanny slightly.

Nikyatu Jusu intended for Nanny to be a love letter for mothers excluded from the American dream, something I think she achieves well. This is a highly impressive first feature and I can see why it won the main prize at Sundance. I’m looking forward to seeing more from Jusu in the future. Jusu’s vision and tight script, together with Diop’s performance make Nanny great. The film hasn’t secured distribution yet but I’m sure it’s just a matter of time.