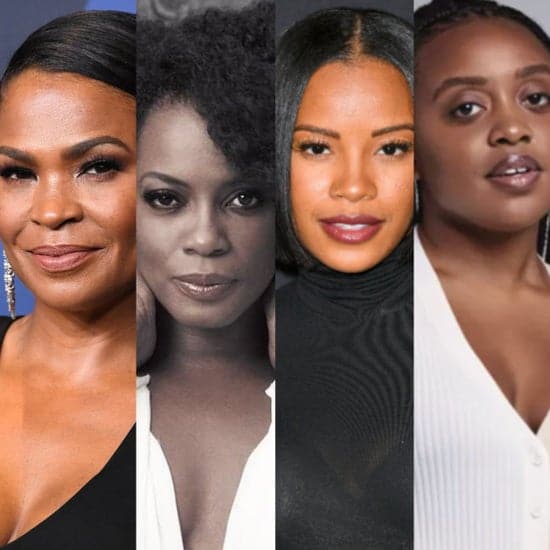 THE STAR-STUDDED RED CARPET EVENT WILL BE HOSTED BY ACTOR DAMSON IDRIS AND WILL TAKE PLACE ON THURSDAY, MARCH 24TH, IN BEVERLY HILLS, CA

BOTH EXPERIENCES WILL STREAM ON ESSENCEStudios.COM and ESSENCE.com

(March 2, 2022) New York, N.Y.—ESSENCE, the leading and only 100% Black-owned media, technology and commerce company at scale dedicated to Black women and communities, announces its slate of honorees for its milestone 15th anniversary ESSENCE Black Women in Hollywood Awards. As one of Hollywood’s most highly coveted events during awards season, ESSENCE Black Women in Hollywood recognizes the extraordinary achievements of the industry’s most inspiring Black women who are helping diverse Black stories to be told. Taking place on Thursday, March 24th, at the Beverly Wilshire in Beverly Hills, CA, ESSENCE will mark this momentous occasion by highlighting “The Black Cinematic Universe” and honoring luminaries: actress/producer/director Nia Long (You People), Oscar-nominated actress Aunjanue Ellis (King Richard), actress/comedian/creator Quinta Brunson (Abbott Elementary) and actress Chanté Adams (A Journal For Jordan.) This year’s star-studded affair will be hosted by actor Damson Idris (Snowfall.) Additional talent to be announced soon.

Since its inception in 2008, the ESSENCE Black Women in Hollywood Awards have honored some of the most cherished figures in the industry. This year’s star-studded affair will be commemorated in ESSENCE’s March/April print issue (on newsstands now), which recognizes 124 power players and creatives across film, TV and streaming, and in a special digital split-cover issue highlighting each Black Women in Hollywood honoree.

“We believe Black women are the CEO’s of home, community and industry. For a decade and a half, ESSENCE has spotlighted and honored the Black women who curate and shape Hollywood and the entertainment ecosystem from a variety of roles and positions. We are proud to again commemorate their achievements at our signature awards luncheon and throughout the year,” said Caroline Wanga, ESSENCE CEO. “This year—as we highlight the Black Cinematic Universe—our four honorees collectively exemplify multigenerational strength, influence, impact, and power in the tapestry of the honorees that preceded them and the honorees yet to come. We look forward to celebrating their achievements in unity with the 31 million Black women that call ESSENCE home and the communities they represent.”

“Honoring breakthrough moments, emerging talent and cinematic legends have always been our guide when choosing our Black Women in Hollywood honorees,” says Cori Murray, ESSENCE Deputy Editor. “This year—our 15th anniversary—we proudly continue celebrating actresses championing for authentic portrayals and diverse storytelling across film, television and streaming. Much like our theme, the Black Cinematic Universe, the power in our presence is infinite.”

In addition, ESSENCE’s Oscar week activities will culminate with its third annual ESSENCE Hollywood House, which will be held on Friday, March 25th. ESSENCE Hollywood House was developed to provide compelling and engaging live content aimed at sparking meaningful conversation and action to drive more inclusion in Hollywood, as well as to provide an opportunity for Black creatives—aspiring and established—to educate, collaborate and empower one another with a purpose. The experience will feature thought leaders, industry stakeholders and members of the creative community including actors, directors, writers, showrunners, studio heads and others who will lead a curated schedule of interactive conversations, virtual panels, masterclasses, fireside chats and more. It will be featured on ESSENCEStudios.com and ESSENCE.com on March 29th.  ESSENCE Hollywood House is sponsored by Disney’s Onyx Collective & Warner Bros Television Group.

ESSENCE.com is giving fans exclusive access to the style and substance of Black Women in Hollywood by live streaming all of the red-carpet action, including interviews with the stars, starting at 11:30 a.m. PST/2:30 p.m. EST.

Arrested Development returns to Netflix in 2018